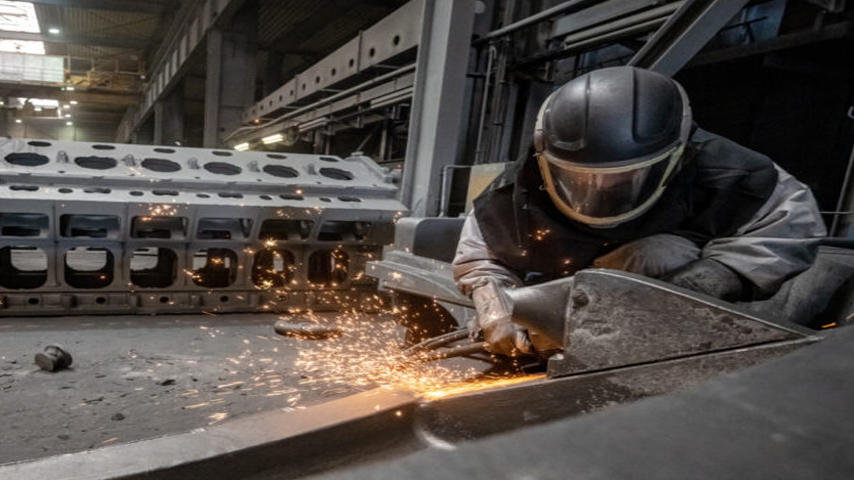 Heavy industry experts have warned the European Commission that the EU faces the danger of “permanent deindustrialisation” should Brussels not act now to save the sector.

Senior players within the heavy industry sectors are warning that the European Union is now in danger of “permanent deindustrialisation” if action is not taken to alleviate pressure on businesses from the ongoing energy crisis.

The warning comes after a survey in the United Kingdom revealed that up to six in ten factories currently operating in the country could be forced to close over surging costs, with many having seen their energy bills rise by 100 per cent or more.

In a letter published by non-ferrous metals industry group Eurometaux, industry leaders warned that the EU’s heavy industry is also in grave danger.

“We are deeply concerned that the winter ahead could deliver a decisive blow to many of our operations, and we call on EU and Member State leaders to take emergency action to preserve their strategic electricity-intensive industries and prevent permanent job losses,” reads the document, which was sent to President of the European Commission Ursula von der Leyen, European Parliament President Roberta Metsola, and European Council President Charles Michel.

“Producers face electricity and gas costs over ten times higher than last year, far exceeding the sales price for their products,” it continued. “We know from experience that once a plant is closed it very often becomes a permanent situation, as re-opening implies significant uncertainty and cost.”

“We are deeply concerned that Europe faces a critical situation for the foreseeable future, with a perfect storm of sky-high electricity prices, no energy market liquidity due to insecure gas supplies, a continued nuclear and coal-phase out, and the remaining power sources being insufficient to cover market needs,” the document adds, ultimately warning of a “permanent deindustrialisation” of the EU.

Energy Bills Could See Up to Six in Ten UK Factories Forced to Closehttps://t.co/EtWHhUWXRu

The letter goes on to urge European Union politicians to take swift action to help alleviate the crisis, with the industry experts putting specific emphasis on the lifting of various green agenda taxes and tariffs for the purpose of making energy cheaper.

In particular, Eurometaux urged lawmakers to “address the excessive price of fossil fuel power generators” as well as work to reduce the price of excess carbon emissions that cost an arm and a leg thanks to the bloc’s green levies and rules.

While these demands do appear to have merit — with newly minted British prime minister Liz Truss announcing the relaxation of various green rules on Thursday in the hopes of curbing the energy crisis in Britain — the European Union’s hardcore commitment to climate ideology could prevent such steps being taken.

For example, in Germany, authorities have still refused to fully U-turn on the decommissioning of its three remaining nuclear power plants despite the ongoing threat to energy security, only recently expressing a willingness to keep two of the three stations in cold reserve, supposedly able to be turned on should they be required.

This alternative arrangement to just keeping the plants online has been described as being “technically not feasible” by those in the industry, however.

Other authorities have been more inclined to force their populations to do most of the grunt work to avert disaster, with French President Emmanuel Macron ordering the general public to engage in energy “sobriety” befitting a period marking what he termed the “end of abundance“, while von der Leyen has called on people to “flatten the curve” with “mandatory energy rationing”.

How much rationing these leaders will have to endure in their own lives remains to be seen, with Macron coming under fire earlier this year for riding around on a jet ski while on holiday, despite the vehicle being known for being extremely environmentally inefficient.

Hey, remember the time when we totally got COVID wrong? Yeah. Here's another nutty solution that will totally fix this massive existential problem!https://t.co/OBcWd55NKV