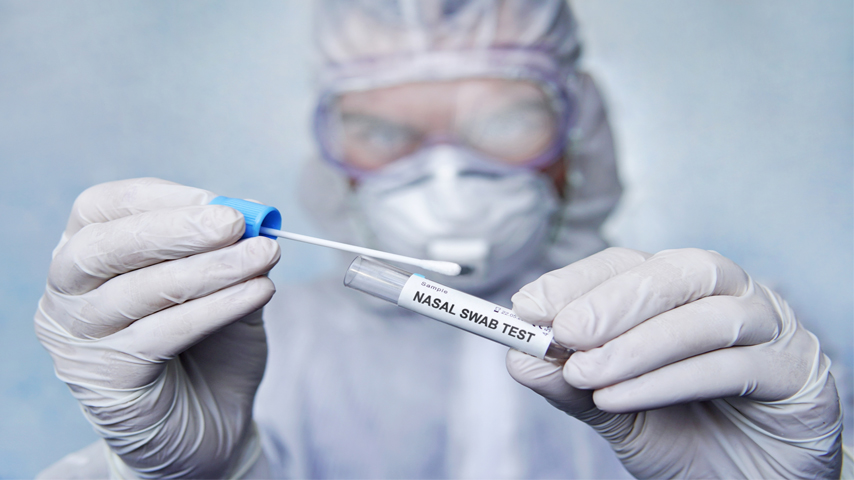 Diego Barrientos of CEVICAS International Group has been researching the decoding of MAC addresses and other aspects related to the composition of the DARPA hydrogel.

In one of the videos he has shared on his channel, he talks about the symptoms of radiation exposure and relates them to a radioactive metal that has been detected in PCR swabs, technetium. This has been corroborated using Geiger counters.

Diego Barrientos: Symptoms of radiation poisoning. Weakness, fatigue, fainting, confusion, dehydration, diarrhea, fever. Fever. A lot of people are reporting this right after… You understand me, right? Immediately after they… through their nostrils. They’re having what they already know introduced up to their skull, up to here. In the name of a test. You know. Right. People have all these symptoms.

Why am I telling you this? Look. Look at this. This is real. This is a person who shouldn’t have done this. She was told not to do it, but obviously, those with hacker minds always do it. Can anyone tell me if you can see the video correctly?

Greetings to all, thank you.

They’re detecting radioactivity in something they’re shoving up their nostrils up to here, OK? Alright.

Biotechnology graduate Lorena Diblasi, a person with a lot of studies, an excellent reputation, and a beautiful heart. A human being. She analyzed some samples and detected this. I’m going to explain what this is. This is radioactive. I thank Mr. J., our Spanish collaborator, for giving me these beads. I’m going to show you a fragment of this video. Very brief.

Lorena Diblasi: No mRNA was found. So they’re putting whatever comes.

Man: And what you have to take into account…

Lorena Diblasi: But technetium was found.

Diego Barrientos: She said “technetium.” A biotechnology graduate discovered technetium, which is a radioactive material. It’s what I showed you before. Okay. Technetium. Again.

Let’s see what technetium is, ladies and gentlemen.

Technetium. The chemical element of atomic number blah, blah, blah… It’s a superconducting radioactive metal. Lately, they’ve been very interested in saturating us. Watch out for my next video program because I’m going to talk about why people who aren’t inoculated express magnetism. They’re saturating us from all flanks. They’re very interested in saturating us with superconducting materials. You know. You know that the fashionable material is graf-e-n-e. It’s a better conductor than copper. Here we have a radioactive material, okay? And it’s found in something where it shouldn’t be. And they’re putting it here on people.