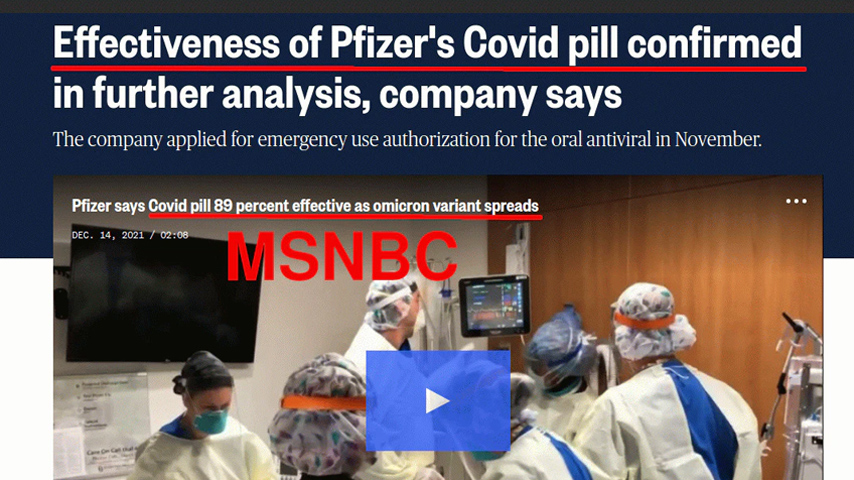 Paxlovid Clears Symptoms, but does it Clear the Virus?

Paxlovid is a combination of a protease inhibitor Nirmatrelvir and an HIV medication Ritonavir. At $895, it is definitely going to be a moneymaker for Pfizer.

But how well does it work for the patients?

The first study, which lasted for four weeks only, reported amazing success and “89% prevention of severe symptoms”. That first study was enough to get FDA to give Paxlovid a EUA.

Who cares that the subsequent results, that actually appeared before the FDA decision but after Pfizer submission, showed a much worse performance:

Same with Paxlovid: first it was 89%, then 70%, failed to achieve sustained alleviation of symptoms, etc.

How does it work for actual people?

It turns out that Paxlovid reduces symptoms, and maybe reduces the viral load on day 5, but at the same time, it does not clear the virus! Not only that, but the patients cannot clear it for extended periods AFTER Paxlovid administration is over:

Just to remind everyone, we have “symptoms”, such as fever, because our immune system is working to counter the infection and kill off the pathogen.

Does Paxlovid turn people into asymptomatic Covid superspreaders? It is a question that we cannot answer, and that needs to be assessed and addressed by science. Will anyone care? I doubt it, but I hope that someone important takes notice.