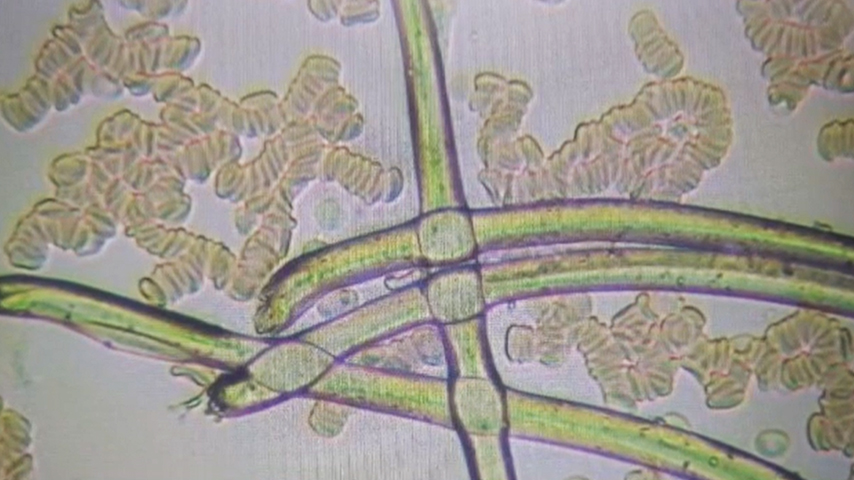 Are we living in a Sci-Fi Hollywood movie in which parasite takes control of the human body?

Dr. Jane Ruby says she has evidence that Pfizer vaccines contain parasite eggs that are now “hatching by the millions.” She says they could be bioengineered part animal, part-technological hybrids.

The “eggs” are amastigotes/trypanosomes of a species of Trypanosoma cruzi or a gain of function BAT blood variant. This is Human Chagas with the vaccine being the vector.

Geographic Distribution T. cruzi is endemic in vectors and wildlife reservoirs throughout the Americas from the southern half of the United States down to Argentina. Chagas disease cases have been reported from South and Central American countries, particularly in rural, impoverished areas. There have been a small number of autochthonous cases of Chagas disease in the United States.

Clinical Presentation Chagas disease has an acute phase and chronic phase. The acute phase is usually asymptomatic but can present with nonspecific somatic symptoms. Rarely, the acute phase may be more severe with potential cardiac or neurologic symptoms and signs. Nodular lesions or furuncles, usually called chagomas, may develop around the vector’s feeding site. Chagomas occurring on the eyelids are commonly referred to as palpebral and periocular firm swelling. Most acute cases resolve over a period of a few weeks or months into a subclinical chronic form of the disease (“indeterminate form”). Reactivation of Chagas disease from this asymptomatic form may occur in patients with HIV or those receiving immunosuppressive drugs.

The symptomatic chronic form (“determinate form”) may not occur for years or even decades after the initial infection. This may include cardiac or gastrointestinal involvement, which occasionally occurs together. The many complications of chronic Chagas disease can be fatal. Amastigote invasion of smooth muscle can lead to megaesophagus, megacolon, and dilated cardiomyopathy.

Dr. Jane shows in the first two segments some shocking video evidence of hatching parasite eggs from Pfizer BioNTech vials, filmed by a group of German parasitologists, specialists in recognizing the anatomy and behavior of parasites; and raises the question, are these bioengineered to be trans-animal parasites with a mission inside the human body?