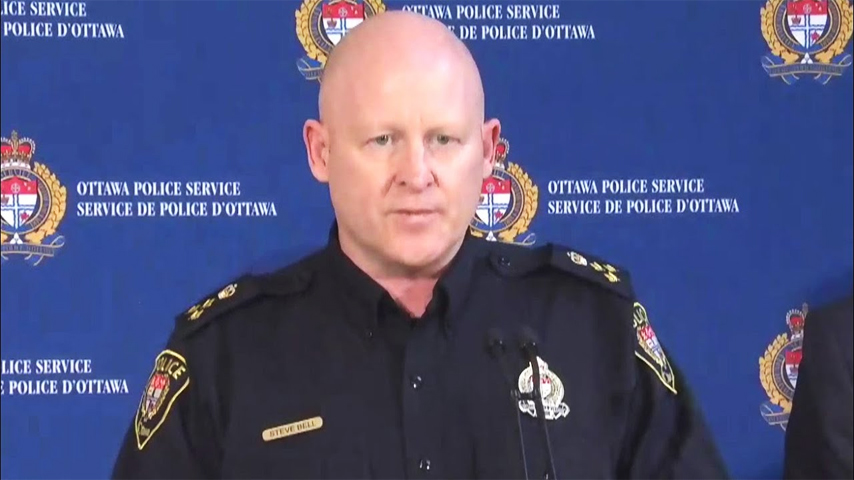 Ottawa’s interim police chief Steve Bell warned that police would continue to “actively identify” and prosecute anyone involved in the Freedom Convoy – even if they disperse and go home – “for months to come.”

“If you are involved in this protest, we will actively look to identify you and follow up with financial sanctions and criminal charges,” Bell asserted on Saturday.

“This investigation will go on for months to come,” he continued. “It has many, many different streams both from a federal financial level, from a provincial licensing level, from a Criminal Code level, from a municipal breach of a court order, breach of court injunction level.”

“So let’s get this straight. Protesters are told to go home. Now they’re told that even if they follow orders of the police and RCMP, it makes no difference. They’ll still be arrested. So, basically, they’re trying to justify arresting anyone they don’t agree with,” one Twitter user noted.

So let's get this straight. Protesters are told to go home. Now they're told that even if they follow orders of the police and RCMP, it makes no difference. They'll still be arrested. So, basically, they're trying to justify arresting anyone they don't agree with.

They will cancel their truck insurance and freeze all their assets too. Far from over when they head home.. https://t.co/RfCayLWSlr pic.twitter.com/kXLrjOWplu

Ottawa Mayor Jim Watson told the CBC that the regime has the power to do this now that the Emergency Act was invoked by Prime Minister Trudeau.

Ottawa's mayor says vehicles seized during downtown protest should be sold to cover costs incurred by the city: https://t.co/7nupLOVIvN

Ottawa’s mayor says any vehicles seized during the police crackdown on the occupation of the downtown should be sold to cover costs incurred by the city.

“We actually have the ability to confiscate those vehicles and sell them,” Mayor Jim Watson said Saturday.

“And I want to see them sold. I don’t want the return to these people who’ve been causing such frustration and angst in our community.”

The mayor told CBC News that Ottawa has that power due to the Emergencies Act, which was invoked by the federal government last week.

Watson said he’s been pleased by the level of professionalism shown by law enforcement since officers began stepping up their efforts Friday to clear the protest. But he also said he worries about demonstrators who have been “taunting police, being completely irresponsible, and don’t want to seem to leave.”

The Canadian authorities led by Trudeau have sent a clear message: if you don’t want a centralized government to put an experimental injection in your body or to control your movements across borders, then you will be hunted down and punished.