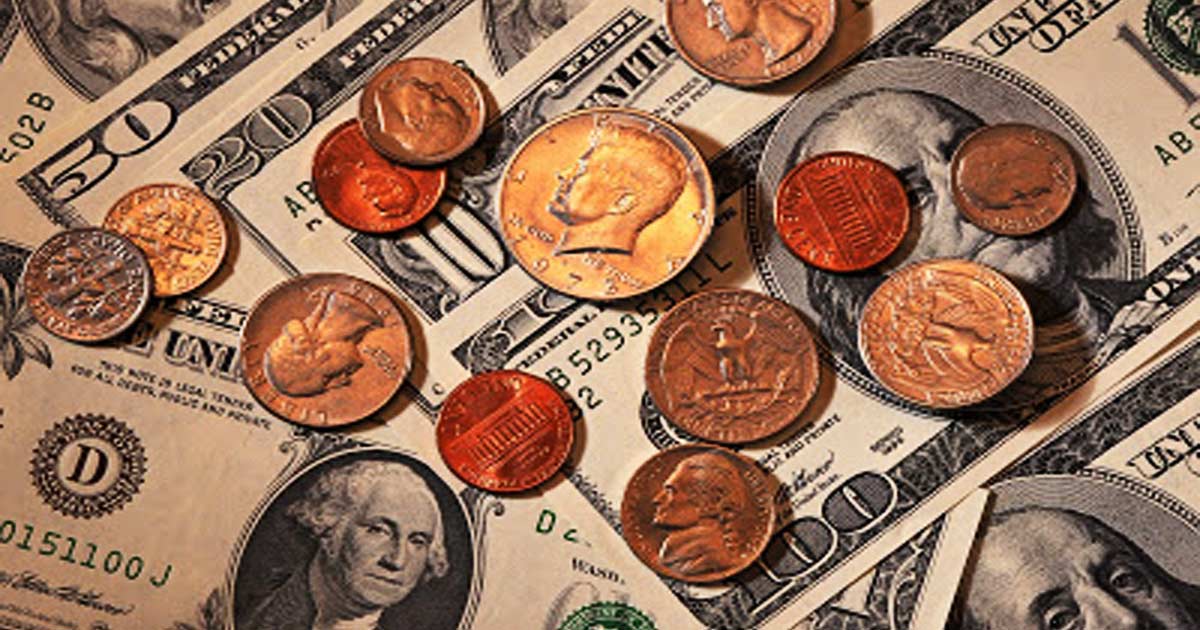 By Susan Duclos – All News PipeLine

Mandatory rules limiting the number of guests you may host, even in your own home.

Mandatory face masks having to be worn within businesses and in public in some states.

Mandatory limits on how close people can stand together in lines.

Mandatory rules on how one can pay for items in business establishments, i.e. exact change, no cash payments, no cash back, etc….

Key word in all of that, and more, is “mandatory.”

There is a lot of strange stuff going on when all of the aforementioned “mandates” have come within the last 6 months with barely a peep from half the country.

It is not the pandemic that is stripping rights, it is the state leaders’ handling of the pandemic. Don’t let them tell you anything different.

Below we are going to publish some images given to us by readers, because sometimes a visual will make a point hit home when no amount of text can adequately show what is going on all across America.

Earlier today A Living Legacy posted a few images, along with the comment “This is what dining out looks like.” 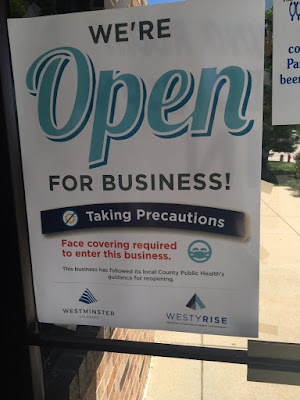 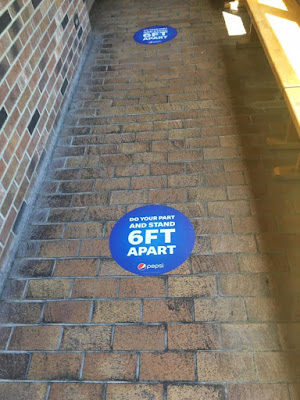 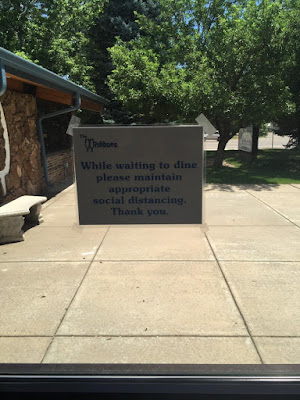 Another reader sent an image via email from a North Carolina Walmart.

At Walmart this afternoon outside of CLT, NC.

As I walked to the checkout- I was surprised to see all the check out lines with physical cashiers all backed up. I went to the self-check out conveyor belts and almost all were empty. Now I know why.

No cash back or using cash. I usually try to always get extra cash back when shopping as it provides “walking around” currency as well as allows me to build up my physical stash but not today.

As all self check outs the signs said no cash back 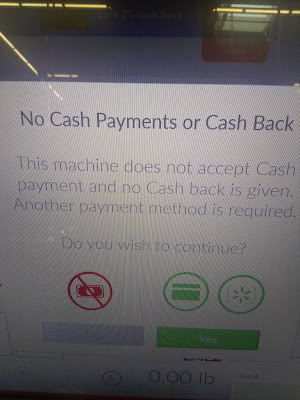 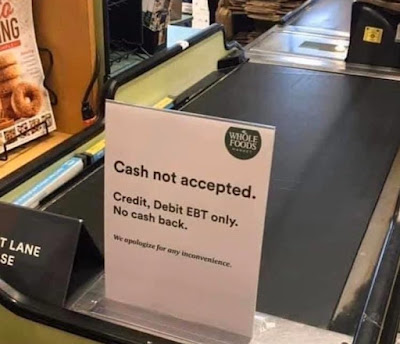 As the reader who sent the email pointed out, these establishments can do this legally as explained by the Federal Reserve:

Is it legal for a business in the United States to refuse cash as a form of payment?

This statute means that all United States money as identified above is a valid and legal offer of payment for debts when tendered to a creditor. There is, however, no Federal statute mandating that a private business, a person, or an organization must accept currency or coins as payment for goods or services. Private businesses are free to develop their own policies on whether to accept cash unless there is a state law which says otherwise.

Ready for the mark of the beast? How many years have we seen the media scream “conspiracy theory” when an Independent Media outlet claimed that the NWO, Deep State, whatever you want to call the shadow government, wanted a “cashless society?” 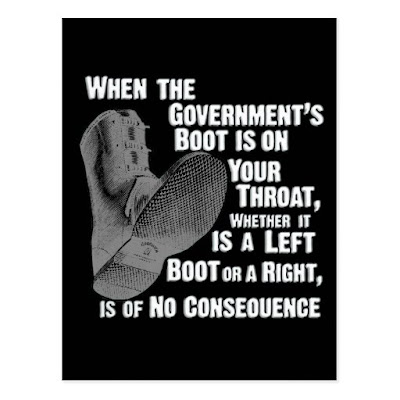 IT IS ALL ABOUT CONTROL

All it took was a pandemic for politicians to use in order to enforce more and more control over the American populace.

The hell with the constitution they think, we can force you to live under a tyrannical rule, because we say it is in your best interest.

As one of the Independent Media that encouraged precautions, gloves, face masks, stay away from large groups, we firmly believe Americans have the right to choose whether or not they use cash, social distance, visit friends, go to the beach, keep their businesses open, by making informed decisions.

Looking around at the signage, the forced compliance of face wear, which on its face is unconstitutional because the manner a person outfits themselves is a form of “freedom of expression.”

That does not only include what clothing to wear, but what clothing not to wear as long as it is not breaking the indecency laws of the state, meaning not walking around without pants and underwear, etc…

When this overreach has been challenged in court, most instances sided with freedom. The lockdown on churches and services in multiple states has been declared illegal, unconstitutional, blocking a persons right to religious freedom.

That is a small sample of what is out there.

Never, never doubt that elections matter. President Trump has nominated, and the Senate confirmed over 200 Judges across America. As of November 2019, nearly 30 percent of current judges are now Trump appointees, that believe in the constitution and rule accordingly, even when we do not agree with the ruling.

Anyone think that if Hillary Clinton had been elected and appointed 200 judges, in just her first term, that we would see any rulings that protected religious freedom rather than government overreach?

The scariest part of everything we are seeing now is that it only took six months for state leaders to strip the constitutional rights from millions of Americans to the point that we have to take the state and/or leader to court in order to restore those rights.

They are trying to prepare us to live under a tyrannical rule, claiming this is the “new normal.”

Americans should not comply. As we have maintained from the beginning, people should be informed and make their own decisions as to what precautions and protections they feel they need individually.

There is nothing that can be done about an privately owned store refusing cash, or cash back and demanding exact change, or mandating masks, or where you are to stand and how close to others you can be, except to refuse to shop there, take your money elsewhere. If enough people did that, just on principle, those stores which depend on revenue to stay open, would change their tune pretty fast.

It is all about control. Whether it is state leaders or privately owned businesses, the more control we allow them, the more they try to take. 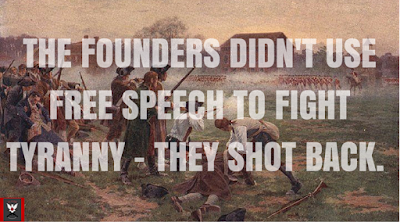 We aren’t huge on calling for a boycott every day or week or month or even year, but individuals do have the right to choose where they shop, who they support and whether they wish to reward an establishment with their purchases if said establishment doesn’t respect your freedoms.

Now is the time to draw that line in the sand. Even if like me, you take the mask precaution in public because….. well, I don’t want to die again, it was a very unpleasant experience, you should still be willing to stand up for those that are informed, and make a choice not to wear a mask.

If we do not stand for each other no one else will stand for us.

Ways to fight back could include going elsewhere if you see a sign demanding you comply with a mask requirement, or a refusal to accept your hard-earned cash.

Just walk out, and if asked, tell them you will go somewhere that respects your freedom.

Share the name of the establishment with friends, or online, so others can also fight the tyranny.

Bottom line is that if these businesses or state leaders are allowed to control more of your life than they already do, they will continue to take until America looks and feels like China.

For the Greater Good…