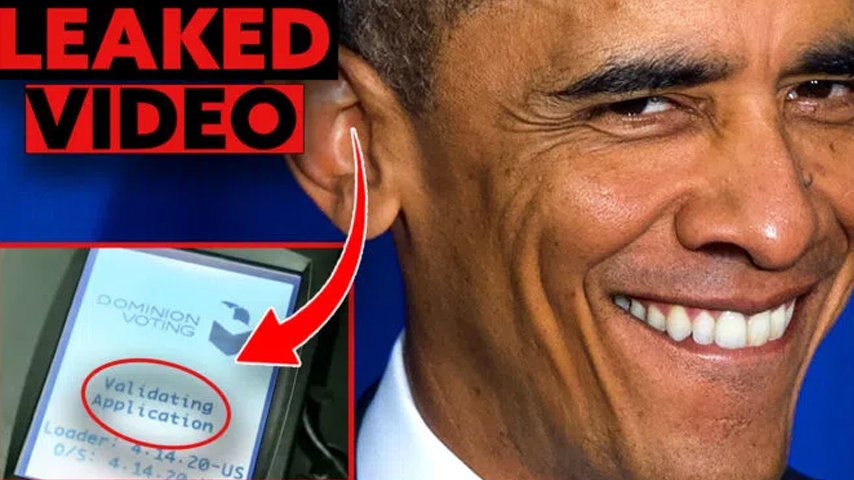 According to Democrats and the mainstream media, voter fraud does not exist, regardless of the emergence of statistically impossible voting patterns in key seats that always end up going the way of the Democrats.

While Democrats continue claiming there is no issue with voter fraud in the US and election results continue getting stranger and stranger, it’s worth taking a look at what Obama said in 2008, before he was elected president.

Regardless of where you fall on the political spectrum, and even if you understand that Democrats and Republicans represent two heads of the same snake, the current situation should concern you.

In the resurfaced video, Obama was seeking to ease concerns about a potential Republican landslide victory in 2009 by telling a crowd of Democrat voters in Ohio that they needn’t worry because Democrats control the election voting machines.

Damning stuff, I’m sure you will agree.

But the stunning footage doesn’t stop there. The then-Illinois U.S. senator continued by claiming that Republicans “have monkeyed around with elections in the past” before admitting that “sometimes Democrats have too.”

Which is very strange, because Democrats in 2022 claim there is no such thing as voter fraud.

You know what they say about the devil? The greatest trick he ever pulled was convincing the world he doesn’t exist.

Is convincing the nation that voter fraud does not exist the greatest trick ever pulled by the Democrats?

You heard it straight out of the horse’s mouth. “Whenever people are in power they have this tendency to try to, you know, tilt things in their direction.”

Perhaps that explains why every close race that requires days and weeks to count falls to the Democrats, despite statistically bizarre anomalies.

Take a look at the Arizona governor race. The mainstream media decided Republican candidate Kari Lake was so toxic that Katie Hobbs, the Democrat candidate, should not even debate her. Hobbs is also overseeing the election she is running in, despite the obvious conflict of interest. The voting machines were malfunctioning on voting day, and now it is taking them weeks to count the ballots. Take a guess at who won by a handful of votes? You guessed correctly. It’s Katie Hobbs!

The voting patterns make no mathematical sense either. The Republican state treasurer won re-election by a quarter million votes.

It makes no mathematical sense that the GOP State Treasurer just won reelection by 250,000 votes, but none of those voters also felt like voting for Kari Lake.

But apparently, none of those voters also felt like voting for Kari Lake in the governor’s race. Which is strange, considering she dwarfs Katie Hobbs in every other metric of popularity.

We ain’t buying it! pic.twitter.com/Hvoh1A8pfH

According to the mainstream media, there is nothing to see here, folks.

Yet if this situation played out in a third-world country, the world would decry the results as undemocratic and refuse to recognize Hobbs as a legitimate governor. But because it’s America and Hobbs is a Democrat, you will be called an “election denier” if you dare to question the mainstream narrative.

As Joe Biden said:” The struggle’s no longer just who gets to vote. It’s about who gets to count the vote.” According to Biden, it’s not the votes that count, it’s who counts the votes.

And don’t forget he also said: we have created the greatest voter fraud machine in the history of politics. For now, the Democrats have ‘Dominion’ over the vote. There will always be trouble unless that gets solved.