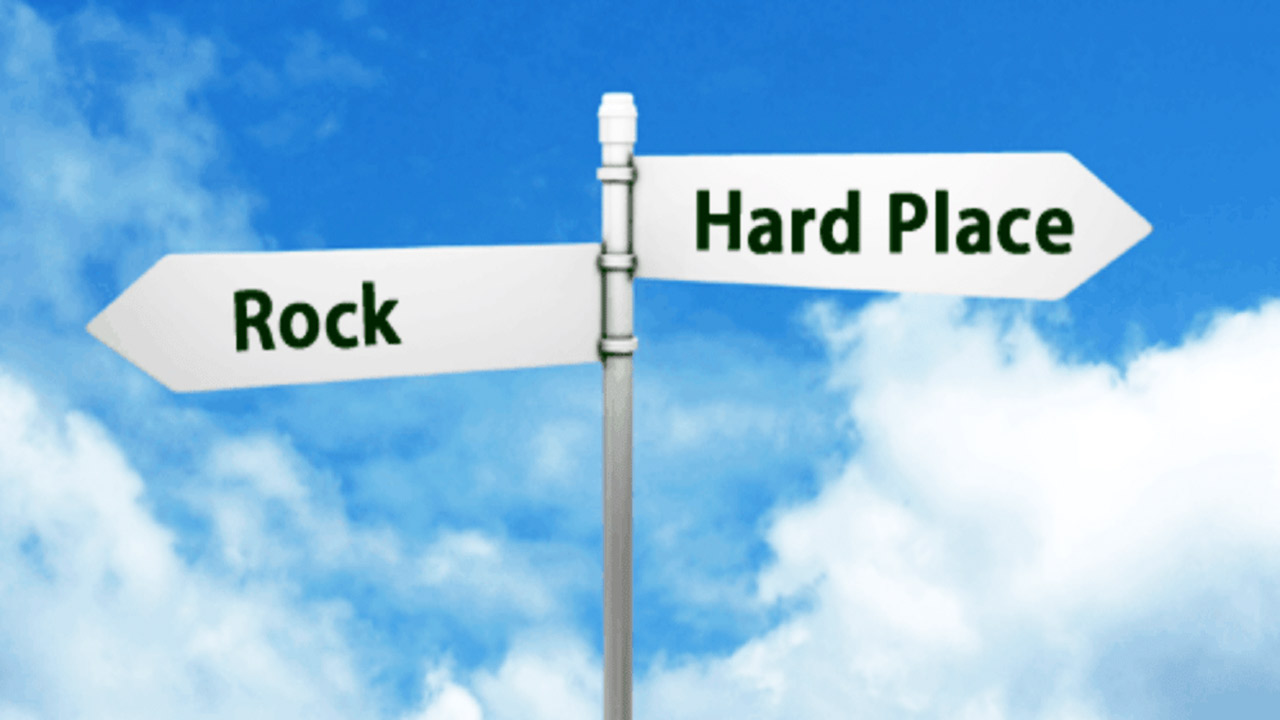 We immediately got banned from Twitter after publishing this article.

Of course, we won’t be doing their bidding. So there will be no further updates on Twitter. But apparently, 5G articles trigger instant bans. That’s why you need to read this article in full.

It’s indisputable fact that mRNA-injected individuals transmit spike proteins via shedding to any and everyone around them, particularly the non-vaxxed. Pfizer admitted the shedding phenomenon in its own documents. Dr. Luigi Warren, one of the pioneers of injectable mRNA technology, also admitted that shedding is a real phenomenon. We also know that self-disseminating vaccine technology exists that spreads from one human or animal to another just by being in close proximity to a “vaccinated” human or animal.

Fewer people are familiar with the connections between COVID-19, “vaccines” and 5G technology. Mainstream media dismiss all such connections as “conspiracy theory.” But most humans understand that radiation, in general, is bad for them, specifically because it causes cancer. Fifth-generation broadband technology (“5G”) was deployed worldwide from 2019 to 2021 “without investigating the risks to human health and the environment.” It was also deployed while most of Western humanity was locked down in their homes.

Millions of people across the globe chose/choose to be injected with experimental mRNA and viral vector DNA serums in 2021. Others were/are coerced into injections to save their jobs, for the “right” to travel and live a normal life, etc. But a vocal minority in the Western world is choosing to preserve natural humanity. Unfortunately, it’s becoming increasingly difficult for pure, natural humans to maintain that status. Shedding is the enemy of the non-vaxxed. 5G is the enemy of all humanity.

Stories of spike protein exposure via shedding, and the subsequent symptoms, are disturbing and far-reaching. Non-vaxxed women living with and/or having sex with vaxxed men are essentially ruling out the possibility of having children from that point forward. In fact, non-vaxxed women working among a vaxxed workforce are risking their ability to procreate.

At least one woman recently reported feeling “funny and dizzy” after having sex with her vaxxed boyfriend. Trolls immediately told her to get a pregnancy test and made several other off-color jokes. But the situation is obviously something to monitor in these surreal times.

Many women are reporting strange menstrual activity after spike protein exposure via shedding. Granted we’ve known about this issue for quite a while. But it’s obviously more common and widespread than originally thought, perhaps affecting every woman in the Western world. Post-menopausal bleeding is apparently quite common. Women as old as 70 years old are suddenly having periods again after being around vaxxed people.

We know that the injections inhibit the body’s natural ability to fight off various cancers. Dr. Craig Wax, a family doctor in New Jersey, got banned from Twitter hours after implying a connection between mRNA and viral vector DNA injections, and cancer. He is now at least the third doctor that we’ve covered on this blog to make similar connections.

There’s no limit as to what may or may not happen to you after spike protein exposure via shedding. Of course, many people are hesitant to even talk about it for fear of backlash.

One non-vaxxed man described “stabbing” feelings in his heart after being around his vaxxed girlfriend. The girlfriend developed post-injection heart issues herself.

There are also menstrual issues with young women exposed to spike proteins via shedding as well.

5G – the second leading cause of coincidences

Dr. Riina Bray is a Canadian medical doctor and environmental scientist. She warned the world back in 2015 about 4G technology and the damage electromagnetic fields are doing to all life on Earth. More recently (2019) she spoke about what was happening to people who live in countries where 5G had already been deployed. Headaches, fatigue, tinnitus, heart issues, nervous system issues, etc. are/were the most common symptoms of overexposure (“microwave illness”) to 5G radiation.

Of course, anyone who reads this blog regularly knows that debilitating headaches, heart issues, and neurological disorders (nervous system issues) are also all common adverse effects from the mRNA and viral vector DNA injections. These symptoms are also consistent with mainstream narratives related to COVID-19.

Further, even mainstream media reported that tens of thousands of people are suffering from post-injection tinnitus (ringing in their ears). Thus 5G and all the other electromagnetic radiation that Western populations are exposed to, cause the same medical issues as the injections and so-called COVID-19. That’s by design.

Verizon launched its first 5G networks in four U.S. cities in October 2018. Two of said cities were Los Angeles and Houston. In yet another coincidence, Houston and Los Angeles were two of the hardest-hit U.S. cities for so-called COVID-19 cases in 2020. But New York was the epicenter of everything COVID in 2020.

CBS Channel 2 in New York reported in 2017 that thousands of “mysterious towers” were being erected near public transportation sites all across the city. Regulators refused to answer reporters’ questions as to what purpose the towers served.

It’s yet another coincidence that Wuhan, China launched one of the first 5G demonstration zones in the world, and COVID-19 introduced itself to the world via Wuhan.

There are two indisputable facts here. The United States was locked down for most of 2020 when 5G towers were erected across the country. Thus, nobody saw it happen. Second, the COVID-19 “pandemic” perfectly coincided with the mass deployment of 5G technology.

A subscriber to The COVID Blog sent us a book entitled Magnetobiology by Professor Vladimir M. Binhi. We already knew that 5G broadcasts on the 60 GHz frequency band. Professor Binhi made clear that oxygen molecules destabilize at the 60 GHz frequency, making it impossible for human blood hemoglobin to absorb said molecules. In other words, a few deep breaths of this compromised air causes blood oxygen shortages, leading to hypoxemia and/or hypoxia.

Coughing, shortness of breath, heart rate fluctuations, etc. are all signs of low blood oxygen. Again, these are also symptoms of so-called COVID-19. But the more pressing issue with 5G is cancer. A 2011 press release by the World Health Organization (“WHO”) declared that radiofrequency electromagnetic fields are potentially carcinogenic to humans. But the WHO made sure to only classify said radiation as a Group 2B carcinogen to avoid potential lawsuits and backlash.

Smartphones in general are hazardous to human health. A 2010 meta-analysis published in the Journal of Clinical Oncology found “a harmful association between phone use and tumor risk.” A 2014 study published in the peer-reviewed journal Occupational & Environmental Medicine concluded that there was “a possible association between heavy mobile phone use and brain tumors.”

A 2013 case study of four women between the ages of 21 and 39 found that all of them developed breast cancer after carrying smartphones in their bras for 10-plus hours per day for several years.

So we’re doomed no matter what?

Becker’s Hospital Review estimates that about 60% of Americans have been “fully vaccinated” as of November 18. Nobody knows how long vaxxed people shed after their injections. But anecdotal accounts suggest that the effect could last for a year or longer.

Tech Republic reported that 80% of the U.S. has 5G coverage, but only 12% of consumer devices are 5G compatible. Regardless, an April 2021 Pew survey found that 85% of Americans own smartphones with at least 4G technology. It’s also a fact that both the mRNA and viral vector DNA injections contain graphene oxide, a strong radiofrequency transmitter.

We’re all going to die eventually. That’s part of being human, as is socializing with other humans. But at this point, you have to be very selective about social interactions if you wish to prolong this human experience.

This blogger declared a few weeks ago that he’s going to see his family over the holidays despite all of them being vaxxed. That means Christmas, but not Thanksgiving. And before the visit(s), super doses of Vitamin D3, zinc, and white pine needle tea will be consumed. Another cup of tea will be consumed upon my return home.

This blogger has also mentioned his years living off-grid, eating fresh fish, wild herbs, and breathing mountain air for over more than four years. Those times likely extended my lifespan by being away from cities and all the radiation. But humans are innately social creatures. Now we’re forced to avoid most of humanity for our own health and well-being. We cannot even date normally because now the first question has to be “are you pure or GMO?”

All you can do is mitigate the dangers and make the best decisions for yourself and your family. There are at least 20 Orgonite pyramids in this blogger’s home. They are said to absorb radiation. Get rid of microwave ovens. Never place a smartphone on your ear or sleep next to one. Use earbuds and only call someone when absolutely necessary. Never use smartphones in enclosed areas like cars. That’s akin to sitting inside a microwave.

The Zombie Apocalypse is here, just as the Centers for Disease Control (CDC) posited. The CDC literally published a novel where “readers follow Todd, Julie, and their dog Max as a strange new disease begins spreading, turning ordinary people into zombies.” S/O to commenter “Car” for pointing this out. Now here we are. Hope you’ve been preparing all this time.