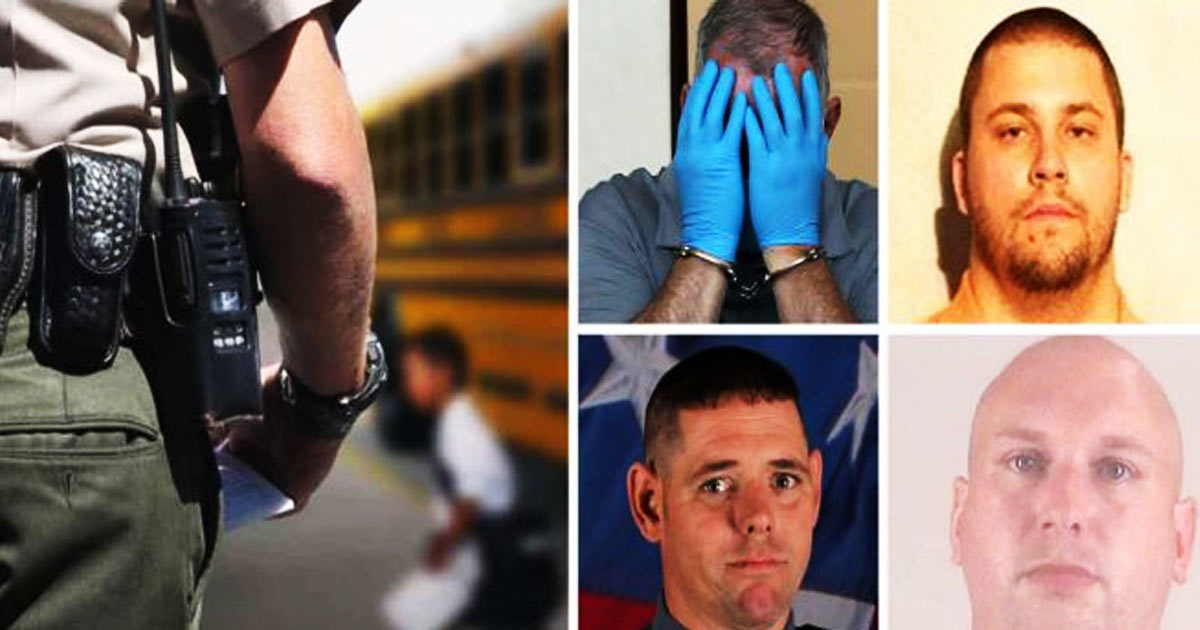 Police brutality in America is an undeniable problem which is seen in every city in every state across the country. On a daily basis, video after video surfaces proving this point. But many American cops have another dirty secret — their disgusting desire to prey on children. In only the last few weeks, TFTP has reported on multiple officers who were caught distributing child sexual abuse material, also referred to as child pornography, as well as sexually assaulting children. Many of these disgusting law enforcement officers were committing these horrifying crimes while on the taxpayer’s dime.

According to WBZ-TV, Rose was arrested last Wednesday by State Police on multiple charges in connection with rape of a child, according to sources. The charges include indecent assault and battery on a child under 14.

The potential also exists that Rose committed crimes against children while on duty as Suffolk County District Attorney Rachael Rollins told reporters the allegations against Rose raises questions about his conduct as a member of the department, particularly his encounters with children and teens and the arrests he conducted, the Globe reports.

In a statement, to WBZ, Boston Mayor Marty Walsh said, “I am deeply disturbed by these horrific allegations, which must be investigated to the fullest extent of the law.”

When the city’s top cop is arrested for raping children, there might be a problem. Judging by the sheer number of reports from local media outlets across the country, there is indeed a problem.

As we reported last week, Elmore police officer Samuel T. Kurp, 26, was the latest sicko whose tarnished the badge with his desires to prey on society’s most vulnerable. Last Thursday, Kurp was arrested and charged with receiving and distributing child pornography.

As the Toledo Blade reports:

THE CRIMINAL COMPLAINT STATES THAT THE CONTENT WAS RECEIVED OR DISTRIBUTED WHILE MR. KURP WAS AT HIS PARENTS’ RESIDENCE, AS WELL AS AT THE ELMORE POLICE DEPARTMENT. THE OFFENSES ARE BELIEVED TO HAVE STARTED IN APRIL AND CONTINUED THROUGH TUESDAY WHEN HE WAS ARRESTED.

MR. KURP IS ACCUSED OF USING ON AT LEAST 12 OCCASIONS THE POLICE DEPARTMENT’S WI-FI SERVICE, MEANING HE WAS AT WORK DURING THOSE TIMES THE CONTENT WAS SHARED OR RECEIVED, ACCORDING TO COURT RECORDS.

MR. KURP VIEWED OR RECEIVED SEVERAL DOCUMENTS WITH INAPPROPRIATE MATERIAL ON APRIL 12 WHILE AT THE DEPARTMENT, PROSECUTORS ALLEGE.

Last week, he posted bond and was released under house arrest — in the custody of his mother — with active GPS monitoring, a prohibition against accessing any computer or the Internet, and no contact with minors.

After he was released from jail, he resigned his position at the police department.

Over the last few weeks, many on the right have been pushing the #savethechildren tag on social media, claiming that Hillary Clinton and her cronies are kidnapping and eating children to harvest their adrenacrome—which can be purchased online—all the while ignoring the larger problem. While we can’t prove that the above claim is true, child sex trafficking is rife among the elite, but when we look at it on the lower levels of citizens, politicians and law enforcement, it is at epidemic levels.

We are less than 240 days into 2020 and the FBI database already contains more than 530 entries for sex crimes against children. None of those entries involve any high-level politically elite characters but many of them involve police officers.

Yet still, the #savethechildren crowd shamefully looks the other way when it is blue lives involved. As most people write this off to the “bad apple” fallacy, the fact remains that cops are some of the worst offenders when it comes to preying on children.

As we reported, Sr. Cpl. Daniel Lee Collins allegedly uploaded sexual photos of underage girls to various Google accounts using the City of Dallas internet network, according to the Department of Justice.