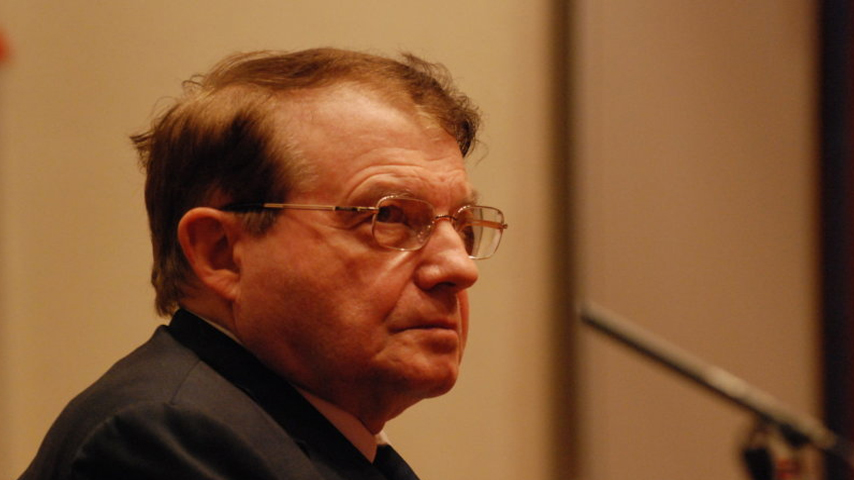 Dr. Luc Montagnier made headlines opposing the experimental COVID vaccination campaigns, the mandates for their reception, and was an early expert voice assessing the virus was the result of human manipulation.

Dr. Luc Montagnier, the Nobel Prize-winning biologist and virologist who sounded alarms regarding the SARS-CoV-2 virus, experimental vaccine campaigns, and the “indefensible” mandates for their reception, died yesterday at age 89.

As reported by FranceSoir, the scientist and professor passed away in peace at the American Hospital of Paris in Neuilly-sur-Seine “surrounded by his children.”

Montagnier is best known for his discovery of the human immunodeficiency virus (HIV) for which he was awarded the 2008 Nobel Prize in Physiology or Medicine. Throughout his career, he worked in a variety of distinguished research and lecturing capacities at the Pasteur Institute in Paris, Queens College in New York, Shanghai Jiao Tong University in China, and the French National Centre for Scientific Research. He was also the recipient of dozens of awards — including the Hippocrates Award of the Hellenic Society for Internal Medicine — and 13 honorary doctorate degrees.

In the last two years, Montagnier made headlines challenging the dominant government and media narrative regarding the novel coronavirus and the massive experimental gene-based vaccines being imposed across the world as a response.

In April 2020, he came out and asserted that the sequence of the SARS-CoV-2 virus indicated that it was the result of human manipulation and was released from the Wuhan laboratory. After facing enormous ridicule from social media “fact-checkers,” including the theory’s being labeled as “false” for over a year, evidence began to surface in May 2021 that, indeed, this assessment was correct.

In fact, in June, emails obtained from a Freedom of Information Act request emerged that colleagues of White House medical czar Dr. Anthony Fauci had informed him the previous year about “unusual features” of the virus that pointed to a possible man-made origin, just prior to his public statements downplaying this assertion, until in May 2021 he acknowledged it may have validity.

Also in the spring of 2021, before the appearance of the Delta variant, Montagnier granted an interview where he called the campaign of mass vaccination against the coronavirus during the pandemic “unthinkable” and a historical blunder that is “creating the variants” and leading to deaths from the disease.

“It’s an enormous mistake, isn’t it? A scientific error as well as a medical error. It is an unacceptable mistake,” he said. “The history books will show that because it is the vaccination that is creating the variants.”

And, finally, just last month, as the U.S. Supreme Court was in recess considering challenges to the Biden administration’s experimental COVID-19 injection mandates, Montagnier wrote an op-ed in The Wall Street Journal with Yale law professor Jed Rubenfeld, declaring that the Omicron variant had made all such “vaccine” requirements “legally indefensible and contrary to the public interest.”

FranceSoir concluded that despite the significant criticism the French virologist endured in the autumn of his life, due to these interventions, he was always committed to the principles of free scientific inquiry and communication for which the publication expressed gratitude.