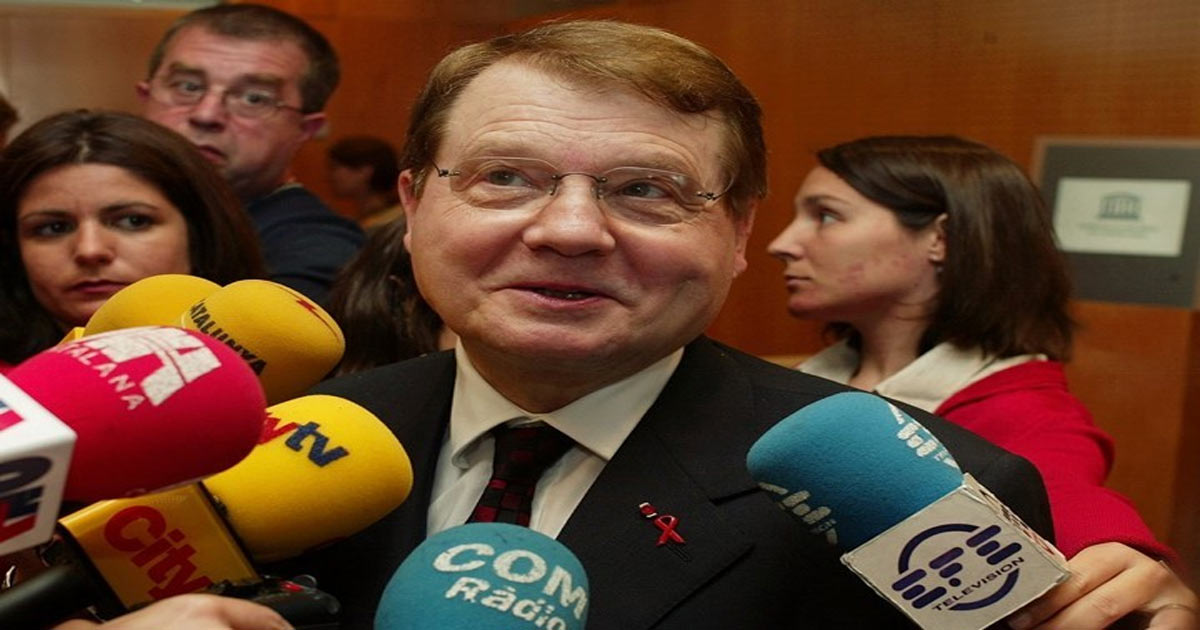 Luc Montagnier, a French virologist, and recipient of the 2008 Nobel Prize in Medicine for his discovery of the human immunodeficiency virus (HIV) has recently exposed the dangers of the COVID-19 vaccines. Montagnier discussed the issue in an interview with Pierre Barnérias of Hold-Up Media earlier this month, which was exclusively translated from French into English for RAIR Foundation USA.

The vaccines don’t stop the virus, argues the prominent virologist, they do the opposite — they “feed the virus,” and facilitate its development into stronger and more transmittable variants.

These new virus variants will be more resistant to vaccination and may cause more health implications than their “original” versions.

During the interview, professor Montagnier referred to the vaccine program for the coronavirus as an “unacceptable mistake.” Mass vaccinations are a “scientific error as well as a medical error,” he said.

Montagnier details that the mutation and strengthening of the virus occur owing to the phenomenon known as Antibody-Dependent Enhancement (ADE). ADE is a mechanism that increases the ability of a virus to enter cells and cause a worsening of the disease.

ADE occurs when the antibodies generated during an immune response recognize and bind to a pathogen, but they are unable to prevent infection. Instead, these antibodies act as a “Trojan horse,” allowing the pathogen to get into cells and exacerbate the immune response.

In America, routinely recommended vaccines do not cause ADE. If they did, they would be removed from circulation. Phase III clinical trials of new vaccines are designed to uncover frequent or severe side effects before the vaccine is approved for use. Typically, it takes 2-4 years to assess whether a vaccine is safe, but with COVID-19 vaccines, manufacturers are spending around six months or less for testing.

Data from around the world confirms ADE occurs in SARS-CoV-2, which causes COVID-19, says Montagnier. “You see it in each country, it’s the same: the curve of vaccination is followed by the curve of deaths. I’m following this closely and I am doing experiments at the Institute with patients who became sick with Corona after being vaccinated.”

In a medical documentary Hold Up: Return of the Chaos, released in France on November 11, 2020, Montagnier rejected the then-upcoming vaccine against COVID, saying he will not be vaccinated. “My conscience tells me not to,” he said. Montagnier also addressed his French colleagues, urging them “to uphold their [medical] titles as doctors, not as the sheep.”

The movie discusses the origins of the virus, criticizes harmful and irrational mask mandates as well as lockdowns, quarantines, abuses of government overreach, and explores effective COVID treatments such as hydroxychloroquine. The video was banned on YouTube, possibly because the creators imply the World Economic Forum used the pandemic to establish world dominance as a part of a global plan that is known as the Great Reset.

1. Short-term side effects: these are not the normal local reactions found for any vaccination, but serious reactions involve the life of the recipient such as anaphylactic shock linked to a component of the vaccine mixture, or severe allergies, or an autoimmune reaction up to cell aplasia.

2.1 Induction of facilitating antibodies  – the induced antibodies do not neutralize a viral infection, but on the contrary, facilitate it depending on the recipient. The latter may have already been exposed to the virus asymptomatically. A low level of naturally induced antibodies may compete with the antibodies induced by the vaccine.

2.2 The production of antibodies induced by vaccination in a population highly exposed to the virus will lead to the selection of variants resistant to these antibodies. These variants can be more virulent or more transmissible. This is what we are seeing now. An endless virus-vaccine race that will always turn to the advantage for the virus.

3. Long-term effects: Contrary to the claims of the manufacturers of messenger RNA vaccines, there is a risk of integration of viral RNA into the human genome. Indeed, each of our cells has endogenous retroviruses with the ability to reverse transcriptase from RNA into DNA. Although this is a rare event, its passage through the DNA of germ cells and its transmission to future generations cannot be excluded.

“Faced with an unpredictable future, it is better to abstain.”

Earlier last year, Montagnier presented a powerful case proving that SARS-CoV2 could only be a genetically engineered coronavirus, therefore the vaccine strategy should be based on that fact.

As reported by French Soir, in his television interview of April 17, 2020, Montagnier drew attention to the presence of at least half a dozen mini-sequences of the HIV virus grouped together in a short segment of the SARS-Cov2 genome. This observation was published by the mathematician Jean-Claude Perez in February 2020 under the title “Synthetic origin of Covid-19 and Evolution.”

These mini-sequences, researchers believe, could be exogenous information elements (EIA), that is, they can have genetic significance. They assert that this unmistakable presence of concentrated EIAs, in relation to HIV but also with the Yoeli Plasmodium parasite, the agent responsible for malaria, would not be natural and therefore would require an adequate strategy to develop a safe and effective vaccine.

Montagnier and Perez explain the scientific challenges and complexity to develop vaccines against HIV and malaria, both of which still have no vaccines to combat infection.

Montagnier argues the coronavirus had escaped in an “industrial accident,” while Chinese scientists at the Wuhan city laboratory were trying to develop a vaccine against HIV.

Back in April 2020, Montagnier urged people to refuse vaccines against COVID-19 when they become available, because “instead of preventing the infection, they [would] accelerate the infection.” Today, the newly occurring variants of SARS-CoV-2 that affect vaccinated people prove his thesis. In this case, mass vaccination may cause a new, more deadly wave of pandemic.

The same thesis is shared by the Belgium virologist Vanden Bossche, who is also calling for a halt to the mass-vaccination programs. He believes that if the jabs are not halted, they could lead to the evolution of stronger and stronger variants of the virus until a “supervirus” takes hold and wipes out huge numbers of people.