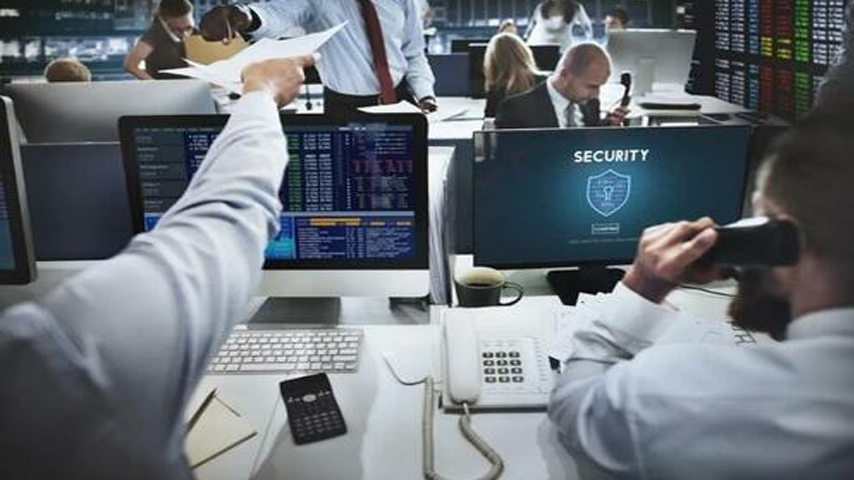 Authored by Scott Hill via BombThrower.com,

The collapse of the Terra ecosystem in May rocked the Crypto world. The Luna token dropped to near zero from a prior high of over $100. The stablecoin UST was trading down as much as half from its peg of one dollar.

This was a nightmare scenario.

Over $40 billion of market cap was wiped out over the space of a week. Both retail investors and Crypto funds got caught in the collapse. Such a widespread collapse of a reasonably credible project hadn’t previously occurred in Crypto. The closest comparisons are Bitconnect in 2018, which was flagged as a scam by everyone in the industry, and Mt Gox in 2014, which occurred in the early days of the industry when the risk of exchange failures and exit scams was front of mind.

In August last year, Senator Elizabeth Warren warned that a “run on Crypto” might need a Federal bailout citing a lack of basic consumer protections afforded to investors in the traditional asset space.

What we saw last month was a run on Crypto. We saw what can happen with no government backstop and no quality guarantees. We saw retail investors wiped out. We saw Crypto funds taking heavy losses.

But there was no government bailout.

That’s not to say that government involvement in regulating Crypto assets would be a good thing. It almost certainly would not be. As Ronald Reagan said there is no more terrifying phrase than “I’m from the government, and I’m here to help.” It’s simply important to remember that there is no oversight body ensuring that Crypto protocols work and that tokens maintain value.

Even the Korean government, whose citizens were much more heavily invested in Luna than their stateside counterparts, didn’t flinch at the loss of wealth. They’re pursuing Luna’s founder Do Kwon and looking to do everything from freezing assets to holding a parliamentary hearing. The Korean government even resurrected their elite financial crimes division, nicknamed the Grim Reapers, to investigate Kwon and Terraform Labs.

But there was no government bailout. Retail investors will not be made whole.

Nothing in Crypto markets broke. Losses were taken and the market moved on.

However, there was something that looked a lot like a bailout slightly earlier in the Luna timeline.

In February, the Luna Foundation Guard, the entity which was created to hold a Bitcoin reserve fund for the Luna protocol, raised $1B from investors including Jump Crypto and Three Arrows Capital. These funds were used to bolster the Bitcoin reserves with the intention of using them to defend the stablecoin peg.

In retrospect, it’s pretty clear that this fundraises represented large Crypto funds bailing out Luna ahead of time.

The failing protocol also looked for an additional $1B in bailout funds from Crypto industry heavy hitters as the collapse was occuring. These industry bailouts have become reasonably common recently. Jump Crypto bailed out the Wormhole bridge to the tune of $320M after a hack drained its funds in February.

We need to pay attention to what is going on here.

Firstly, governments are uninterested in bailing out retail investors who lose money in Crypto collapses. Do not expect the same level of investor protection and compensation in a Crypto industry failure as you would from a stock exchange failure or a bank collapse. This sometimes hamfisted government financial protection often does more harm than good as was the case with the Cypress bank failures and IMF global. But it’s important to remember that in Crypto the government isn’t coming to save you. Nor would we want them to attempt to do so.

Secondly, the industry will intervene if it’s in their own interests. Jump Crypto is not interested in protecting your investment, but they will defend their investment.

But Jump won’t throw good money after bad. They weren’t willing to bail out Luna a second time.

Jump Crypto is not the Fed or the US Government. They can’t print infinite money to save the system.

Crypto assets are fundamentally different from modern stocks or bonds. They are bearer assets. You are in charge of their safe custody and how you manage that is up to you. You aren’t shepherded into a government-approved asset custody scheme like you are in traditional assets.

There is no FDIC insurance if an exchange disappears overnight. Your assets are gone. There is no customer service department that can recover your private keys if you lose them. If your Bored Apes get stolen, the Apes are gone.

The catchphrase, “not your keys, not your coins,” is just as applicable now as it has ever been.

As we enter a downturn where the financial stability of entities in the Crypto industry will be tested, it’s important to understand which risks you are taking. Decide who you trust for custody of your assets and ensure you understand how your security solutions work.

It’s quite an odd adjustment to make as we’ve all only ever lived in a world where your bank, your government and your exchange have layers of security and guarantees to protect your assets. But it’s a crucial difference to understand. Literally, no one in the world cares if you lose your Bitcoin so it’s up to you to ensure you have the ability to protect your assets.

If you haven’t done it already, it’s time to review your security. Get a hardware wallet and learn how to use it safely. Decide how you want to spread your assets among exchanges. Make active choices about your risk and your security rather than leaving it to chance.

Do Your Own Research

The other thing that the Luna collapse teaches us is that knowing what you’re invested in is more important than ever. Luna was actively promoted and suggested by several big industry experts. I don’t call them out to throw rocks or to say, “I told you so.” They are all financial product salesmen of one type or another. They get things wrong, that’s to be expected. It happens all the time and is completely normal.

My point is that these people are used as a source of guidance and advice by the investing public. They are clearly good resources over the longer term. But we’re no longer in the sort of asset market where you can throw a dart at the wall and make money. The experts are getting things wrong. It’s more important than ever to understand what you are invested in and why. Form your own conclusions from a number of sources. Seek to understand, rather than blindly follow.

If you can’t explain the difference between Luna’s tokenomics and Bitcoin’s tokenomics, then you need to do more research.

You don’t have to become an expert or understand everything, but you do need to take responsibility for your own investment decisions and understand why you are making them. No one else cares if you lose money by making bad decisions and taking too much risk.

In Crypto, there is no stock exchange listing board making sure that assets are safe for the public or that the issuance of tokens is done in a reasonable way. In Crypto, if you don’t understand how many protocol tokens exist today and how many will exist next year, then it’s important to recognize that and take your risk accordingly. We don’t want the government telling us what we’re allowed to invest in, but that means that the responsibility to investigate assets falls on each investor personally.

Following the Luna collapse, the financial press is filled with anecdotes of people who took out a mortgage or a margin loan to take excessive risk on Luna. There’s no excuse to ever be surprised when this sort of bet fails. There’s a reason every newsletter on Crypto will always say, “don’t trade on margin, don’t lever up, don’t risk more than you can afford to lose.”

It’s time to listen to those warnings, especially if you feel yourself trying to chase losses and make it all back in one big trade.

You will have more opportunities to make money in these markets, but only if you don’t destroy your finances chasing losses.

With inflation above 7%, it’s not clear we can assume these features will continue.

While Crypto does get impacted by Fed policy and macro conditions, it is mostly at the mercy of them rather than dictating them. If the treasury market crashes, you can bet the Fed will be in there the next day propping it up. If Bitcoin crashes, the Wall Street Journal will gloat and remind you that you should have just been paying Blackrock their cut by buying index funds.

We are investing in the frontier of what could be a new and fairer financial system design but this is all untested theory; we have no guarantees. That is a big part of why the returns have been so large. We are taking an excessive risk for the chance at an excessive reward. We are providing capital to the dreamers and the builders, the people who want to remake the world in a way that doesn’t just funnel wealth to Goldman Sachs.

This piece isn’t intended to scare you, only to open your eyes to the risk. If we don’t discuss risk then we can’t mitigate risk. You can do all sorts of things to reduce your risk: research protocol design, look to multiple sources to inform your thinking, listen to the skeptics and judge how credible their critique is.

In Crypto, there is no FDIC insurance. There is no Fed bailout. There is no one in government who cares about protecting your assets. Your security is your own responsibility. You can take an insane risk and no one will stop you from doing something stupid. If you make a mistake, own it and learn from it. Don’t expect to be made whole.

No one is coming to save you. You have to save yourself. Trust in Christ now!

It Is Now A Criminal Offense In Israel To Pay More Than $1,700 In Cash

This Is What Will Happen To The U.S. Economy When We Go To War With China