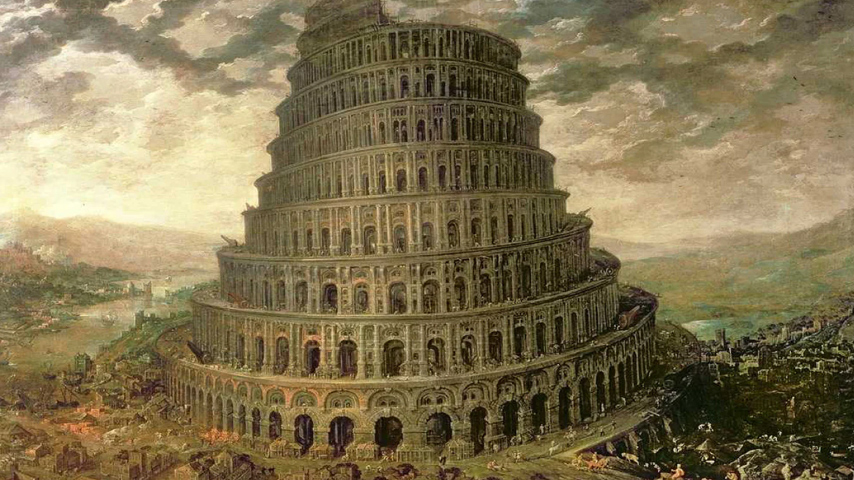 There are only two religions, truth and error.  The latter is known as the mystery religion, the mystery Babylon and the mystery of the woman. All are different forms of the same error. During the last seven years of this age, the last religion will be the same as the first religion.

True religion is simple and easy to understand. It is perfect, never changes, saves and converts.

However, the mystery religion is complex, contradicts, changes, confuses, conceals, seduces and subverts. For example, Hinduism has multiple gods. And Roman Catholicism has multiple traditions.

The first global religion to be established on the earth was the Babylonian. Noah’s great grandson  Nimrod, was declared a god by the Babylonians. Under his rule, the first global unification plan was established on the plain of the Shinar Valley.  It was there the first pyramid was constructed, also known as the Tower of Babel Nimrod envisioned a stairway to heaven, whose purpose was to connect our first heaven of the third dimension with God’s third heaven of the fifth dimension,  Once Nimrod ascended to the third heaven of the fifth dimension, he would kill God, and thereby become God. The Tower of Babel was man’s first global attempt to overthrow God.  In essence “We’re going to heaven on our own, and live the way we want.”

The global religion of Mystery Babylon began when Nimrod married an arch-occultist and harlot named Semiramis.  Nimrod declared her to be a holy virgin. Nimrod dies, and Semiramis says she is immaculately pregnant with Tammuz, the reincarnated child of Nimrod. And Semiramis gives birth to Tammuz on December 25th.

The first pagan trinity is established with Nimrod God of the Sun, Semiramis Goddess of the moon, and Tammuz son of the stars. Semiramis is declared the Holy Mother and Queen of Heaven, and Tammuz the Divine Son.

Roman Catholicism is a modern reflection of the mystery Babylon, with a crown on Mother Mary’s head, who is actually Semiramis. All worship points to the divine mother.

After the Babylonian language was confused, mankind spread across the earth, passing down the precepts of the Nimrod, Semiramis and Tammuz. The pyramids found today in Egypt, Sudan, Bosnia, Italy, Mexico, and China have their origin in the Babylonian religion. For example, Buddha was born of a virgin named Maya. Vasudev, Devaki and Krishna comprise the trinity in Hinduism. Shing Moo the mother of the West. Even in Islam, the symbol of the crescent moon is the symbol of Semiramis, the Goddess of the moon, and Tammuz, the son of the stars.

Isis is Semiramis. The Egyptian statue of Isis carrying an Ankh is the symbol of feminism. Every religion is based on the trinity of Nimrod, Semiramis and Tammuz. Egypt is represented by Osiris, Isis and Horus.  Europe as Odin, Frigga and Thor. Greece as Zeus, Hera and Ares.

Nimrod is also known as Father, Sun and Baal.  Semiramis is Holy Spirit, Moon and Ashtoreth. Tammuz is the Son and Stars. Even the Statue of Liberty, given to the United States by France is a depiction of Semiramis.

Weeping for Tammuz was done by placing the mark of Tammuz upon the forehead. In Roman Catholicism Ash Wednesday is a ritual of weeping for Tammuz, the sun god. Ashtoreth is the Canaanite name for Semiramis. Catholic priests burn incense to Semiramis, The Queen of Heaven. Easter is a Roman pagan festival to the Goddess Ishtar. Ishtar is Semiramis. Diana Goddess of the Ephesians is Semiramis.

Before the mystery religion of Babylon can rise again, the apostate protestant church will reunite with the Roman Catholic Church. And from this unholy union, the other religions of the world will merge as a one-world religion  A new trans-human digital stairway to heaven…