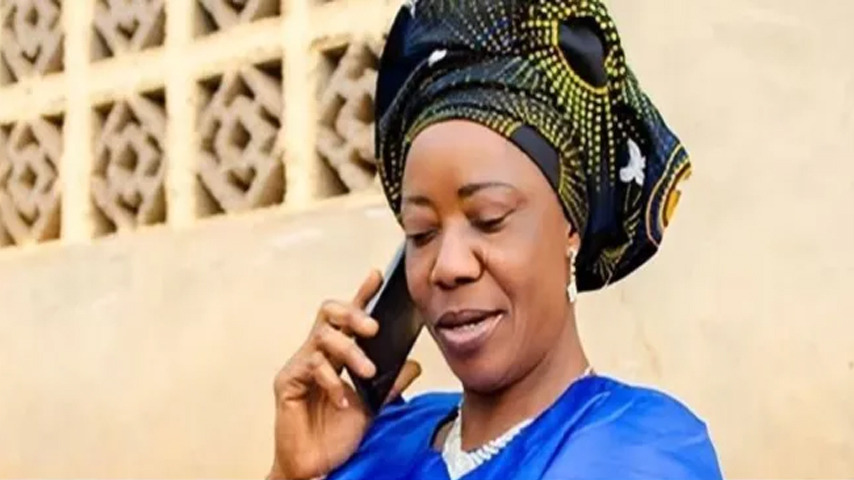 Due to not registering in the national digital identity database (NIN) Nigeria has blocked a total of 73 million mobile phones, which has prevented them from making outgoing calls.

Constance Chioma calls her son every morning to make sure he’s safe while studying in northeast Nigeria, which is ravaged by Islamist rebel attacks and armed kidnappings.

She couldn’t get through earlier this month.

She later discovered that her SIM card was one of 73 million – more than a third of Nigeria’s 198 million – that had been prevented from making outgoing calls due to a lack of registration in the country’s digital identity database.

“I could not concentrate at work; I was uneasy and constantly asking myself if he was safe,” Chioma, a 57-year-old teacher in Owerri, Nigeria, said.

“With the rising insecurity in the north, not speaking with my son makes me afraid.”

Nigeria is one of the dozens of African countries with SIM registration laws, including Ghana, Egypt, and Kenya. Authorities claim the regulations are required for security, but digital rights advocates believe they enhance monitoring and threaten privacy.

For almost a decade, Nigeria has been issuing 11-digit computerized national identity cards, which contain a person’s personal and biometric data, such as fingerprints and a photograph.

To create a bank account, apply for a driver’s license, vote, obtain health insurance, or file tax returns, you must have a National Identity Number (NIN).

Every active mobile phone number in Nigeria must be connected to the user’s NIN by 2020, according to the country’s telecommunications regulator. It has regularly delayed the deadline till this year’s March 31st.

Outgoing calls from any mobile phone numbers that have not complied will be blocked from April 4th, according to the administration.

Millions of Nigerians have not registered their SIM cards for a variety of reasons, including privacy concerns, difficulty reaching registration centers, and a lack of a National Identification Number (NIN).

“There have been no reasonable explanations as to why we have to link our NIN to our SIM,” Nneka Orji, a journalist in southeast Nigeria who has not registered her SIM, said.

“For that reason,” she told the Thomson Reuters Foundation, “I am not ready to do that.” Despite the fact that not all of her contacts use WhatsApp, she now uses it to make calls.

Requests for comment to the government’s National Identity Management Commission (NIMC), which oversees the linking with NIN, were not answered.

Officials say the program is necessary to improve security and track down offenders as the government fights terrorists and armed bandits who have kidnapped hundreds of people for ransom.

According to UN estimates, Nigeria’s 12-year conflict with insurgent Islamists has resulted in one of the world’s worst humanitarian disasters, with 350,000 people killed, including indirect deaths due to damage to agriculture and healthcare.

Privacy activists are concerned that African governments are exploiting new technology and regulations to intensify monitoring of individuals and dissidents as part of their push to compel citizens to link their mobile phones to the national ID database.

According to human rights lawyer Festus Ogun, managing partner at Festus Ogun Legal in Lagos, Nigeria’s decree banning unregistered phones is “an infringement on the rights to freedom of expression and privacy” provided by the country’s constitution.

“What law empowers them to shut out millions of citizens in this digital economy?” he asked, referring to those who use their phones for banking, mobile money transactions, and government services.

According to human rights organizations, the ban on mobile phones has harmed women in remote areas with patchy mobile networks and poor road networks, who may lack the means to get to registration centers.

“Some of my regular customers come from Owerri. With my line barred, I cannot call them to find out if they want to place an order,” she stated. “They will probably go to other vendors.”

According to official data, Nigeria has almost 800 registration centers, one in each local government office. An inquiry about the NIMC’s accessibility was not answered.

Others are concerned that their personal information will be compromised.

“I don’t think the NIMC and telcos have the right infrastructure to protect my data,” Favour Akachukwu, a call center agent in Ibadan, southwest Nigeria, said.

According to Akachukwu, he has received multiple calls from fraudsters who have his 11-digit bank verification number – which is required to open a bank account in Nigeria – and are attempting to obtain further information from him in order to gain access to his account.

“How can we win the war against such crimes if we cannot participate by ensuring that we have updated records?”

Thousands of Kenyans rushed to Nairobi’s local telecom outlets on April 15, fearful of being locked out of their phones due to a registration deadline of April 15.

“There have been so many fraudsters, so I guess it’s a good thing,” Dennis Blessing Wanja, a 31-year-old chef, said as he queued outside a Safaricom branch in Nairobi’s Lavington suburb.

Authorities extended the registration deadline until Oct. 15 after receiving complaints from the public and telecom firms about the short notice.

Chioma’s connection is weak in Nigeria, so she can’t always reach her son when she calls him on WhatsApp.

“I never thought my line would be barred and that I cannot speak to him easily,” she added.

“I feel like my connection with him is not so strong.”