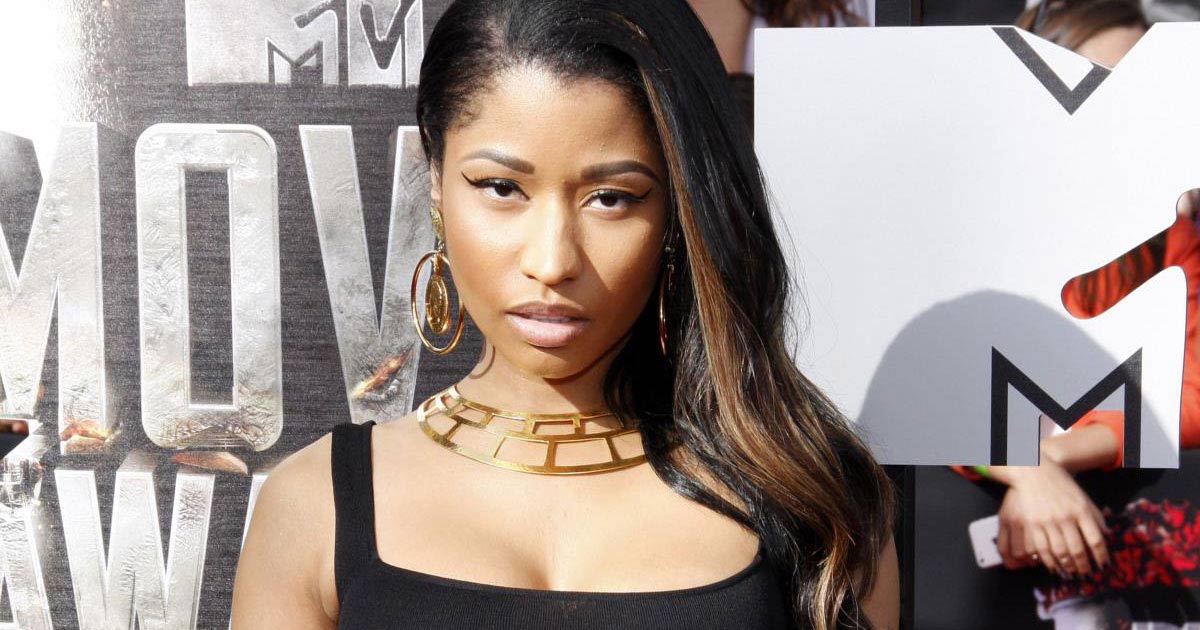 Nicki Minaj has been gaining a lot of eyes as people think she’s suddenly on the side of humanity. Many truther websites are reporting on the bravery of Nicki Minaj not realizing the sinister agenda behind it. Just because someone she knows got swollen testicles because of the vaccines and Twitter has decided to censor her, now she can be considered part of the truth movement. Nothing can be further from the truth.

How naive does one have to be to believe in this bullshit? Do you really for one second think Hollywood stars will stand-in for people. They are the lowest of the scum, known pedophiles who can go to any lengths to please their masters. These celebrities all allowed such stardom after becoming part of secret societies. Now Nicki suddenly realizes that these vaccines are killing people and she should go public about it. What a joke?

The question is what is the agenda behind Nicki showing on front lines out of nowhere? What do people behind her want to achieve? TBH it is not a difficult question and I’ve explained it again and again. To create a movement against our political leaders. There is still a very large portion of the masses who are sleeping. And everybody must realize that all governments have gone rogue and they no longer serve the people. Yes, the global elite wants us to know that there is a secret depopulation agenda and all governments are in it together.

If you’ve noticed almost all of our political leaders are quite low on IQ. They are behaving like lifeless puppets with no conscience of their own. You can take as many examples as you like from muppet Biden to thick-headed Johnson, they are being placed there to internationally humiliate their respective nations. The idea is to use these dimwits as examples to bring in a greater evil. They want to trigger the Nuremberg code and unite humanity against the governments.

Since so many people are dying in hospitals and even the blind can see that these so-called vaccines have only made the matter worse, this is the right time to add more fuel to the fire. If a mainstream star shows support, more people will wake up and will rise against these tyrants. But what people don’t know is Satanists are also itching to throw these politicians under the bus, because it serves their agenda.

It has always been their agenda to dissolve all governments and bring in a One World Government and for that to happen all politicians must be used as scapegoats. Slowly more celebrities and stars will show up and call out this genocide by Covid vaccines. In order to collapse the current system, they must create a revolution that will give rise to new world order. Order out of chaos!

The idea is humanity should beg for a savior. A savior that will solve all problems and get rid of these corrupt politicians and create a new era where everybody can live in peace again. People must be pushed to the point that they call for public execution for all politicians. And give this fake notion that justice will prevail.

All these Satanists want is to give people the illusion of a ray of hope. Never believe if someone says to you the elite are panicking. We are mere insects in their eyes. This is all being done to set the stage for the ‘Antichrist’. One ruler that will rule the entire planet. It is all Biblical and it has always been a spiritual battle. I have already laid out what will happen in the coming years in my previous article. Nothing can stop this, you have to choose a side either you are with Christ or against Him.