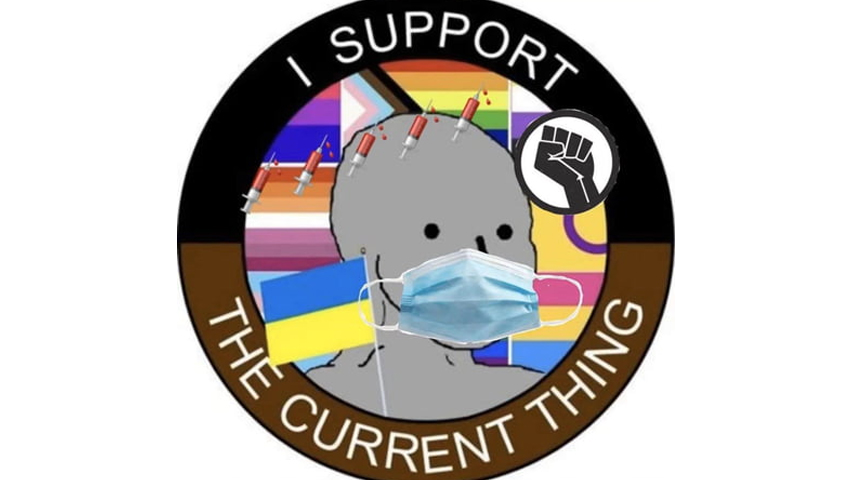 A new poll finds that the more mRNA injections you take, the more likely you are to unquestionably endorse the government’s Ukraine narrative.

I wanted to turn your attention to a fascinating poll that came out the other day.

The Toronto Star hired a polling agency to survey Canadians about their views about the ongoing Russia-Ukraine war. What made this poll unique is that it separated the sides into three separate groups: the triple vaccinated, the double vaxxed, and the unvaccinated.

Now, it’s one thing to have taken two COVID injections, but those who committed to the repeated booster regime were either compelled to do so (frequently under duress) or became true believers in the COVID narrative. As the polling shows, this group, by and large, submits to authority figures and embraces the current narrative, regardless of the actual merits of the solutions.

The other group — and remember, unvaccinated Canadians have faced severe discrimination for not taking the mRNA injections — saw the government’s appeal to their supposed health, and wholly rejected the COVID narrative. Unvaccinated Canadians are still not allowed to leave the country. Their rejection of the government narrative comes at an incredible personal and professional cost.

While the triple shot crew fully embraces the Ukraine narrative, you can see that the unvaccinated are incredibly skeptical. Those who received two shots and stopped there are mixed bags.

Those who were fully compliant with the booster regime are even willing to fight World War 3 over Ukraine, via a no-fly zone, the poll shows.

To me, this speaks to an incredible divide in western society today. We are not so much split between party lines as we are between compliant and non-compliant citizens. There are those who instinctively question the commands coming on down from above from authority figures (we tend not to respect their credentials as a blanket appeal to our submission), and there are those who accept the government narrative because they are under the impression that these authority figures are here to help us.

Supporting the Current Thing is encouraged by our leaders as a virtuous endeavor, and just like COVID Mania, there are perks attached to it. As with COVID Mania, it is much easier to adhere to the Ukraine narrative than to balk at it.

Not supporting a crippling sanctions regime on Russia, or arming neo-fascist Ukrainian militias to the teeth, or even the imposition of a World War 3 level no-fly zone over Ukraine, has become akin to being a bad person, and will sometimes even result in your labeling as a traitorous agent for a foreign regime. You don’t want to be a bad person, do you? The ruling class thinks it’s best for you to continue to support the Current Thing and leave independent thinking to your betters!

France’s Macron Stuns As He Declares Un-Vaxxed ‘Not Citizens’