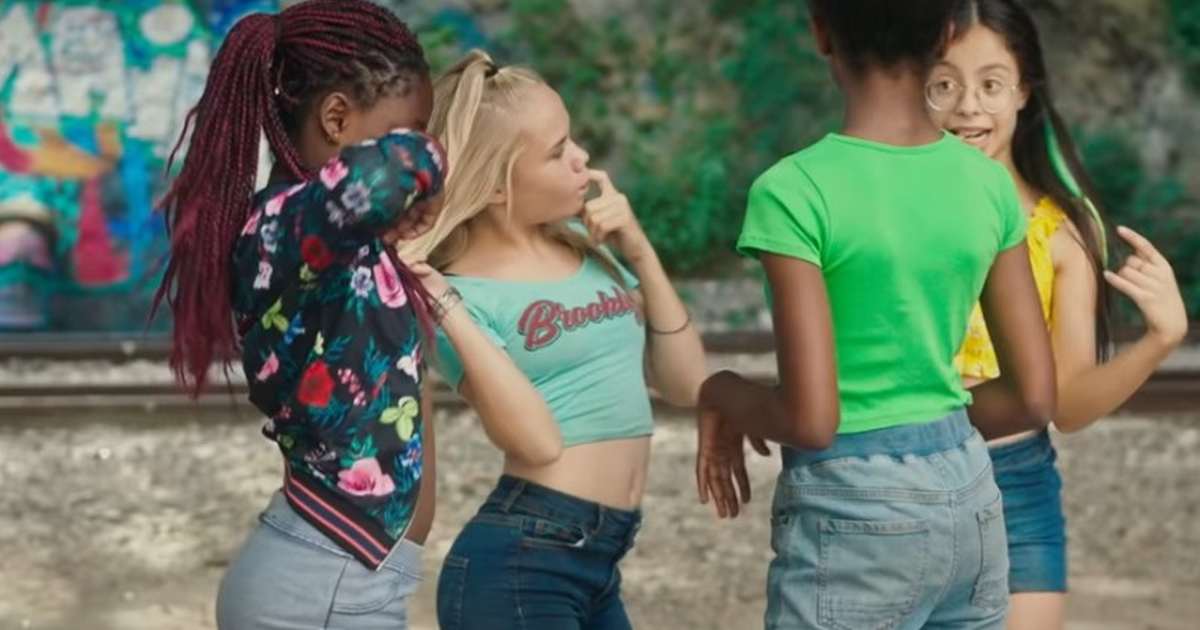 A new Netflix movie set to be released next month celebrates 11-year-olds twerking, prompting condemnation about the film sexualizing children.

“Amy, 11, becomes fascinated with a twerking dance crew. Hoping to join them, she starts to explore her femininity, defying her family’s traditions,” read Netflix’s original description for the movie, which is called Cuties.

The trailer for the film shows ‘diverse’ children in a rough neighborhood learning to dance provocatively in preparation for a tournament.

“They loved you. See how many likes we have?” says one of the characters as a video of the girls twerking on social media is displayed.


The plot also features a young Muslim girl whose family tries to stop her from joining in with the other girls.

Another scene shows the 11-year-old girls talking to a group of 14-year-old boys who are asking them about their age.

The film is rated MA for a mature audience despite almost exclusively featuring 11-year-old girls, a factor that many viewers found creepy.

After a backlash, Netflix changed the description of the movie from “twerking” to “free spirited dance crew.”

The trailer is as bad as you'd imagine. What in the ever loving fuck is that opening scene?https://t.co/bcd2XB9DLf

After being posted to YouTube for less than 48 hours, the trailer has 47,000 downvotes and just 6.6 thousand upvotes.

Respondents expressed their disgust, noting that the timing is horrendous given recent revelations about Jeffrey Epstein’s underage sex trafficking ring.

“Seems really weird that you would contrast an Islamic family who wants their 11 year old daughter to be religious and cover herself up,” said one.

“With her dancing provocatively and wearing considerably less clothes. Like, you couldn’t have made the girls 18 at the very least? This seems like borderline propaganda and an excuse to see young girls dancing.”

“If Netflix really wanted to give light on the hypersexualization of children, it should’ve been a documentary,” said another.

“Filmed on the island of Jeffrey Epstein. Bill Clinton was carefully edited out of some scenes,” joked another.

Given that the media is trying to push acceptance for things like Drag Queen Story Time and child drag queens like Desmond is Amazing in the name of LGBT awareness, it’s perhaps unsurprising that Netflix is now openly sexualizing children on their platform.

COVID-19 vaccination policies in the Philippines are KILLING people daily