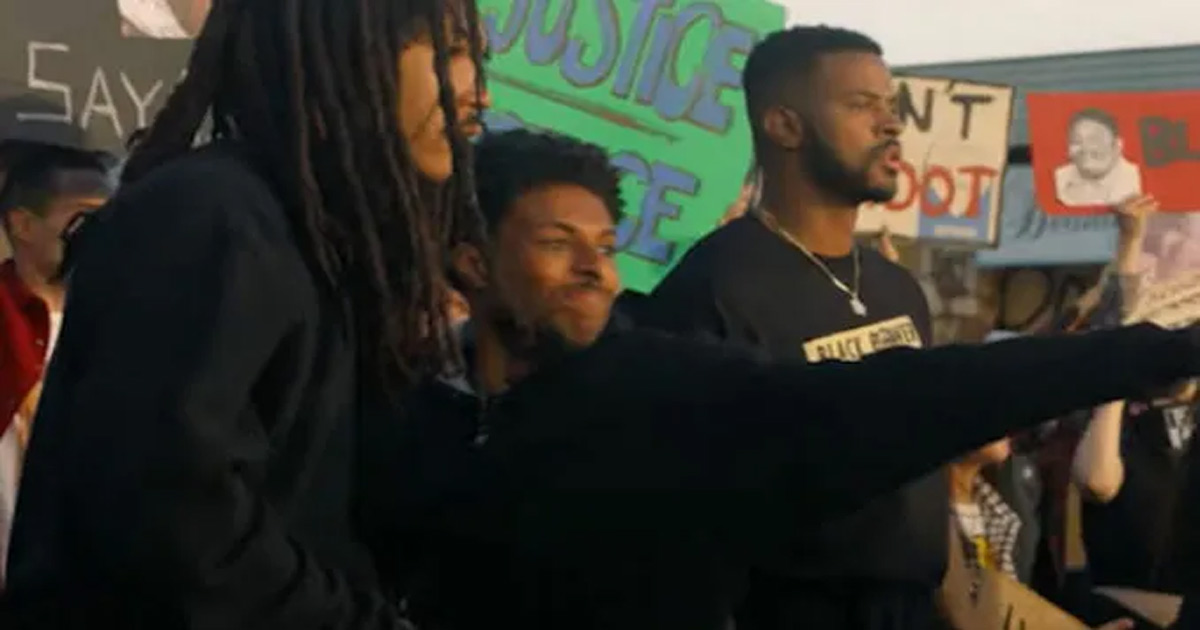 A new Disney show aimed at children promotes Black Lives Matter and pushes the dangerous message that all police are “racist” and “white people are inherently bad.”

The TV series “Grown-ish” is the spin-off of the ABC sitcom “Black-ish.”

The show is aimed at high school kids and airs on the Disney-owned cable channel Freeform TV, which was formerly ABC Family.

In the show, characters talk about how all “white people are inherently bad” and describe American police officers as “racist-a** cops.”

Theblaze.com reports The “Grown-ish” episode titled “Boy with a Gun” that aired on Aug. 4 shows a black man being shot by police in Virginia. The plot was influenced by the Feb. 2020 murder of Ahmaud Arbery, according to “Grown-ish” writer and co-producer Des Moran.

The shooting death becomes a rallying call for social justice from the main characters of the TV show, who attend a fictional college called “Cal U.”

According to the MRC, one of the characters says, “Do you not even watch the news? Uh, have you not heard about the racist-a** cops who murdered another man in Virginia?”

During a party scene, a black male character is asked about his dedication to “support the justice of an innocent black man,” to which he says he doesn’t want to “ruin people’s mood by talking about some poor black kid who got killed by the cops.” The character is then called a “bad black person” for not committing to social justice.

While talking about what it means to be a “bad black person,” the question is asked if they talk about other things than sports and the weather. A woke student reportedly responds, “Only if it’s about how college athletes are notoriously undervalued and exploited, or how hurricanes statistically target black neighborhoods.”

During the show marketed to teens, one of the characters says for black people, “Any place is the wrong place. At any time, every damn day.”

During a conversation in the episode, one of the characters says, “White people are inherently bad.”

When a second black teen is shot by police, a character proclaims, “It’s time to push back.”

“Grown-ish” will have two episodes devoted to the BLM narrative of racist police. The next episode will be focused on the BLM protests ignited by the shootings.

Jenifer Rice-Genzuk Henry, executive producer on “Grown-ish,” MRC Freeform and ABC Studios were “nothing but supportive and trusting” of the Black Lives Matter episode, and “Got behind me when I was like, ‘I want to burn a police car.’”

Variety gives a preview of the upcoming episode:

As the storyline continues on Aug. 12, the group of friends continue to debate their roles in the protest movement and how far some want to go. Doug, Kieala, Aaron (Trevor Jackson) and Luca (Luka Sabbat) hit the streets of Los Angeles to fight for racial justice and equality, despite the curfew enacted by the city. But while the real-life protests were marked by rubber bullets, police batons and tear gas, there was a real question about just how much of that brutalization to show on “Grown-ish.” The writers wanted things to be realistic, but how much could they get away with?

Nexflix’s ‘Cuties’ is Even Worse Than the Trailer

Peak Wokeness: Biological Men Can Get Pregnant & Trans Men Can Give Birth Through Their Penis – Top Scottish University