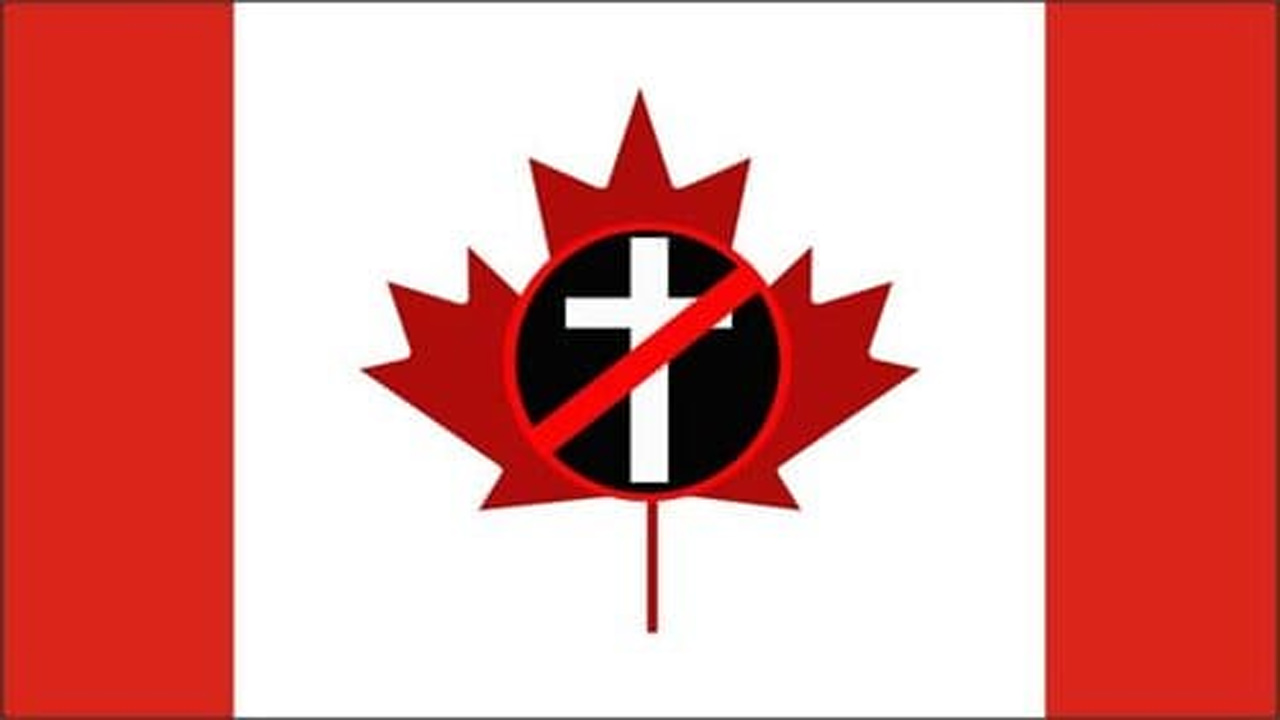 With the passage of Bill C-4 (the “conversion therapy” ban), there is a great deal of concern among Canadian churches. Has the Trudeau government put a law on the books that effectively criminalizes Christianity? According to some prominent clergy in this country, the answer is, shockingly, yes.

In a letter published by Liberty Coalition Canada, a group of Evangelical pastors comments:

“This bill’s wording is sufficiently broad to allow for the criminal prosecution of Christians who would speak biblical truth into the lives of those in bondage to sexual sins like homosexuality and transgenderism… Even a mother or father who offers their children freedom from sexual sin through repentance and faith in the gospel of Jesus Christ (1 Cor. 6:9-11) could be threatened with five years in jail.”

The letter continues with a rebuke of Members of Parliament, who unanimously rushed Bill C-4 through the House of Commons last month without any debate or public input:

“Our King and Head is greatly displeased with our MPs for their sinful disregard for the spiritual and eternal well-being of Canadians. But it is important to note that they have also committed high blasphemy by referring to biblical teaching as ‘myths’ in this legislation. We all must therefore tremble to consider what terrifying judgments will be visited upon our nation for this bold gesture of hatred towards the most high God.”

According to Bill C-4, which goes into force on January 8th, the Bible’s teaching on sexuality and gender is defined as a “myth” under Canadian Law. The promotion and sharing of this biblical teaching will be a jailable offense that officially “causes harm to society”.CLC has been warning about the insidious danger of Bill C-4 (formerly Bills C-6, C-8, and S-202) for two years through our “Stop the Ban” campaign. The LGBT lobby, in bed with the mainstream media and Trudeau Liberals, has mounted a direct attack on the very foundation of the pro-family movement – the Word of God, which gives us God’s plan for marriage and family. This attack not only puts faithful clergy and counselors at risk of fines and imprisonment, it puts good parents in jeopardy as well.

Rev. Dr. Aaron Rock, the pastor of Harvest Bible Church in Windsor, Ontario, notes: “In Canada, the teachings of both basic biology and the Bible are now ‘myths’, according to the preamble to Bill C-4 (conversion therapy bill)… This isn’t about protecting people from harm, it’s about the state playing the role of God. And, not a single MP objected to it, including several that claim to be Christian.”

Rev. Dr. Joseph Boot, president of the Ezra Institute for Contemporary Christianity in Grimsby, Ontario, warns: “In Canada, Bill C-4 (anti ‘conversion therapy’ legislation) has just sailed through the House of Commons and Senate, criminalizing anyone – parent, pastor or therapist – who would dare counsel anybody to obey God’s law with regard to human identity and sexuality. I will not comply with this law as a Christian leader, I cannot comply!”

Rev. Clint Humphries, a founder of the Gospel Coalition Canada in Calgary, Alberta, writes: “The secular religion stated in Bill C-4 is intolerant… The Abrahamic faiths of Judaism, Islam, and Christianity are all condemned as heresy according to Bill C-4’s claim. How bold is the new religion to anathematize all others!”

In response to Bill C-4’s disdain for the authority of the Bible, Christian leaders from all across Canada are encouraging ALL faithful pastors and priests to take a stand and speak out from their pulpits on January 16th.

This call for pastoral action is a national initiative meant to cross all denominational lines. Clergy of all stripes are being urged to join together in proclaiming the authority of God’s Word over and above our politicians’ pro-LGBT pandering in Bill C-4.

The emphasis of “Biblical Sexuality Sermon Sunday” is to faithfully proclaim the biblical view of marriage, family, and sexual morality in this time of great confusion and error.

Many clergies in the United States are also alarmed by what they see happening in the “Great White North” and are calling for a show of solidarity with their Canadian brothers on January 16th.

Rev. Dr. John MacArthur, a well-known Evangelical pastor and theologian from the U.S., has issued a pastoral letter in which he asks American pastors and priests: “Will you stand with me and our Canadian brothers and confront, in a spirit of love and mercy, the damning sins legalized in our culture? And will you join the nationwide effort to preach on a biblical view of sexual morality on January 16, 2022, and proclaim the gospel of salvation that is now criminalized? If we all stand strong in this conviction together, the governmental forces of evil will be put on notice that divine love and sovereign grace compel us to be faithful to proclaim radical transformation at any cost.”

If you are a pastor or priest, we humbly ask if you would consider preparing a sermon on biblical sexuality for January 16th. Will you take a stand for God’s Word?

If you are a leader in another religious community – Jewish, Muslim, Sikh, or otherwise, would you consider standing in solidarity on this issue with the Christian community? Would you consider speaking out for traditional sexual morality on or near January 16th?

If you are a layperson, we would ask you to bring this matter to the attention of your local clergy and ask them if they will participate in “Biblical Sexuality Sermon Sunday”.

And no matter who you are, we encourage you to make others around you aware of the Trudeau government’s Bill C-4 and its attack on biblical Christianity, parental rights, freedom of religion, and freedom of expression in Canada. The lies and harms in this legislation need to be exposed, and that will only happen if we tell our friends and family about it. The mainstream media is not going to do it, so it is up to us!

Thank you for your help. See you in church on “Biblical Sexuality Sermon Sunday”!

Yours for Life, Family, and Freedom,