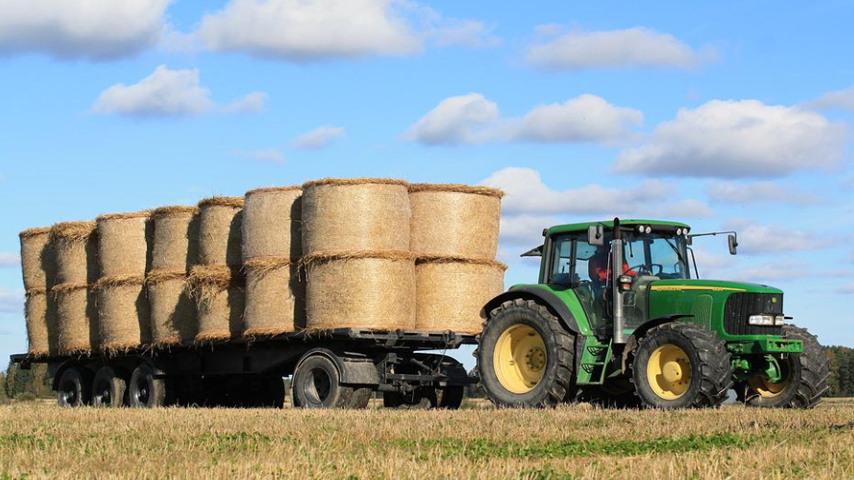 If you have followed my reporting you probably know about the protests happening in the Netherlands. Tens of thousands of farmers have taken to the streets to protest against new climate goals which will force farmers to shut down their farms.

They have set hay bales on fire on motorways and dumped manure and even blocked supermarket distribution centers.

Around 1/5 of farms will be forced to shut down!

According to calculations done by the Finance Ministry, a whopping 11 200 livestock farmers will be forced to shut down by the government to reduce nitrogen emissions in order to meet European environmental rules. Another 17 600 farmers would need to reduce the number of animals they keep to meet these climate goals.

And this is bad. Because there are about 54 000 farms in the Netherlands, meaning that around 1/5 of all farms will be forced to shut down, and almost 1/3 of farms forced to scale down and reduce livestock.

This means that thousands and thousands of farmers will be losing their livelihoods in order to meet government climate goals.

They are literally going to make people lose their livelihoods in order to meet climate goals. That is crazy. Not only that, think about all the food that will be lost as a result of this. We are already facing a food crisis due to sky-high fertilizer prices and grain shortages due to the war in Ukraine.

We need more food now, not less! The climate change fanatics are trying to bring us back to the middle ages.

The state is planning on forcing farmers to sell their farms to the state (buying them out). State-sanctioned appropriation of farms and land. Now, where have I heard about that kind of thing before…? Oh yes, under Communism. I told you that this is Climate Communism and that The Great Reset is just another word for Global Communism.

And it seems like people in the Netherlands are not happy with these government plans, as the political party of the Prime Minister in the Netherlands, VVD, has reached a new all-time low in the polls. If there was an election now, they would lose 13 of their 34 seats in parliament. A whopping 7 out of 10 voters say that they are dissatisfied with the Cabinet of the Prime Minister. Meanwhile, the new party called Farmer-Citizen Movement is now polling in second place.

Farmers held a meeting with the government on Friday, however, some farmers are not satisfied with the results and are talking about more protests, with a farmers group that claims to represent 95% of agriculture pledging the ”toughest demonstrations ever”.

So the state is planning on forcing farmers to shut down under the excuse of climate change. Forcing them to sell their farms. Essentially this is a form of seizing the means of production. It is basically Communism. Climate Communism.

And we all know how that has gone when the state has seized farms before. Look no further than what happened under Stalin in Ukraine or under Mao in China.

It is not all bad news, however. I guess we will be getting brand new factories producing bug snacks. Or we might get more ”sustainable” supermarkets like the one named Picnic in the Netherlands which got €600 million in investments, the majority coming from the Bill & Melinda Gates Foundation! This supermarket focuses on things like vegan food and delivering food in electric vehicles.

A millionaire investor at Picnic who has also been the director there, is family with a Dutch Minister who has been involved with these new nitrogen laws.