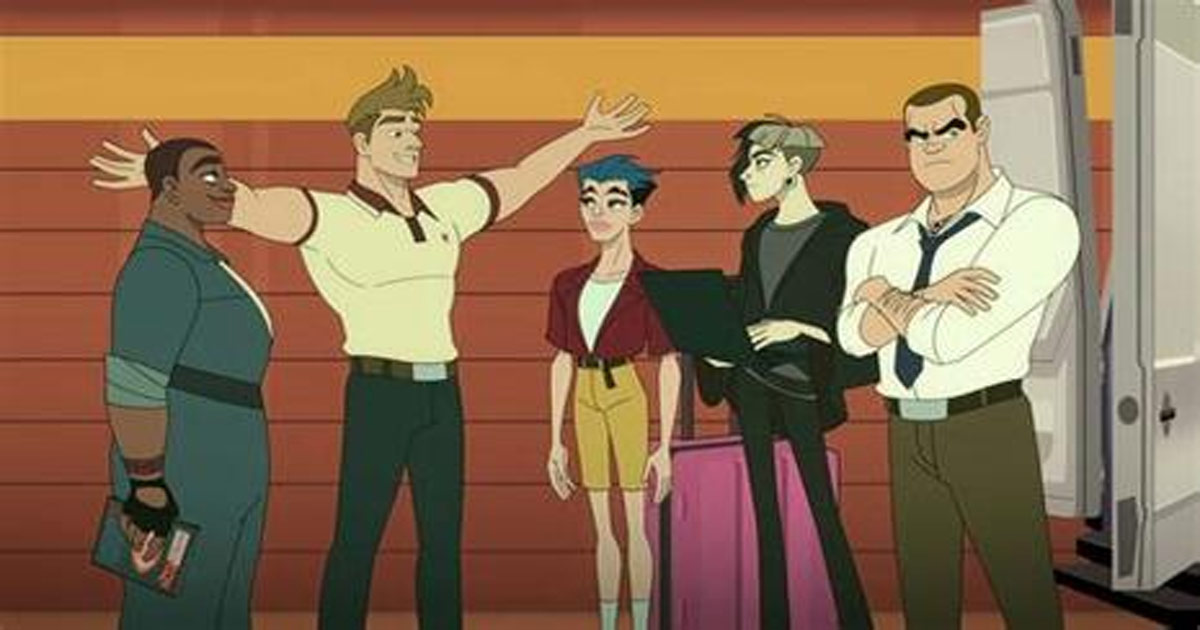 While the “gay Bond” lead Steve (Sean Hayes) is cringed, the Q-Force team’s computer hacker Stat (Patti Harrison) is dark and demonic. Stat loves a fictional anti-Christian soap opera called Cobblestones about a “town where the devil owns the only factory and ghosts have sex with nuns.” She watches clips from it throughout the series.

In the episode, “WeHo Confidential,” Stat watches a scene from the show while chatting with an artificial intelligence voice she has fallen in love with. The whole set-up gets very weird.

Angel: Shrimp Christ cursed us angels to be formless. But that I’m not in a body only means I have more light to shine on you child!

Stat: I like that angel ’cause sometimes I want to be a fleck of light instead of stuck here in meatspace.

AI: Yes, but I understand why the nun wishes she could see the spirit. May I…show you what I look like?

Stat and the devil AI then have a sexual interaction. This is just the latest combination in LGBTQ pop culture of gay eroticism and devil imagery. Last March, homosexual rapper Lil Nas X, who is popular with kids, premiered a music video in which he did a very sexual lap dance for the devil.

In the final Q-Force episode, “The Hole,” Stat talks about one of her favorite Cobblestone storylines set in “middle school where Jesus got her period.” Yes, Stat says “her” when referring to Jesus. Stat also has her picture taken in a mocking costume of a Catholic nun. Mocking Catholic nuns and Christian imagery, in general, is a common practice in gay culture. There is even a San Francisco-based group of gay and trans “fake nuns” called “the Sisters of Perpetual Indulgence” that hosts drag queen storytimes.

Needless to say, garbage like Q-Force is the sort of original programming you would expect from Netflix. After all, it is a streaming service with a big pedophilia problem whose shows, regardless of age, regularly include satanism, gay propaganda, and the occult.

Defending Pedophilia Is The Logical Conclusion Of Queer Theory

Jim Caviezel Exposes The TRUTH About Adrenochrome and Child Trafficking!