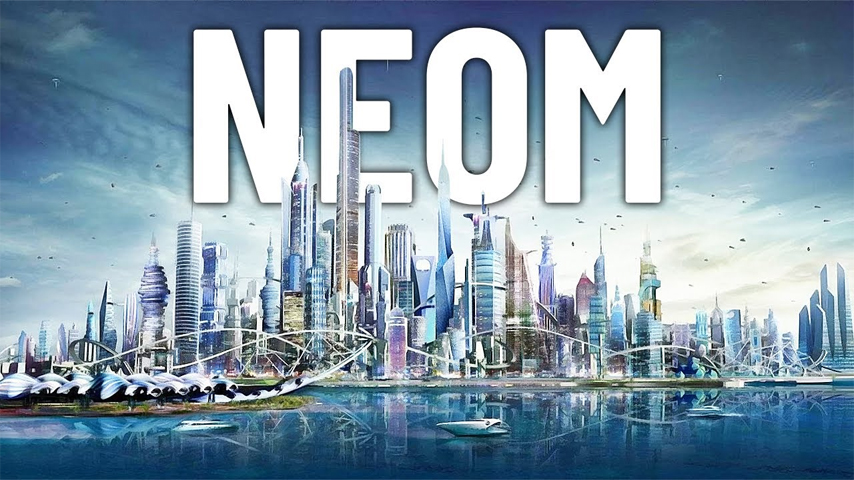 Just twenty-eight miles East of Cairo is “New Cairo City” the future capital city of Egypt. New Cairo City has been under construction for the past seven years and is the crown jewel of a grander project known as “Egypt Vision 2030.”  A compatible counterpart of the UN’s 2030 Agenda for Sustainable Development, New Cairo City will become the financial capital of Egypt. Strategically located between the Nile and the Suez Canal, the entire city will be cashless and 15 square meters of green space will be given to each citizen. For now, the city population cap will top out 6 million residents.

This brings us to Neom, Saudi Arabia the second smart city being built simultaneously in the Middle East.  Already, former Israeli Prime Minister Netanyahu and Saudi Crown Prince Mohammed bin Salman have met secretly in Neom to discuss the future significance of this mysterious smart city being constructed in the extreme Northwestern section of Saudi Arabia.

The port city of Eliat, at the Southern tip of Israeli, would be ground zero for offloading the UAE oil tankers.  Eliat is just to the Northwest of Neom.  Imagine the smart cities of New Cairo City in Egypt and Neom in Saudi Arabia both in close proximity to Jerusalem and the eventual Third Temple of the Anti-Christ.

Neom is an overly ambitious project whose Arab financial backers are building a carbon-free city, with an AI-driven smart grid below, supporting a Garden Of Eden environment above. Neom will be the prototype smart city as the world transitions from democratic rule to technocratic dictatorship. Think of it as the future city of The Great Reset.

Once construction is completed Neom will be the world’s most advanced city, run completely by AI. Imagine an AI  smart city without cars, or streets. Built around nature and every convenience within a five-minute walk. Neom will be a 106-mile long spine. A narrow city located in the extreme Northwestern section of Saudi Arabia, adjacent to Israel.

The spine under the city will house high-speed rail tubes to transport its populace and freight from end to end in less than twenty minutes. Made of advanced technology the spine connects the city modules aligned along its path.

Residents and visitors to Neom will be subject to a vast data-gathering network including drone and facial-recognition technology covering the entire city-state. With a population cap of only one million residents, getting a reservation could be tricky. Just think of the movie Elysium, but in Saudi Arabia

Neom gets its name from a combination of the Greek word for “new” and the Arabic term for “future.”

Out of curiosity, I looked up the definition of the word Neom in the Hebrew language and I found the following… Neom- Monster, evil or wicked person without humanity. A little different than “new future.”  Saudi Arabia is financing the world’s most advanced AI smart city adjacent to Israel, whose name, Neom is an accurate description of the Anti-Christ. We know from scripture the son of perdition will rule from the Third Temple in Israel. How convenient would it be to have two of the world’s most advanced smart cities just a stone’s throw away?

World Bank consultant: “Digital identity is not enough,” suggests a need for access to data