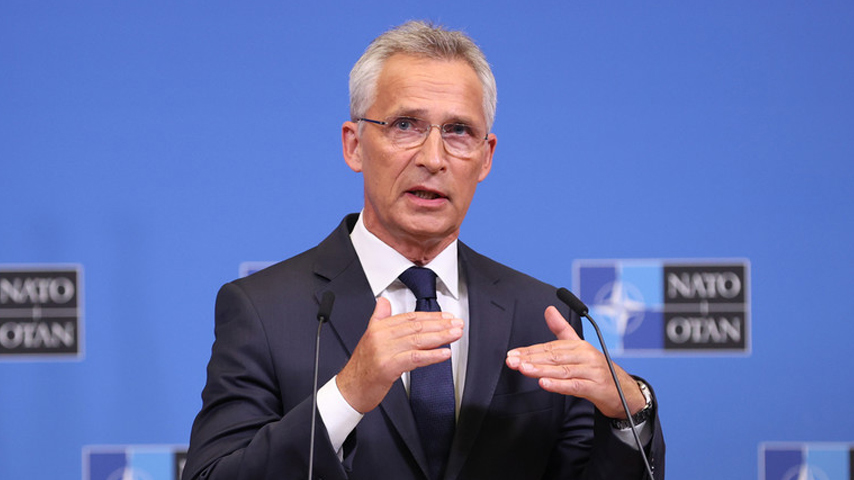 To avoid such a scenario, Kiev must continue its fight with Russia, Jens Stoltenberg said:

Ukraine is heading for a tough winter, NATO Secretary General Jens Stoltenberg warned on Thursday, urging Kiev to continue fighting against Russia. Otherwise, the country may “cease to exist” as an independent nation, he said.

“If President [Vladimir] Putin and Russia stop fighting, then we will have peace. If Ukraine stops fighting, then Ukraine will cease to exist as an independent nation,” Stoltenberg told the AP on the sidelines of a US-led meeting in Ramstein, Germany that brought together foreign supporters of Ukraine.

Stoltenberg avoided giving any time frame for how long the conflict might last but said it would end at some point with negotiations. So far, however, there has been “no sign” of Moscow giving up its objectives in Ukraine, the NATO chief said.

Russia’s ultimate goal in the conflict is “taking control of Ukraine,” he claimed. “We need at least to be prepared for this winter,” Stoltenberg said, adding that the West must “continue to provide support,” including appropriate winter uniforms, generators and tents, among other things.

“Winter’s coming, and winter’s going to be hard on the battlefield in Ukraine. We know that the size of the Ukrainian army is now roughly three times as big as what it was last winter,” Stoltenberg added.

However, the NATO boss claimed the “war in Ukraine is approaching a pivotal moment,” asserting that the ongoing Russian offensive had “stalled” in Donbass and elsewhere. “We see that the Ukrainians have been able to fight back, to strike back and regain some territory,” he said.

Moscow has repeatedly urged the US and other Western nations to stop “pumping” Ukraine with weapons and other military hardware. Top Russian officials insist that the continuous support of Kiev will only prolong the bloodshed without changing the ultimate outcome of the conflict.

Russia sent troops into Ukraine on February 24, citing Kiev’s failure to implement the Minsk agreements, designed to give the regions of Donetsk and Lugansk special status within the Ukrainian state. The protocols, brokered by Germany and France, were first signed in 2014. Former Ukrainian President Pyotr Poroshenko has since admitted that Kiev’s main goal was to use the ceasefire to buy time and “create powerful armed forces.”

In February 2022, the Kremlin recognized the Donbass republics as independent states and demanded that Ukraine officially declare itself a neutral country that will never join any Western military bloc. Kiev insists the Russian offensive was completely unprovoked.