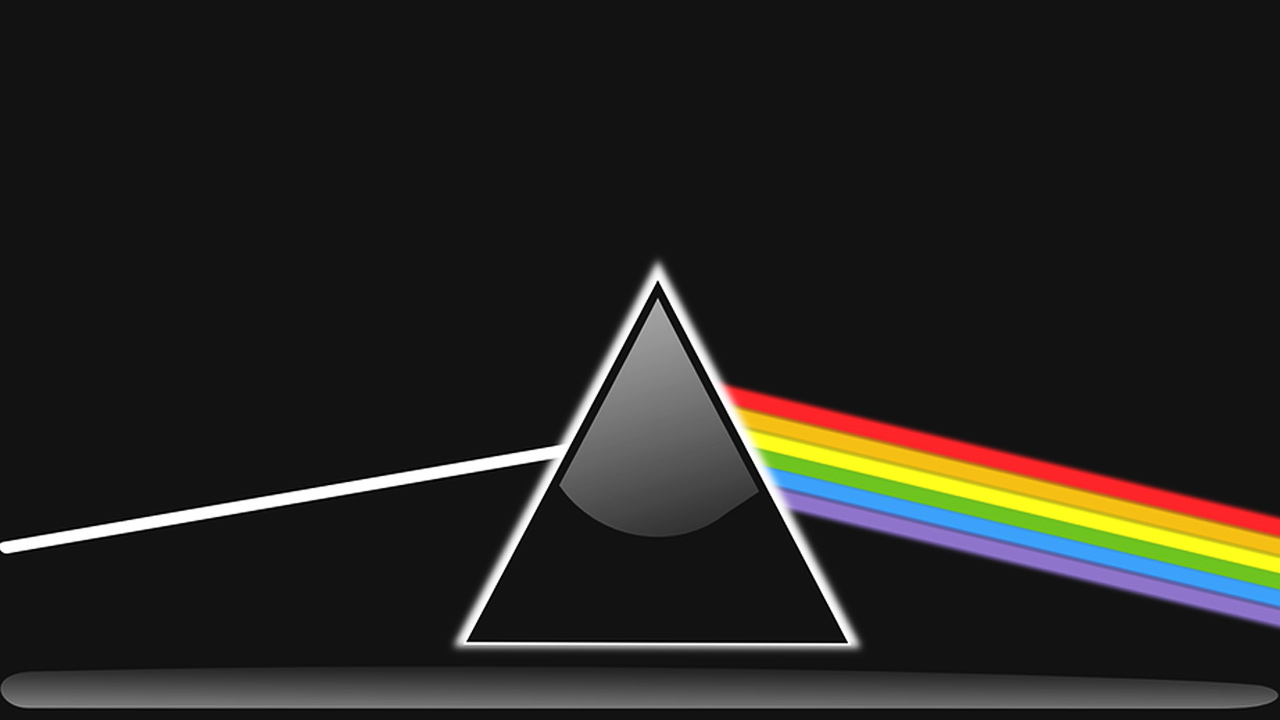 As Pink Floyd most famously and accurately stated “There is no dark side of the moon. Matter of fact it’s all dark”  NASA’s latest’s bit of fiction is their intention of landing on the dark side of the moon.  As stated by Professor Foster in the 1965 video below, featuring the moon is not a rock, but cosmic plasma and therefore cannot be landed on.

The moon and sun are the same size and rotate clockwise motion just below the sea firmament dome and above the flat earth Actually, it’s impossible to visit and any heavenly body because the rocket would hit the vaulted dome.  Just like the movie “The Truman Show” we live under a dome and no one is going anywhere. Although the moon and sun are below the dome, both are plasma lights and impossible to land on. . Their best and brightest have only managed to ascend to a maximum low earth orbit (LEO) earth orbit of twelve hundred miles. High earth orbit, (HEO) is unobtainable.

If you believe the mainstream media’s fictitious narrative, a NASA space ship traveled three-hundred and eighty million miles to Mars. However, NASA hasn’t sent a man back to the moon in forty-nine years.  Considering the alleged distance to the moon is two-hundred and thirty-eight thousand miles, we’re supposed to believe  NASA doesn’t have the technology to return man to the moon because it was destroyed. As confirmed by Astronaut Don Pettit below…

Astronauts haven’t officially returned to the moon since 1972. Of course, they were never there in the first place. Over the years, the copy and paste astrophysicists have run out of magic tricks. Non-existent ball planets don’t rotate around non-existent fireballs trillions of miles away. The physical truth hides in plain sight. For example, the moon’s Tyco crater is visible to the naked eye. Yet it’s only fifty-three miles wide. Impossible to see if the moon were two-hundred and thirty-eight thousand miles away. The static moon appears upside-down when viewed from the southern hemisphere because the moon never changes perspective. Only you do.

Twenty-two-thousand, two-hundred-and-thirty-six miles is the fictitious distance a  geosynchronous satellite orbits the fictitious ball earth. Unfortunately, such an altitude would submerge all satellites in the vast ocean positioned above the sea firmament dome. NASA refers to this layer of the atmosphere as the thermosphere, where the temperature can reach four-thousand degrees. Yet somehow twenty-five thousand satellites and three hundred and seventy-thousand pieces of space junk haven’t melted or crashed, all while simultaneously orbiting the ball earth at twenty-two thousand miles per hour.

Even the origin of the word satellite is steeped in the annals of a prolific science fiction writer who had his fictional word co-opted by the space program. In truth satellites only circumvent the first heaven of the third dimension below the sea firmament dome. Everything is to scale. Because the sun and moon are in close proximity to the flat earth, satellites. propelled by high altitude balloons, orbit from an altitude of twelve hundred miles, twenty-three-hundred miles below the sea firmament dome.

By their own admission, the International Space Station conducts all of its missions in a low earth orbit. Numbers, numbers, numbers… The orbital speed necessary to maintain a stable low flat earth orbit is four-point-eight miles per second. Relatively slow when compared to the speed of light, which is one-hundred and eighty-six a thousand miles per second, thirty-eight thousand one hundred and ninety-three times faster than the ISS.

The moon is a hollow, flat, translucent,  crystalline, self-illuminating disc. One that generates a unique type of cold light. During a full moon cycle, the stars can be seen shining through the moon’s disc, confirming its translucent composition.

Genesis Chapter 1 verse 16 says, “For God made two great lights, the sun and the moon, to  shine down upon the earth.”

On Earth, the temperature of radiate moonlight is always colder than its adjacent moon shadow.  If moonlight was the result of sun rays reflecting off the earth, then the illuminated moonlight reflecting back onto the earth should be warmer. Moonlight is colder, proving it projects its own light.

In essence, the sun transfers or puts in one-seventh of its light into the moon, where it is stored,  illuminated and eventually extinguished upon completion of its phase cycle. The moon does not reflect the sun’s light from its exterior surface. Rather, it projects moonlight from its translucent interior. Repeating the cycle, again and again, ad infinitum.

The sun and moon rotate clockwise below the sea firmament dome as the moon alternates evenly below and above the sun. During the day, the blue sky is visible through the dark part of the waxing or waning moon. Since the fifteenth century, there have been fifty eclipses featuring the sun and moon above the horizon. Impossible if ball earth casts its shadow on the moon. With an equatorial circumference of six thousand, seven hundred and eighty-three miles, the sun and moon are the same sizes. It’s the reason they look the same size during an eclipse.

In theory, if there’s one phenomenon that could disprove the flat earth theory, it’s meteorites….  Though this is not really true. Meteorites are scattered debris floating freely within the sea firmament dome. Occasionally a meteor will violently pierce the dome and fall rapidly through the thin atmosphere of the first heaven in the third dimension. The proof is found in the composition of a meteor. Pyroxine, plagioclase and olivine are the three primary minerals found in both meteors and the seabed of the ocean’s floor. Apparently, there is an ocean above and below. As above, so below. Another piece of anecdotal evidence is the meteoric origins of Libyan desert glass or great sand sea glass. Comprised of ninety-eight percent molten silica, Libyan desert glass is the byproduct of radioactive melting. Molded at three-thousand, six hundred and thirty-two degrees,  which is the average temperature range of the thermosphere. Great sand sea glass or molten glass are broken pieces of the sea firmament dome that have fallen to the flat earth. Molten glass?

Job Chapter 37 Verse 18 says, “Hast thou stretched out the heavens, which are strong and as  molten glass.”

Below the sea firmament dome, the sun and moon revolve clockwise thirty-five hundred miles above the flat earth. Not ninety-three million… two hundred thirty-eight thousand miles respectively. Astronauts haven’t officially returned to the moon since 1972. Of course, they were never there in the first place. Over the years, the copy and paste astrophysicists have run out of magic tricks.  Non-existent ball planets don’t rotate around non-existent fireballs trillions of miles away. The physical truth hides in plain sight. For example, the moon’s Tyco crater is visible to the naked eye. Yet it’s only fifty-three miles wide. Impossible to see if the moon were two-hundred and thirty-eight thousand miles away. The static moon appears upside-down when viewed from the southern hemisphere because the moon never changes perspective. Only you do.

Thirty-five hundred miles above the flat earth the localized sun dictates the day, night and seasons. Because of its close proximity. The sun functions as a spotlight. You’ve been correctly programmed to believe that it’s always daytime somewhere on earth. Just not in the heliocentric sense. In truth, the sun moves away from your limited horizontal perspective. Rising in the East.  And setting in the West. Determined by your stationary flat earth line of sight. When the sun rises it appears from the Eastern vanishing point of human perspective. As it sets the sun disappears from the Western vanishing point of human perspective. During its twelve-month cycle, the localized sun moves back and forth from the Tropic of  Capricorn to the Tropic of Cancer. Its twenty-three-point five-degree Southern and Northern variation determines the seasons.

Flat sunbeams appearing on the ocean just after sunrise and before sunset confirm the surface is flat. The sun is smaller and localized. Similar to the forward motion of a clock, the sun circumvents the outer edge of the flat earth’s extreme perimeter.

From above, the flat earth resembles a  Frisbee with an exterior frosted edge. Thirty-five-hundred miles above the surface is the sea firmament dome enclosing the entire flat earth.

The geocentric theory is not a theory.  Job Chapter 38 verses 4-7 says, “Where were you when I laid the foundations of the earth? Tell me, if you know so much. Do you know how its dimensions were determined and who did the surveying? What supports its foundations, and who laid its cornerstone as the morning stars sang  together and all the angels shouted for joy?”