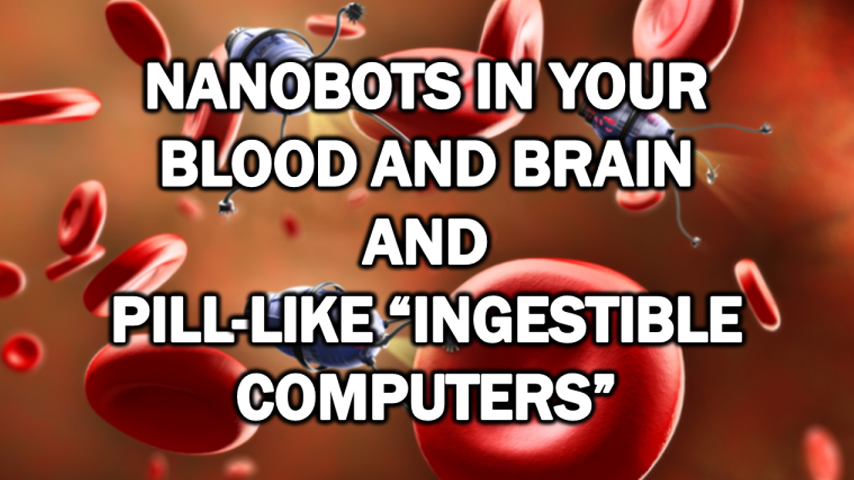 In a 2014 video, Nicholas Negroponte said he doesn’t like to make predictions about the future; he prefers extrapolations based on research. But if pushed to guess future innovation, he said that biotechnology will be “like digital was 20 years ago.” In this 2014 clip, he imagines a future in which information and knowledge can be delivered to the brain via tiny robots in your bloodstream.

Nicholas Negroponte is the co-founder, together with Jerome B. Wiesner, of the MIT Media Lab (1985), which he directed for its first 20 years.

“This year [at TED] I actually did make a prediction … it’s part of work that some of my colleagues have started at the Media Lab which is really looking at the brain. Not just mapping the brain but how do you interact with the brain pretty directly … the key to my prediction is the best way to interact with the brain is from the inside, from the bloodstream. Because if you inject tiny robots into the bloodstream, they can get very close to all the cells and nerves and things in your brain, really close,” Negroponte said.

The video, and its transcript, can also be found on Big Think’s website HERE.

Computers That You Eat, or That Eat You?

Negroponte’s idea may sound outlandish but 18 months earlier, Big Think published an article stating that “Ray Kurzweil’s dream of internal nanobots floating around our bloodstream making us immortal by eradicating diseases and slowing down the aging process may actually be a reality sooner than any of us ever thought.”

Previously, in 2007, author and futurist Ray Kurzweil had written an article which was published in The Guardian titled ‘Bring on the nanobots, and we will live long and prosper‘.

Extending human life expectancy is not a new story. When our genes evolved thousands of years ago, it was not in the interests of the species for people to live past child-rearing as resources such as food were in very short supply. So human life expectancy was in the 20s a thousand years ago. It was only 37 in 1800. It is now pushing 80, and we have been adding about three months each year for the past several decades.

This progression is about to go into high gear.

Bring on the nanobots, and we will live long and prosper, Ray Kurzweil, The Guardian, 22 November 2007

The combination of nanotech and biology to create new, compound organisms that are blends of synthetic elements and living tissue is an area of much ongoing research. Some of the proposed applications include medical diagnostics, but also the typical slate of Kurzweilian life-extensionist propositions, including genome restoration and reversing aging processes.

That may sound like something out of a sci-fi movie, but Kurzweil, a member of the Inventor’s Hall of Fame and a recipient of the National Medal of Technology, said during a 2009 interview with Computerworld that research well underway at the time was leading to a time when a combination of nanotechnology and biotechnology will wipe out cancer, Alzheimer’s disease, obesity and diabetes.

Kurzweil said that anyone alive come 2040 or 2050 could be close to immortal. The quickening advance of nanotechnology means that the human condition will shift into more of a collaboration of man and machine, as nanobots flow through human bloodstreams and eventually even replace biological blood.

In June 2013, The New York Times reported on two different companies – Proteus Digital Health and HQ – that were working on next-generation “ingestible” computers — tiny pill-like computers that you can swallow with a glass of milk or water, Big Think wrote. Once inside your body, tiny sensors and transmitters go about their business, whether it’s tracking your internal biorhythms or wirelessly reporting back on your body’s current health status to your doctor.

They look like normal pills, oblong and a little smaller than a daily vitamin. But if your doctor writes a prescription for these pills in the not-too-distant future, you might hear a new twist on an old cliché: “Take two of these ingestible computers, and they will e-mail me in the morning.”

Disruptions: Medicine That Monitors You, The New York Times, 23 June 2013

While there are many possible uses for these ingestible computers – everything from acting as bio-passwords to helping to activate digital devices in your immediate proximity – the most attractive area, for now, is healthcare, Big Think stated, going on to say:

“As Kurzweil has suggested in the past [in his 2007 article], the only way to prolong human life and eradicate diseases like diabetes or obesity is by implanting tiny computers and sensors within our own bodies that are capable of troubleshooting all the little problems that cause our bodies to age.

“In many ways, ingestible computers are the next logical progression of the wearable computing trend. Only this time, computers are on the inside, not the outside, of the body.

“In the case of Proteus Digital Health’s ingestible computers, they are actually powered by your own stomach: copper and magnesium interact with acids from your stomach to create real-life batteries.”

So, what could possibly go wrong when you’re swallowing new computers every 24 hours or so?

The biggest concern involves privacy. You would essentially have sensors and computers reporting back on you. If you’re concerned, for example, that your insurance company could increase your premiums if it discovers something about you that even you don’t know, then it could be terrifying.

There’s another, even scarier, scenario, however, noted Big Think. What if the tiny computers floating around inside of you get hacked?

“Even Ray Kurzweil, the self-proclaimed prophet of the Singularity, admits that, sometime within the next 30 years, we may get to a point where these internal nanobots would be able to self-replicate. And, within a certain number of replication cycles, vast colonies of nanobots would eventually be able to “devour” the human body. If this happens on a grand enough scale, it would be the first-ever case of a non-biological plague.”