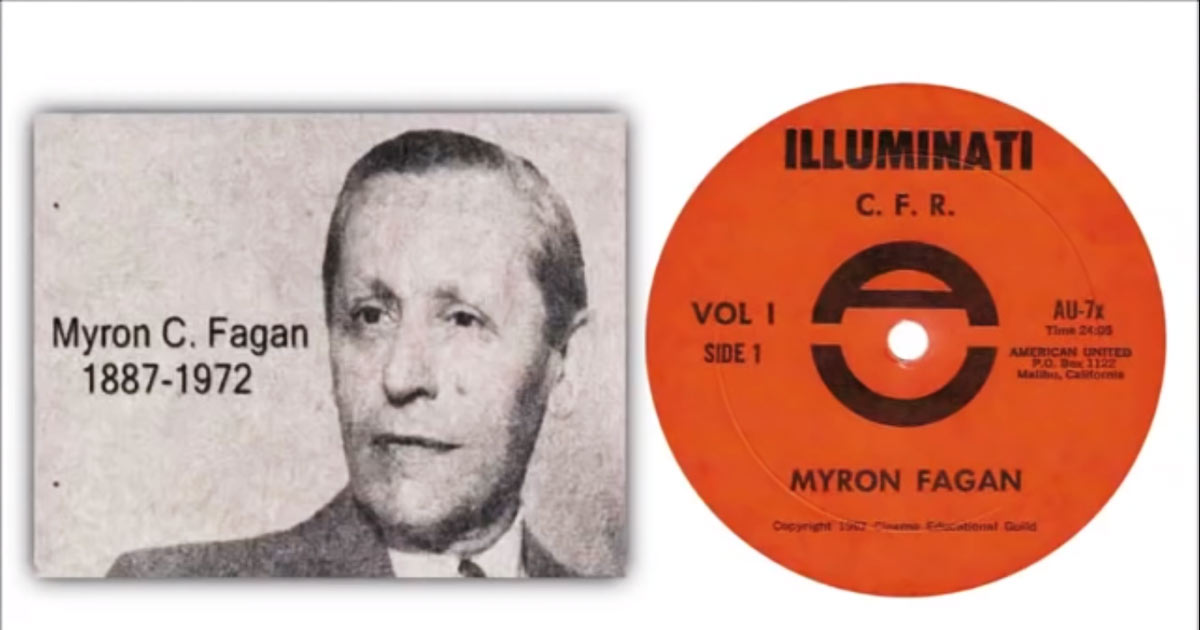 Myron Coureval Fagan (October 31, 1887 – May 12, 1972) was a playwright, director and producer of American cinema. He was also an essayist on conspiracy theories, a fervent anti-communist, and one of the first to speak of the Illuminati plot. Myron Coureval Fagan was the husband of Minna Gombell. He was inspired by John Thomas Flynn for his conspiracy attempts.

This is a 1967 recording of Myron Coureval Fagan: