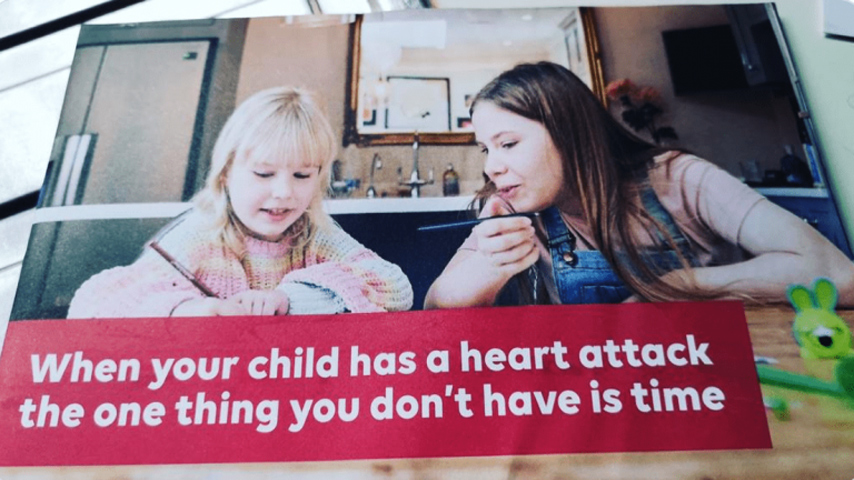 Thirty years ago, this blogger experimented with lysergic acid diethylamide (LSD) and shrooms. There were rumors back in the 80s and 90s that once you’ve taken acid 10 or more times, you are deemed clinically insane. One week in the early 1990s, at least 10 tabs were consumed. And for a while there, clinical insanity seemed real. Flashbacks and weird episodes happened for a year thereafter. No more illicit drugs were ever consumed again. But in 2022, you don’t even need hallucinogenics, as the sheer insanity that is The Great Reset is like a trip of its own.

The mRNA and viral vector DNA injections cause heart attacks, heart inflammation, blood clots, seizures, amputations, autoimmune disorders, and just about every other human ailment imaginable. There’s no debating any of the foregoing. It’s safe to say that at least 60% of Americans are double-vaxxed, plus or minus 5%. Many of those injected received their shots a year ago, more than enough time for tiny blood clots to form in their capillary networks. This phenomenon is likely to kill all double-vaxxed people who receive real shots (and not placebos) within two years, as posited by Dr. Charles Hoffe.

Even Pfizer, the CDC, the FDA and World Health Organization (WHO) know they cannot hide the current and forthcoming carnage. The WHO is trying to slow down the massacre. A January 11 statement by the WHO is essentially spitting in Bill Gates’ face (who is the second-highest funder of the organization) and ruining his booster wet dreams.

“…A vaccination strategy based on repeated booster doses of the original vaccine composition is unlikely to be appropriate or sustainable.”

The CDC is attempting to normalize all the current and forthcoming blood clots, as seen in a February 10 tweet. 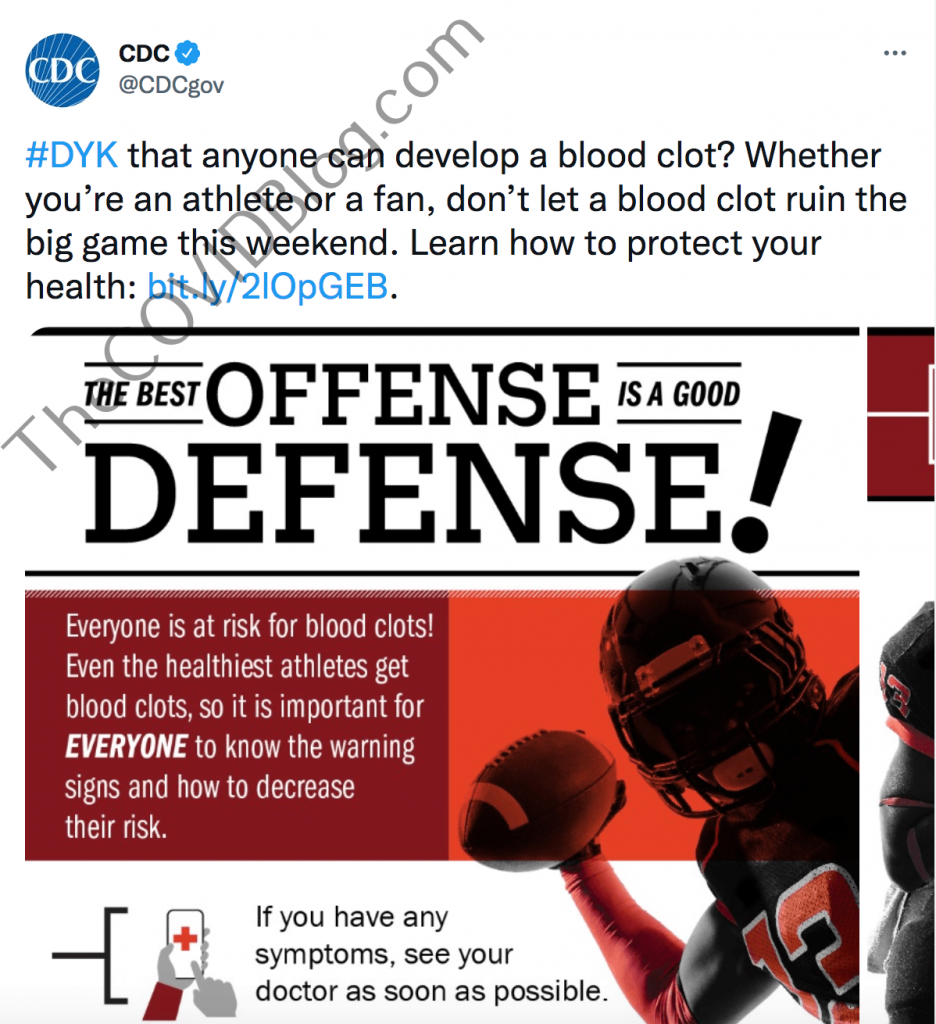 Pfizer followed suit on February 14, reinforcing the propaganda from the CDC via Twitter.

But ultimately, only the densest, most obsequious sheep in the world listen to the foregoing organizations. So Pfizer, the CDC, et al. must use their mainstream media for propaganda dissemination. Heart attacks are the new common cold in 2022 due to mass poisoning via mRNA and viral vector DNA injections. Normalization of cardiac events is crucial in maintaining the already-crumbling COVID-19 narrative. And these people don’t care if they insult your intelligence along the way.

This gem is courtesy of The Mining Journal in Marquette, Michigan. Journalist Randy Crouch wrote in his January 22 article the following:

“So, after doing a lot of reading it turns out that my hypothesis was correct: watching sports can be hazardous to your health.

That’s not to say that turning on a hockey game is going to kill you, but there is a good amount of evidence that particularly intense and high stakes sporting events like the NFL playoffs, the World Series or the World Cup have a correlation with heart attacks and a host of other physical and mental health problems.”

The link to the story is here if you wish to lower your IQ further.

Perhaps this is a shameless advertisement for Pop-Tarts, Eggo Waffles and Smurfberry Crunch. OK, the latter is no longer sold. But it brought back memories, and all you can do is laugh at the sheer absurdity of vaccine propaganda.

The Daily Express, on December 12, wrote the following:

“Heart attacks are especially common among people who routinely ignore [breakfast], with a 21 percent increase to risk.”

Journalist Mason Quah then conceded that the study he cited for proof, “did not aim to provide a causal relationship between skipping breakfast and heart attack risks.” The cherry on top is this image that’s included in the article. 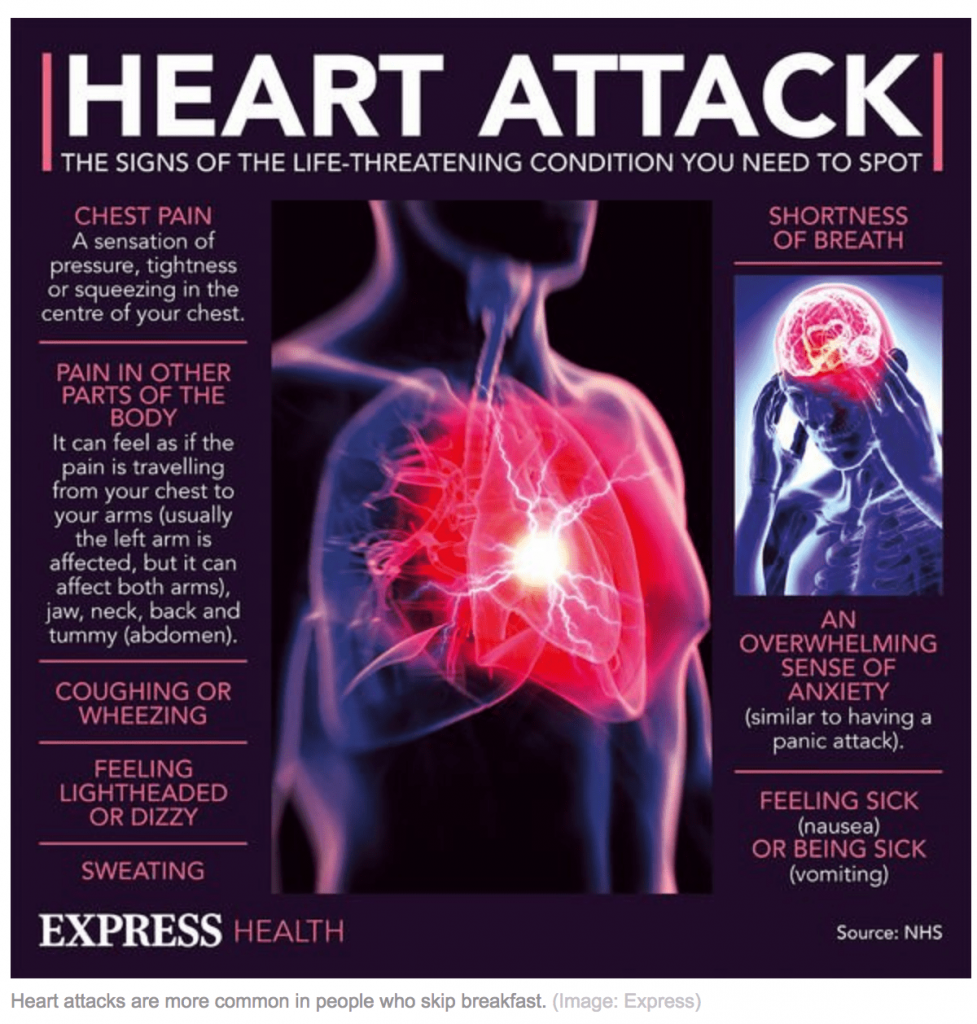 The origin of this one is unclear. But the USA Today version from January 3 is the most entertaining. Journalist Jay Cannon wrote:

“As much as it can seem like a mundane outdoor job, shoveling snow has resulted in thousands of injuries and can even bring on a fatal heart attack. Shoveling snow can also be a trigger for heart attacks, experts say. [Dr. Barry Franklin] cautions against anyone over 45 partaking in the winter chore because of the ‘perfect storm’ of factors that seem to cause heart attacks.”

He added that cold weather is also a factor in raising blood pressure while shoveling snow, which can lead to heart attacks. It’s unclear what other type of weather, other than cold, snow actually falls. Read the rest of the article here.

The U.S. Sun called spontaneous coronary artery dissection (SCAD) a “little-known condition.” We’ve covered at least two post-injection SCAD cases on this blog. We know the injections cause SCAD. But now mainstream media are trying to normalize it for young women.

Journalist Terri-Ann Williams, in her October 26 column, wrote the following:

“In general, it’s an uncommon condition, but doctors are urging women to push for a diagnosis and care when it comes to the symptoms. The condition is most common in women aged 30 to 60 – but experts have now warned that it is reaching fit and healthy women as young as 22.”

In other words, this condition rarely affected anyone until the mRNA and viral vector DNA injections came onto the market. Now it is yet another convenient excuse for post-injection cardiac issues. Read the full article here.

Believe what you’re told, not what you see and hear yourself

Don’t forget about one of the funniest new causes of heart attacks: “cannabis use disorder.” Earlier this month, a British TV doctor said higher energy bills cause heart attacks and strokes. But remember, if you have a heart attack, it’s all in your head and caused by anxiety, according to the CDC.

We don’t need anymore proof regarding the clear positive correlation between mRNA and viral vector DNA injections, and cardiac issues. But yet another study, published on the JAMA Network on January 25, concluded that “the risk of myocarditis after receiving mRNA-based COVID-19 vaccines was increased across multiple age and sex strata and was highest after the second vaccination dose in adolescent males and young men.”

Sadly, this blogger has become desensitized to all the soccer players dropping dead across the globe because it happens almost every day. But by the end of 2022, kids and people under age 30 dropping dead will be normalized across the globe. And the masses will simply listen to the latest propaganda to justify it and continue supporting big pharma initiatives.

Let’s face it – no vaxx-recipient wants to admit that their life is likely going to be cut short in the near future. They must go down with the ship, live by their decisions. All they can do now is pray for a short, painless death. It might sound harsh. But it’s simply the truth.