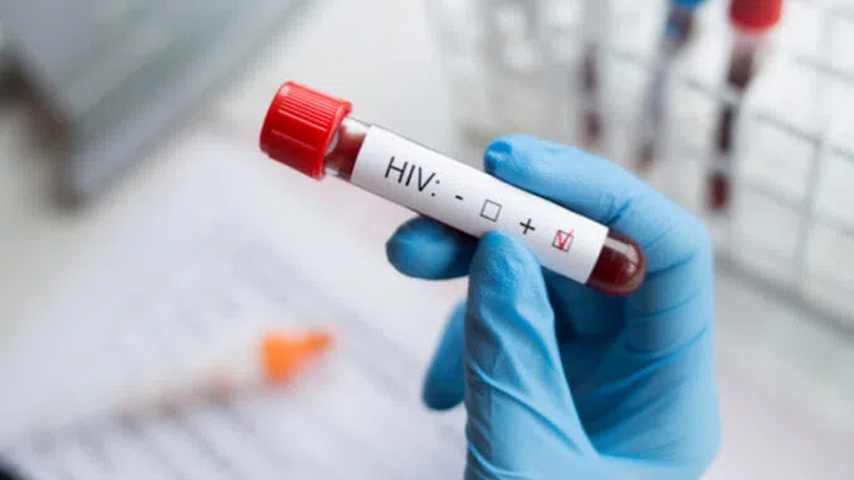 Scientists and the mainstream media are now asking fully jabbed people to begin taking HIV drugs in order to lower the risk of contracting COVID.

The push for HIV drugs comes amid news that more fully-jabbed straight people are being diagnosed with HIV than gay people for the first time in history. According to a disturbing report, “in the last couple of years, medical data indicates that an unprecedented wave of straight people has begun testing positive for HIV.”

And now, according to recent studies on COVID, “HIV drugs may curb COVID-19 risk.”

Reuters reports the following on the study:

Certain drugs used to treat HIV may have a role in preventing SARS-CoV-2 infections, according to preliminary data that may help explain why people living with the condition have not appeared to be at higher risk for serious COVID-19 despite being generally more vulnerable to infections.

Doctors in France studied more than 500 people with HIV, a third of whom were receiving long-term treatment with protease inhibitor drugs as part of their antiviral therapy. Over the course of a year, SARS-CoV-2 infections were diagnosed in 12% of participants taking protease inhibitors and 22% of those not receiving these drugs. Four patients in the non-protease-inhibitor group were admitted to hospital with COVID-19. After accounting for other risk factors, individuals taking protease inhibitors were 70% less likely to become infected with SARS-CoV-2 than patients who were not taking these drugs, according to data scheduled for presentation at the European Congress of Clinical Microbiology & Infectious Diseases.

Some new treatments for COVID-19 use protease inhibitors, which block the virus from multiplying. “Protease inhibitor drugs have long history of use, a good safety profile, and are generally well tolerated,” Dr. Steve Nguala from the Intercommunal Hospital Center of Villeneuve-Saint-Georges, said in a statement. They have the potential “to prevent the spread of infections and mutation of future variants,” he said, adding that larger studies are needed to confirm the findings.

COVID-19 and flu make for a dangerous combo

Having COVID-19 and influenza at the same time puts hospitalized adults at much greater risk of critical illness and death compared to having COVID-19 without the flu, researchers reported on Friday in The Lancet.

Patients with SARS-CoV-2/influenza coinfections were more than four times as likely to require machines to help them breath and 2.4 times as likely to die compared to patients who only had COVID-19, according to a study of nearly 7,000 hospitalized patients with COVID-19, including 227 who also had the flu. Dr. Kenneth Baillie of the University of Edinburgh, who led the study, said the combination of the two viruses is particularly dangerous. “We expect that COVID-19 will circulate with flu, increasing the chance of co-infections. That is why we should change our testing strategy for COVID-19 patients in hospital and test for flu much more widely,” Baillie said in a statement.

“The vaccines that protect against COVID-19 and flu are different,” added Dr. Peter Openshaw of Imperial College London, “and people need both.”

Experimental COVID drug may be preventive and therapeutic

An experimental drug designed to be sprayed into the nose has shown the potential to both prevent infection and treat COVID-19, at least for some variants of the coronavirus, according to a study in mice.

The drug, called N-0385, inhibited entry of the virus into cells in the mice when administered before infection. When given up to 12 hours after infection, it prevented the mice from becoming seriously ill, researchers from Cornell University in Ithaca, New York reported on Monday in Nature. N-0385 is a small molecule that inhibits an enzyme called TMPRSS2. Some variants of the coronavirus – but not Omicron – use TMPRSS2 and the ACE2 protein on cell surfaces to fuse themselves to the cell membrane and inject their genetic material inside. N-0385, which would be given in only a few daily doses, “is simpler and less expensive to mass produce than other types of COVID-19 treatments, such as monoclonal antibodies,” study leader Hector Aguilar-Carreno said in a statement. The current study tested the drug against the original version of the virus and the Delta variant, but not against Omicron.

California-based EBVIA Therapeutics Inc said it is raising funds for human trials, drug development, formulation and mass production of N-0385. If clinical trials confirm its safety and efficacy, giving N-0385 in combination with other antiviral drugs could help reduce the risk of mutations that allow the virus to resist treatment, the research team said.

Dr. Elizabeth Eads: Millions Will Get AIDS from COVID Jabs This Year