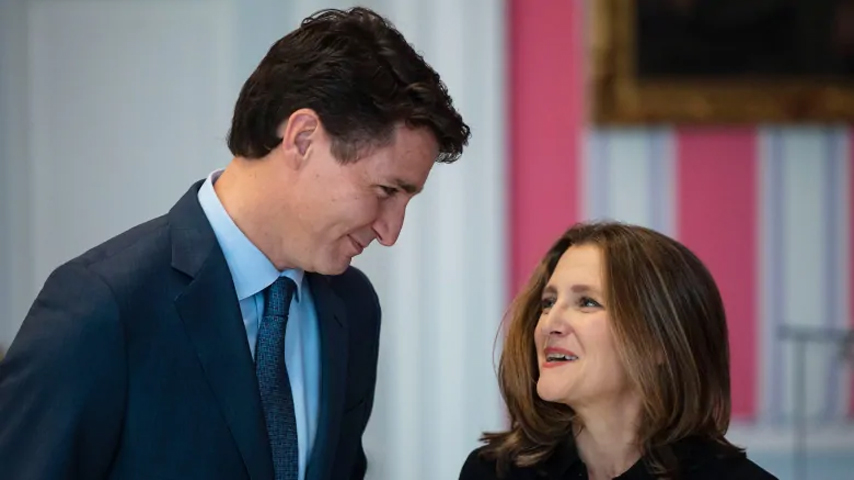 While most eyes are focused on Ottawa truckers and a Parliamentary announcement expected to soon ratify the imposition of the Canadian equivalent of “martial law,” Prime Minister Justin Trudeau’s Liberal minority government is quietly fast-tracking labor code regulations requiring COVID-19 vaccination for all federal employees and federally regulated industries.

It’s not the sort of regulation typically expected from minority governments with limited mandates provide.

But it does provide a great excuse for provincial premiers to relax their unpopular vaccine, travel and healthcare edicts to take the pressure off their political fortunes.

The new federal regulations will supersede the longstanding provincial authority over healthcare, which, in Canada, has traditionally been administered through the provinces, although provincial premiers are restricted to a large extent by “guidelines,” regulations or negotiations between the Federal and provincial governments as part of Federal healthcare funding agreements.

The plans are for the new vaccine edicts to be quietly embedded within the Canada Labour Code, one of the traditional Federal “guidelines” influencing provincial government healthcare policies.

Because the objective of the original 1985 legislation was to “facilitate production” by legislating limits and restrictions to labor strikes and lockouts and to define at the national level occupational safety and health requirements as well as Federal employment standards, the Trudeau liberals feel that this existing legislation is tailor-made to support their vaccine edicts.

To be fair to the PM, this political discussion may once have been a reasonable one for Parliament and the people to have.

But, traditional parliamentary process and due diligence have been bypassed in the mad Trudeau government dash to enact the Emergencies Act, seize funding for legitimate public protests over Federal policies and maintain the PM’s precarious hold on power.

An example of this phenomenon is highlighted in the February 10th, 2022 Free To Fly Rumble update, “Free to Fly Update – Labour Code Vax Regulations,” which provides a detailed outline of the Federal government’s attempt to ram through vaccination regulations by bypassing normal due diligence.

The author of the update is Greg Hill, the co-director of Free to Fly, an advocacy organization composed of 2,860 Canadian aviation professionals and 38,990 passengers “working to remove current Federal government imposed pandemic restrictions in the travel industry.”

Since 1841, we have been publishing new statutes, new and proposed regulations and various government and public notices. At first glance, the Canada Gazette may seem to only be of interest to politicians, lawyers and bankers. However, we publish information that serves all Canadians.

The publication allows the Federal government to engage “stakeholders,” voters and others to help craft regulations. For example:

Any individual who wants to fill in a bog on his property to build a house must publish plans to comply with the Navigable Waters Protection Act in the Canada Gazette. The public is then allowed to respond to the plans.

A construction company intending to build a bridge across a river must also publish its plans to comply with the same act. The public is then allowed to respond to the plans.

And if the government proposes changes to any existing legislation (such as the Canada Labour Code), the Federal government must first solicit comments from Canadians through the Canada Gazette.

The process is supposed to involve a consultation period with stakeholders, which ought to reasonably include employers, employees, and unions.

But, according to Hill, that consultation period, typically taking place over a period of months or years, has been artificially shortened to only a few days, while major stakeholders have not been notified of the legislation. He notes that the expected original Canada Gazette post announcing the opening of public consultation on the new regulations does not seem to have ever been published.

He notes that the proposed changes to the Labor Code, as summarized in the most recent February 16th, 2022 “Government of Canada Labour Program Forward Regulatory Plan: 2021 to 2023” under the title “Developing COVID-19 Vaccination Regulations under the Canada Labour Code,” seem to have allowed less than two weeks for consultation on the legislation.

Hill notes the public consultation “tends to take a considerably long period of time, particularly when you’re talking about a group as broad as all federally mandated employees.”  He notes that the new Covid-19 vaccination regulations included “consultations with federally regulated stakeholders, including employer and employee representatives,” which the Canada Gazette said, “were held in December 2021.”

Given that the statement that consultations were announced in the Canada Gazette on December 10th, 2021, Hill finds it difficult to believe that the normal months of consultations needed for appropriate parliamentary due diligence was shortened to (at most) a period a little under two weeks.

Hill believes that shortcuts were made to limit public awareness of the proposed changes. He encourages the public to connect with their Federal MP’s to convey their concerns over the regulations.

It’s also worth noting the December 7th, 2021 Government of Canada press release, “Government of Canada will require employees in all federally regulated workplaces to be vaccinated against COVID-19” which treats the regulations announced in the Canada Gazette on the same day as a “fait accompli” and bypassed completely the “the official newspaper of the Government of Canada.”

The new regulations are presently expected to come into force “early in 2022,” which could be any day now.

The imposition of the Emergencies Act, essentially a declaration of martial law in Canada, will allow the Trudeau Liberals the full discretionary power needed to implement almost any legislation they see fit. Given that, it’s safe to expect more surprises over the next few days.

THEY TOOK THIS DOWN AS SOON AS IT WAS POSTED. SHARE WITH EVERYONE YOU KNOW

A country that cannot control its own borders cannot survive