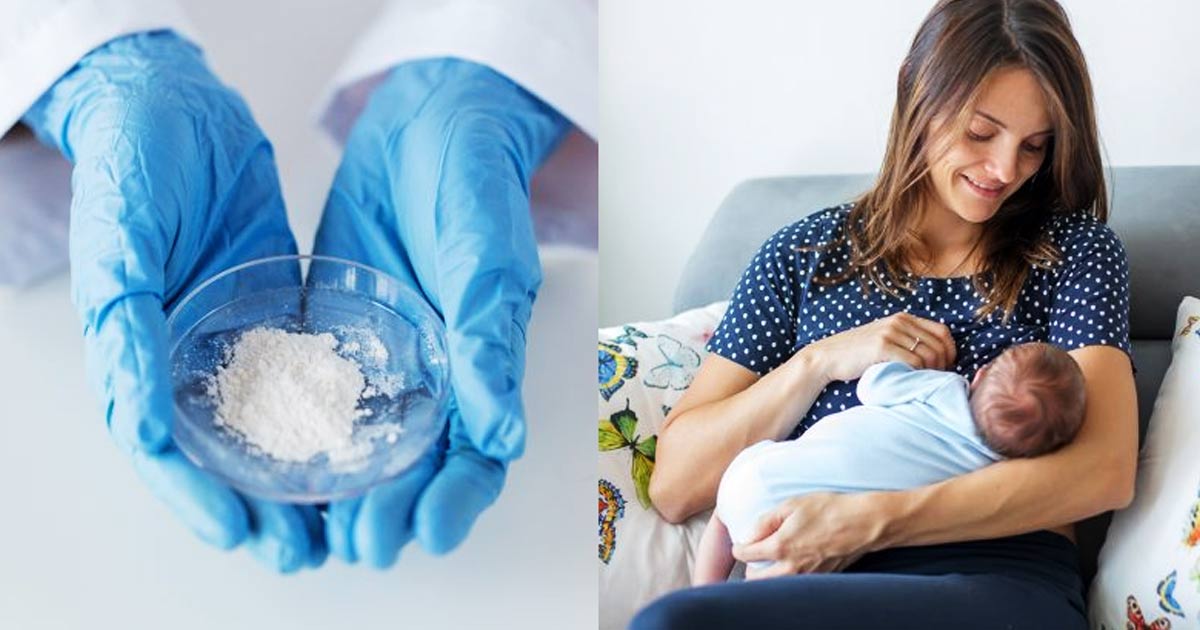 By the Children’s Health Defense Team

Technocrat Bill Gates has received a lot of attention for his global health policy prescriptions related to COVID-19 lockdowns and vaccines. The tycoon’s enthusiasm for experimental biotech injections should come as no surprise, given his longstanding global investments in vaccine-focused organizations and programs. However, Mr. Gates also funds numerous other initiatives, all of which—like his vaccine efforts—feature a near-evangelical belief in the power of science and technology to do Mother Nature one better.

The latest Gates-backed venture to attract notice is a Durham, North Carolina-based biotechnology start-up called Biomilq, which just raised $3.5 million to develop lab-cultured breast milk. Leading the productive round of venture capital fundraising was Breakthrough Energy Ventures, a fund established in 2015 by Gates and a coalition of private investors to “advance energy innovations.” Fellow investors include Jeff Bezos, Michael Bloomberg, Richard Branson, George Soros and Mark Zuckerberg, among others.

In case it isn’t obvious why an ostensibly climate-change-focused investment group of mostly men would be interested in a women-led biotech baby formula company, the media spelled it out in the headlines: According to Biomilq, the artificial, lab-cultured “breast milk” will have a smaller carbon footprint than ordinary baby formula. Further emphasizing the start-up’s apparently prosocial goals, one of the founders told journalists that the company “made it clear to potential investors from day one that profitability wasn’t the core interest.” However, after explaining that the start-up was “very careful about which investment firms it took money from, focusing on mission-driven investors rather than profit-motivated ones,” she admitted that “anybody worth half their salt can see that there’s potentially a very large market here.”

Biomilq is only the latest iteration of corporate attempts to subvert nature’s perfect feeding plan. As early as the 1930s, researchers suspected that commercial formula had a downside and was increasing infant mortality. This negative association became more obvious in the 1970s when Nestlé began aggressively marketing its infant formula to impoverished mothers in developing countries, contributing to the malnutrition and deaths of millions of infants. Although the international public health community subsequently reinforced its promotion of breastfeeding, needed—and related—improvements such as safe drinking water and sanitation have lagged behind.

Nestlé remains one of the three leading purveyors of baby formula to this day, and the infant formula market is still booming. Estimates suggest that the market will be worth almost $104 billion globally by 2026, up from $45 billion in 2018. Although the CDC and World Health Organization (WHO) recommend that infants be exclusively breastfed for their first six months (and continue breastfeeding for at least another six months as “complementary” foods are introduced), 60% of U.S. mothers “do not breastfeed for as long as they intend to.” On a positive note, 84% of babies in the U.S. now have some breastfeeding experience and 57% are still partially breastfeeding by six months; on the other hand, only 48% and 25% are exclusively breastfed for three and six months, respectively. That leaves a large market niche for maternal milk substitutes that companies like Biomilq are only too eager to fill.

Biomilq’s two female co-founders confess to being “over-the-moon at the enormous potential.” One of the two is a food scientist—fresh from jobs at General Mills and the Gates Foundation (where she researched plant-based proteins)—while the other is a cell biologist once thwarted by personal breastfeeding difficulties. Featured on the website is an “advisor” who is also a consultant to the Rockefeller Foundation Food Initiative.

The two entrepreneurs acknowledge that “breastfeeding is one of the most effective ways to ensure healthy development in children” and that breast milk contains “thousands of unique molecules blended in perfect proportion to nourish an infant through some of the most crucial stages of growth.” They also recognize that “we’re all here because these powerhouse [human mammary] cells have been producing milk for millions of years.” Although the “proof of concept” experiments that garnered the Breakthrough Energy Ventures funding produced only two of those “thousands” of molecules (lactose and casein), the two women appear hubristically confident that their biotech process will allow them to create something that is “‘nutritionally’ but not necessarily ‘immunologically’ close to breast milk.”

Baby formula scientists have been interested in techniques to vanquish the differences between breast milk and formula for quite some time. However, back in 2011 a scientist cautioned, “For formulas containing novel ingredients with potent biological activities produced with new techniques it will be extremely important that their safety and efficacy are rigorously evaluated because ‘functional effects’ are not necessarily the same as health benefits.” Apparently, Biomilq thinks it has found the answer, since it is brazenly marketing its lab-grown product as “human breast milk”—or, as the two founders prefer to call it, “cultured breastmilk.”

Biomilq’s website briefly mentions “rigorous quality standards” but says nothing about short-term or long-term safety, leaving many potential questions unanswered. For example, what is the source of the human mammary cells that Biomilq will use to culture its product? Given that breast milk is a “rich source of maternal genetic information,” is there a risk of foreign RNA or DNA transfer or epigenetic alterations? Research shows that breast milk is not a “uniform substance” at either the level of proteins or genes—and variability in breast milk influences neonatal outcomes.

According to a news account, consumers are unlikely to be daunted by these questions, since other lab-grown products have already paved the way for them to believe that Petri dish cultures are equivalent to the real deal: “The notion of growing breast milk in a laboratory is likely to be less alien to the public after the popularity of lab-grown meat.” Is it a coincidence that Bill Gates and many of his Breakthrough Energy Ventures partners have also been busy funding “billionaire burgers” and other fake foods that are “disrupting the food sector”? Companies benefiting from the billionaires’ largesse include Memphis Meats (tissue-engineered meat grown using calf blood), Beyond Meat (laden with MSG and GMO ingredients), Impossible Foods (from GMO soy), Motif Ingredients (specializing in finding “the next big thing in laboratory-based food”) and Apeel Sciences (manufacturer of a barrier coating for produce made from plant-derived materials of unknown provenance).

… current and would-be moms would do well to remember that breast milk is complex, dynamic and highly personalized, with sophisticated components that don’t come from the breast alone …

A 2006 paper discussing “transhumanism, medical technology and slippery slopes” observed that “we find ourselves in strange times” where “the very idea of human nature” and “the place of medical and other technologies in conceptions of the good life” are up for grabs. Since that time, things have only gotten stranger as the Gates and Rockefeller Foundations and other billionaire investors fund everything from genetically modified mosquitoes to ever more GMO and chemical agriculture to “massive chemical clouds” to cool the earth’s surface. In each instance, the orthodoxy that science and technology are infallible is being used to keep questions about unanticipated consequences at arm’s length.

As Biomilq’s founders assure their would-be customers that their mammary-cell-cultured product will “combine the ‘nutrition of breastmilk’ with the ‘practicality of formula,” current and would-be moms would do well to remember that breast milk is “complex,” “dynamic” and “highly personalized,” with sophisticated components that “don’t come from the breast alone”—including antibodies from the mother’s immune cells, hormones from the mother’s endocrine system and beneficial bacteria from the mother’s microbiome. Instead of investing millions in a lab-grown product fraught with technical challenges, those who really want to make a difference should educate women on the unique benefits of breastfeeding. It would also make sense to try to eliminate backward policies in the workplace as well as cultural and other barriers that, for some women, make breastfeeding challenging.