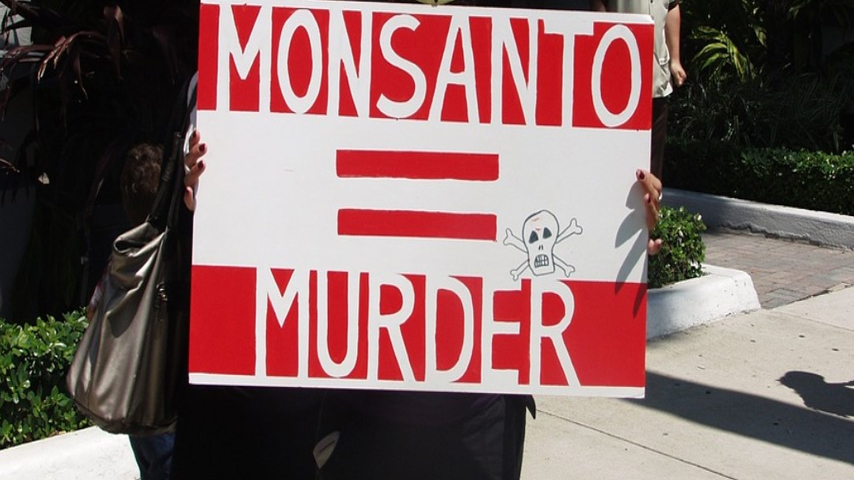 Ukraine is being sold off. The mendacious Western struggle for the “soul of Ukraine” is actually for the monopolies, Monsanto, Vanguard and BlackRock – to pick the country apart.

The Ukrainian land reform law, which after 20 years was passed by the Ukrainian Verkhovna Rada in 2021, made it possible for international agricultural conglomerates – belonging to the western zone of influence – to buy up large amounts of Ukrainian soil. At the same time, ordinary people were led to believe that ultimately the opposite was true: The sponsors of the bill brazenly lied about the alleged protection of Ukrainian farmers and their fertile land.

The international players involved in getting the law passed are agribusiness and biotech giants Cargill, DuPont and Monsanto. Together, these US companies bought about 17 million hectares in eastern and southern Ukraine. These are the regions with by far the most fertile soil, not only within Ukraine but even in this world.

The Australian National Review recently provided an illustrative comparison: The 16,7 million hectares already make up the entire cultivated area of Italy. In short, the stakes are high.

Of the companies mentioned, Cargill is still officially owned by the founding family, but this means nothing in terms of international exploitation practices. Oxfam has provided evidence of how Cargill aggressively and illegally appropriated vast tracts of land in Colombia from 2010 to 2012.

Just last year, just as Ukraine’s infamous land reform was being passed,  Cargill announced that it had become the majority owner of the deep-water port terminal called Neptune in the Pivdenny Port – formerly Yuzhnoye – in the Odessa region on the Black Sea.

In its own press release, the President of Cargill’s Agriculture and Supply Chain business in Europe, Philippa Purser, further explained: “Investing in Neptune allows Cargill to better leverage its operations to feed a growing population by shipping grain to areas around the world where it’s needed most.”

Among other things, this supremacy in the food chain is what is currently at stake in the showdown in this region. But this is just one of many Western investment projects that would be completely lost if Russia succeeded in its denazification and demilitarization, in this case in the Odessa region. Especially if referendums are held afterward, which would undoubtedly result in independence from the Kiev regime.

Land ownership is not only decided by referendums, wars or military operations, but also by sneaky under-the-table sales. The clique of oligarchs that make up the Kiev regime relegated the latter to the fast lane in good time.

Although the company Monsanto was bought by the German pharmaceutical giant Bayer AG for 66 billion US dollars in 2018, it still exists today as a highly active subsidiary. Prior to the sale, when Monsanto was valued at $49,1 billion as of 2015, the much-maligned Vanguard Group owned 7,1 percent of the stock, which was valued at $3,61 billion.

The Vanguard Group, on the other hand, has risen to become the second largest investment company in the world in recent years – with asset manager BlackRock in the first place. BlackRock also has huge stakes in the agribusinesses mentioned above. In the case of DuPont, BlackRock is the second-largest shareholder with 4,33 percent – i.e. 22 021 770 shares. The Vanguard Group has even more – it takes first place with 7,66 percent through 38 962 143 shares.

NATO acting as a policeman for corporate interests?

Behind each of these international exploiting companies, there are completely different, mostly even more powerful companies that figure as motivated shareholders, but are also networked with the much-cited “military-industrial complex” of the United States of America. In this network, of course, NATO has been acting as the clumsy, executive tool. But the economic-legal processes of property transfer of land, as described here, need to be operated with a little more finesse. The deceptive camouflage of these corporate raiders is called “participation in the free, global market”.

Basically, BlackRock and the Vanguard Group also symbolize an embodiment of Wall Street and its interests. Their enormous influence has placed them in their very own, exclusive category of companies. For example, the two are by far the largest shareholders in Wall Street’s 10 most powerful banks – including Goldman Sachs, Bank of America, Citigroup, and JPMorgan Chase.

As with the exploitation methods described by insider Roger Perkins in his 2005 book Confessions of an Economic Hit Man, this process in Ukraine is very similar. The indispensable main ingredients for such historical “land takeovers” are an artificial and corrupt, new elite who create the legal conditions on-site to handle everything in a “legal and unchallengeable” way for their western masters.

Since the beginning of 2014 at the latest, there have been plenty of these actors in Kiev. While the Western media outlets complain that Ukraine’s “independence and democracy” is hanging by a thread, the economy and land prices by extension have been in free fall. This is, of course, by design. By inviting a war, corporate investors have made sure that more bargains at rock-bottom prices will be available.

This kind of mockery of the Ukrainian people still apparently knows no bounds.

Western financial monopolies, which have already become absurdly powerful, are in fact using Ukrainian soldiers to defend their new properties. The ordinary Ukrainian probably still believes he is defending his own country against a supposedly irrational aggressor from the northeast, but their country actually already belongs to corporations.

That is what BlackRock, Vanguard Group, Blackstone and their investors are worried about since there is a risk of losing huge investments in Ukraine which has since been transformed from by far the most fertile arable land on earth into a monocultural, carcinogenic GMO plantation.