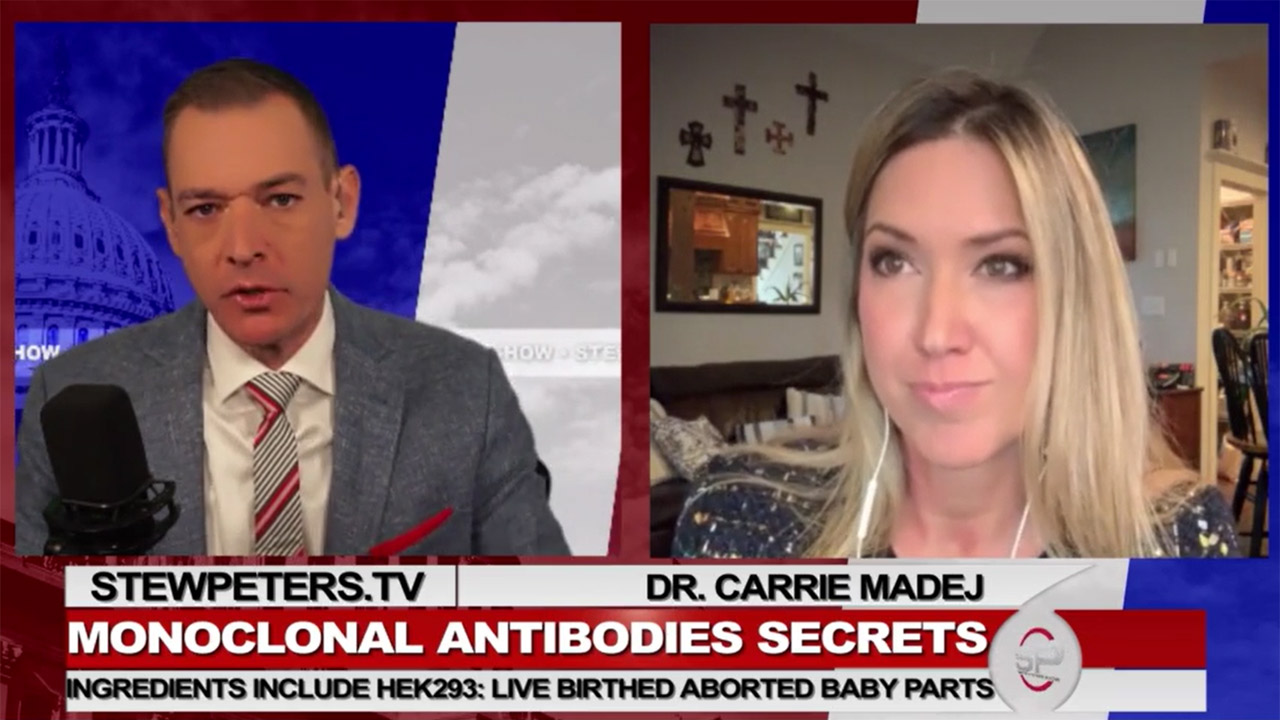 Stew Peters Show welcomes Dr. Carrie Madej back to get a closer look at the clot shot for kids, the secrets of monoclonal antibodies, and genetically modified mouse-human cell lines.

Dr. Madej, an internal medicine specialist, speaks briefly of her previous practice in which this mouse-human cell lining was utilized to treat breast cancer, with these individuals showing results resembling, “explosions of cancer in their body.”

She states that people should be more skeptical about these therapies and treatment methods for both cancer and Covid, stating “we don’t know what can happen to you.”

“The globalist media is going to fact check this,” Stew Peters quipped to Dr. Madej, highlighting the attempts by the Marxist media to confuse and cover up the use of aborted fetal cells.

“What we don’t have as well is accurate reporting on these bioweapon jabs that are being falsely pushed to the public by the media,” Stew said.

“They are performing the lethal dose experiment on humans right now,” Stew affirmed as he and Dr. Madej peered deeper into the silicon formations within the vaccine that are not listed on the ingredient list.

“Some of them looked familiar to water parasites, and some structures from that.” Dr. Madej said, continuing with: “These are being put in our children.”

“Parents are leading these kids out of a fear campaign – perpetuated by the media and all of this advertising – parents are leading their kids directly to this shot,” Stew said Tuesday, as Dr. Madej postulated that the clot shots could lead to “trans-humanism,” if they truly contain graphene oxide.

Mark Steyn on the shocking truth about the booster jab