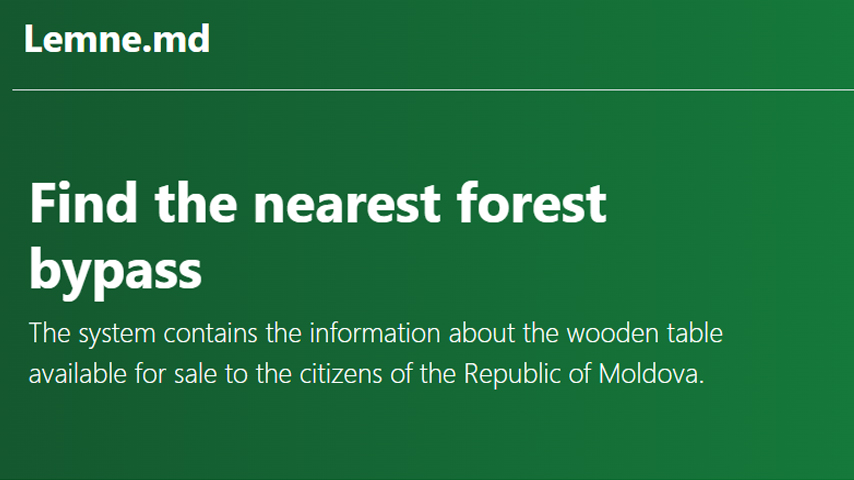 Power rationing across Europe this winter is starting to look all but inevitable at this point as one Eastern European country launched a website for citizens to search for firewood sellers as energy costs become unaffordable.

“The site provides information about the nearest forestry, thus facilitating the process of providing the population with firewood for heating,” the Moldovan Cabinet of Ministers wrote in a statement.

Firewood in Moldova has become the next big scarce commodity (besides NatGas) as households with fireplaces and stoves panic to buy hard and soft split wood ahead of cooler weather to offset energy electricity and NatGas costs.

Local media reported purchase limitations had been placed on firewood because of soaring demand.

Moldovans can search for firewood sellers by location using the government’s website. Here’s an example of one seller:

Moldova remains Europe’s poorest nation in economic terms as it battles record-high annual inflation of over 30% due to energy hyperinflation as Western sanctions against Russia backfire.

The government has asked Moldovan households to reduce power consumption.

Then there’s the risk that Russian supplier Gazprom will cut NatGas supplies to the country entirely if a deadline on Oct. 1 to negotiate debt repayment isn’t satisfied. Romania has told Moldovan officials they would supply them with NatGas if the Russians cut them off, but only if they pay for the fuel.

Moldova isn’t the only country resorting to firewood to heat homes and buildings amid the historic energy crisis. Google searches for “firewood” in Germany erupted in August as Russia’s Nord Stream 1 NatGas pipeline flows dropped to zero.

Deutsche Bank senior economist Eric Heymann recently penned a note to clients that said the perfect “substitution for gas” is, you guessed it… wood. He predicted that “wood will be used for heating purposes where possible,” while industries will switch to oil derivatives, all of which contribute to lower NatGas demand.

And this is coming from the largest European bank that now predicts a growing number of German households will be using firewood for heating.

And it gets better because Polish households are panic buying coal to heat their homes.

Europe’s race to rapidly secure new energy sources appears to be doomed. Households across the energy-stricken continent are panic buying firewood (and in some cases, coal) to heat their homes as this winter could be one for the record books.

A Company plans to dig the world’s deepest hole to unleash boundless energy!