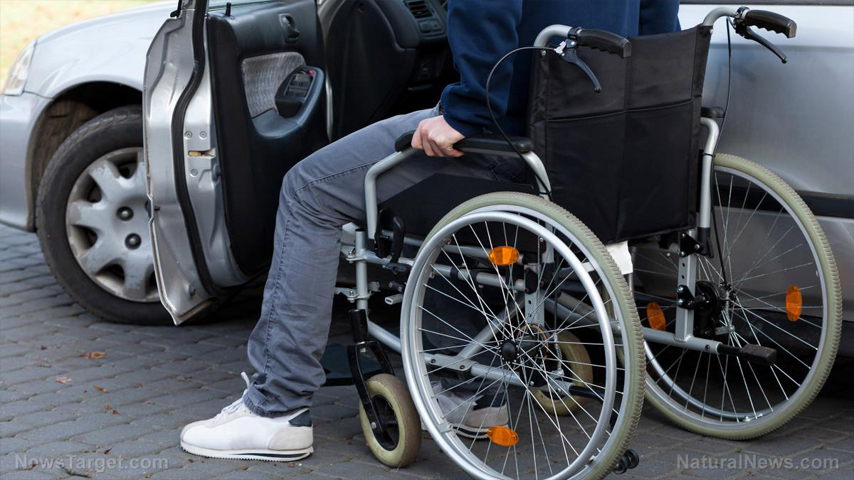 Ever since Operation Warp Speed was launched by Donald Trump, rates of disability across America have skyrocketed.

A shocking number of people who were previously healthy are now permanently damaged, the only thing that changed in their lives being that they took the “clot shots,” also known as Wuhan coronavirus (Covid-19) “vaccines.”

From 2016 to 2020, the disability rate among people 16 years of age and older living in the United States remained stable. Then, right after Fauci Flu shots were unleashed, there was a sharp uptick in serious injuries that have left millions unable to work and live as normal.

Within hours of posting this graph, the Twitter account in question was flagged for spreading “disinformation,” even though it was backed by data. The same account was also locked and comments on and sharing of the post were disabled.

Officially, there were 14,181 people with permanent disabilities stemming from Chinese Virus injections as of May 27, 2022. But the true number, since only a tiny fraction of vaccine injuries ever gets reported, is likely far higher. (Related: Covid injections are also linked to the destruction of men’s sperm.)

After each vaccination spike, there was a subsequent disability spike

The aforementioned Twitter account flat-out asked the question: Are covid injections responsible for the nearly three million-case increase in disabilities post-Operation Warp Speed? The answer to this question seems obvious.

Even just insinuating it, though, is a prohibited offense on social media because it calls into question the “safety and effectiveness” of the jabs. This is never supposed to happen, we now know.

Going by the metric that suggests only about one percent of vaccine injuries ever make it into the Vaccine Adverse Event Reporting System (VAERS), the official 14,181 figure makes sense.

“Seeing this … without a rise in disability reports would be surprising,” reported el gato malo. “[W]e see 14k permanently disabled in VAERS. [A]nd we see a rise in the disabled rolls of 1.8 million.”

“[T]hat’s pretty close to the 1-2% capture rate (more like 1%, but also likely capturing other categories as well, so hard to be precise) for reporting we’ve seen around other VAERS issues (besides death which seems to get better counted) so it feels like we’re in a ballpark here.”

As 2021 came to a close, vaccination started to flatten out, followed by flatting rates of the disability come March. Each time, there was a direct correlation between the shots and permanent injuries.

“[T]his zigs, zags, then zigs again, then zags again all as predicted if it were causal and all with the sort of lag you’d associate with reporting, 1-2 months. (all 2 mo save May – June 21).”

Human DNA Has Been Poisoned