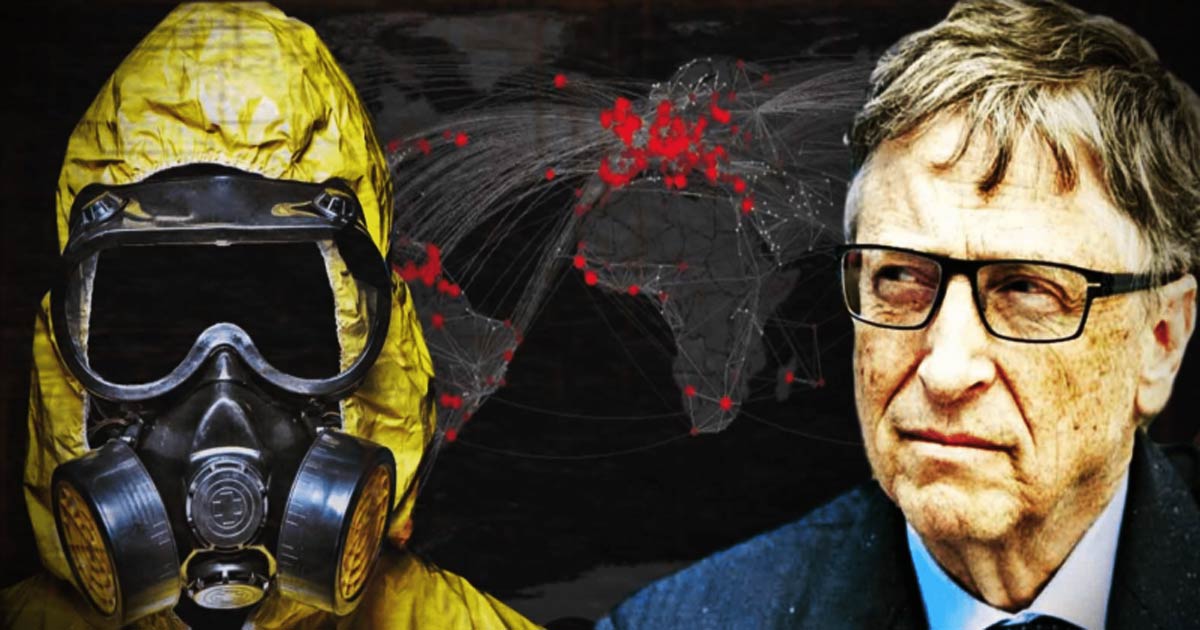 Should a deadly pandemic comparable to the 1918 influenza outbreak reach the US in the relatively near future, the US government would be powerless to stop it. And in all likelihood, hundreds of thousands — if not, millions — of Americans will die.

That was the message Microsoft founder Bill Gates sent to the world before the Massachusetts Medical Society in April 2018.

If a highly contagious and lethal airborne pathogen like the 1918 influenza were to take hold today, nearly 33 million people worldwide would die in just six months, Gates noted in his prepared remarks, citing a simulation done by the Institute for Disease Modeling, a research organization in Bellevue, Wash.

Specifically, Gates said the U.S. government is falling short in preparing the nation and the world for the “significant probability of a large and lethal modern-day pandemic occurring in our lifetimes.”

Gates discussed his efforts to convince the Trump administration to set aside more funding for the Centers for Disease Control and Prevention and to prioritize the creation of a national response plan that would govern how resources are deployed during a pandemic or biological weapons attack.

“So we need to invest in other approaches, like antiviral drugs and antibody therapies that can be stockpiled or rapidly manufactured to stop the spread of pandemic diseases or treat people who have been exposed,” he said in his speech.

Gates said he believed “the world needs to prepare for pandemics in the same serious way it prepares for war.” He added,

“This preparation includes staging simulations, war games, and preparedness exercises so that we can better understand how diseases will spread and how to deal with responses such as quarantine and communications to minimize panic,” Gates said.

That was not the first time the billionaire had warned the world.

Read: Fall of Internet and the Rise of New World Order

At the 2017 Munich Security Conference, Gates asked world leaders to “imagine that somewhere in the world a new weapon exists or could emerge that is capable of killing millions of people, bringing economies to a standstill, and casting nations into chaos. If it were a military weapon, the response would be to do everything possible to develop countermeasures,” he said at the NEJM event, adding that a “sense of urgency is lacking” when it comes to biologic threats.

This should concern everyone said Gates, “because history has taught us there will be another deadly global pandemic.

“We can’t predict when, but given the continual emergence of new pathogens, the increasing risk of a bioterror attack, and the ever-increasing connectedness of our world, there is a significant probability that a large and lethal modern-day pandemic will occur in our lifetime,” Gates said.

Furthermore, as SHTFplan.com’s Mac Slavo notes, last October, Gates was involved in Event 201 when a then-imaginary and deadly virus spread around the globe killing 65 million people.

The fictional coronavirus at the center of the Event 201 simulation — a collaboration between the Johns Hopkins Center for Health Security, the World Economic Forum, and the Bill and Melinda Gates Foundation — was called CAPS, and it started with pigs in Brazil before spreading to farmers, not unlike how 2019-nCoV reportedly began with animals before spreading to people.

In the simulation, CAPS infected people all across the globe within six months, and by the 18-month mark, it had killed 65 million people and triggered a global financial crisis. – Futurism

The ruling classes were unable to stop it too and with the WHO finally admitting the coronavirus is a global pandemic, the slippery slope towards that simulation’s results are accelerating.

“The Ebola epidemic in West Africa four years ago was another wake-up call, as the number of confirmed cases climbed, the death toll mounted, and local health systems collapsed. Again, the world was much too slow to respond,” Gates said of the 2014-2016 epidemic, which killed 11,000 and infected more than 28,000.

Eleven people were treated for Ebola in the United States during that epidemic, according to the CDC. Gates also compared future deadly global pandemics to a new type of “military weapon.”

As Mac Slavo so poignantly concludes, Gates — like many others — is relying on the ruling class (our masters) to prepare and keep us safe. Gates said “world leaders” need to invest in approaches such as antiviral drugs and antibody therapies that can be stockpiled or rapidly manufactured to the spread of these future diseases. We think you should prepare on your own outside of what the rulers are doing.

If we have learned anything from studying history, it’s that the ruling class cares only about the expansion of their own wealth and power and not the people they are enslaving.

While Gates’s sense of urgency at the time was admirable — and perhaps prophetic given the current status of the spread of the Wuhan Coronavirus, other experts on the likelihood of a global pandemic emerging in the relatively near future make Gates look like a Walt Disney-level optimist.

“We know that it is coming, but we have no way of stopping it,” said WHO infectious disease specialist Dr. Sylvie Brand.

We warned at the time that “if you haven’t already, now would probably be as good a time as any to invest in some surgical masks.” Sadly, now it is too late and the world is ‘out’ of masks.

Pfizer Covid pill ‘Paxlovid’ is getting approved all over the world