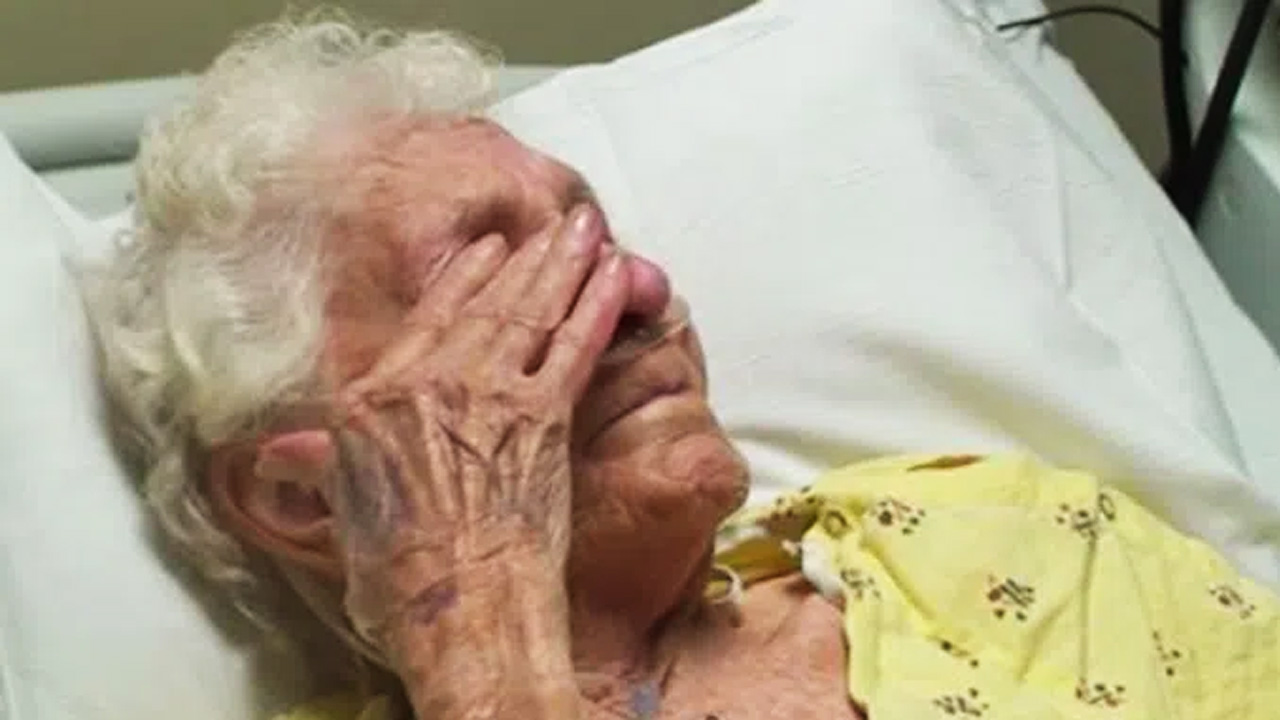 When my mum was put on a syringe driver (a device used to automatically administer drugs) three days before her death in 2009, I didn’t think twice. The kindly hospice nurse told me the drugs were “to make her comfortable” and what daughter doesn’t want their mum to be comfortable in her final days?

I knew my mum was dying because the hospice doctor had told me so. I didn’t question how she knew. Back then, I trusted doctors and just accepted that, as well as the gift of healing, they also possessed the gift of foresight. How ignorant I was!

Eleven years later, in summer 2020, a very distressed man called me. He said he’d seen me being interviewed by David Icke on Davidicke.com about the culling of the elderly in care homes and told me one of his relatives had been a victim. He didn’t mince his words and told me loud and clear that a murder had been committed and that he could prove it. Had I not known what I already knew, I’d have dismissed him as a nutter (I meet a lot in my job as a freelance journalist) but I could tell from this man’s earnestness that he was telling the truth. And that truth was horrific.

I needed evidence though. As a journalist, I have to be very careful before pitching a story to a newspaper: I need to get my facts straight and have proof to back up every claim. Personal anecdotes are all well and good – as well as being an essential part of any investigation and report – but cannot be taken at face value.

So I met up with this man and that’s when I saw the evidence with my own eyes. (Unfortunately, this information can’t be shared for reasons I’ll be able to disclose at a later date.)

I was interviewed by David Icke at the end of a most tumultuous year (that’ll be 2020 in case you’ve forgotten!). That was the first time I’d spoken publicly about what I’d learned. I was as nervous as hell but I felt compelled to share what I’d discovered: that our elderly were, indeed, being killed in hospitals, care homes and hospices.

The Icke interview went viral and my email inbox rapidly filled up. The accounts I was sent by people who believed their loved ones were murdered were heartbreaking. These people were desperate, not knowing where to turn, so seeing the video gave them hope. I suddenly had a new family – that’s how it felt anyway – and I wanted to help them in any way I could.

I believed the best way to get these stories heard was through the mainstream media, so I sent a ‘teaser’ email to 28 editors, telling them I had a really big story that needed to be published. I followed that up a few days later with details of the story. The pitch looked like this:

Euthanasia is being used as a medical protocol in UK hospitals.

Extensive research reveals that the Liverpool Care Pathway, which was abandoned in 2014 after being deemed inhumane, was brought back in at the start of the pandemic in early 2020 and is being implemented in hospitals and care homes across the UK.

Many people believe it’s OK for the sick and elderly to be given a pharmaceutical “helping hand” when they’re in – what’s deemed to be – the final stages of their lives. Few seem to realize that euthanasia (in any form – voluntary or involuntary) is illegal in the UK. If a person is found to be involved in euthanasia, they risk a life sentence. Those found guilty and charged with “assisted suicide” can get 14 years in prison.

The normalization of euthanasia has been occurring for years. This month, Matt Hancock started to push for the legalization of assisted suicide. Why?

The lack of response was shocking. The silence was deafening. It was clear that no editor was prepared to run the story. I still needed to get this information out to the public though but how to do it? I was wary of taking the alternative media route but what choice did I have?

I knew what I had to do: I went to the Isle of Wight – with the man who originally came to me back in mid-2020 – to visit David Icke. We presented him with incontrovertible evidence that the elderly were being killed in hospitals, hospices and care homes using a drug called Midazolam.

On June 4th, 2021, David put out a powerful videocast, revealing some horrendous truths.

The emails, once again, came flooding in. With every story I read, I had a jarring feeling in my brain… These stories were really resonating with me… Why? Then it struck me. My mum. 2009. In a hospice… Something in her arm… a constant pumping of medications into her body. I saw them set up the syringe driver. Her eyes were open then. Seconds later, her eyes closed, never to re-open. I sat with her for two days. Her body didn’t move but she was grunting and groaning, like a person who’d been gagged: she was desperately trying to say something but I didn’t know what. I noticed her lips were dry and dabbed them with water. I dropped tiny pieces of ice cream into her mouth. No one else brought her any food or water. I didn’t think to ask why. I trusted the hospice staff. I had no reason to. Now, it’s a very different story. As the realization dawned, I was overcome with guilt. Why had I been so stupid? What hadn’t I asked questions? Why didn’t I realize that my mum was being euthanized? I could have saved her but I didn’t. This is exactly how every relative of every victim felt. Their pain was now my pain. Although saddened and exhausted it made me all the more determined to go on.

My voice wobbled when I mentioned my mum during an interview I did with Gareth Icke (David’s son) on my birthday. I was grateful he gave a platform to me (and five of the people I’d been speaking to) on his internet news show Right Now. The stories that were told – by a wife, a husband, a daughter, a granddaughter and a son – that day were heartbreaking and shocking.

I then contacted an old friend, journalist and radio host Richie Allen, who invited four more relatives of victims onto his radio show. I co-hosted the show but didn’t need to say much: the stories spoke for themselves. Listeners could hear the pain in his guests’ voices: I’d heard their stories before – from three daughters and a son (who’d lost both parents within six days of each other in separate care homes) – but still got a lump in my throat.

I later did an interview with my friend Ant Insuli for his YouTube show then another for American channel SGT and one for Unity News Network with David Clews. I was saying pretty much the same thing in each broadcast and, although speaking publicly made me anxious, I knew it had to be done. It was the least I could do.

Six months later, I’m still trying to get the national UK papers to run a story. I’m determined to get the voices of the victims’ relatives heard by a wider audience, as this is the only way that the heinous culling can be stopped. The more people that know about it, the more outrage there will be. The government who’ve instigated this sickening and unlawful protocol has blood on their hands and needs to, at the very least, answer some questions.

On December 5th, a film I made in conjunction with Ickonic.com premiered at Cinema & Co in Swansea. ‘A Good Death?’ provides a platform for relatives of victims to tell their stories. Anyone who has any doubts only needs to watch the film once to have those doubts quelled. The truth needs to be heard before further murders are committed and more families are destroyed.

Watch the film by signing up for a free 7-day trial at Ickonic.com

Watch: How Police is Igniting Violence and Fueling the Riots

Why Vaccinated People Are Lucky to be Alive