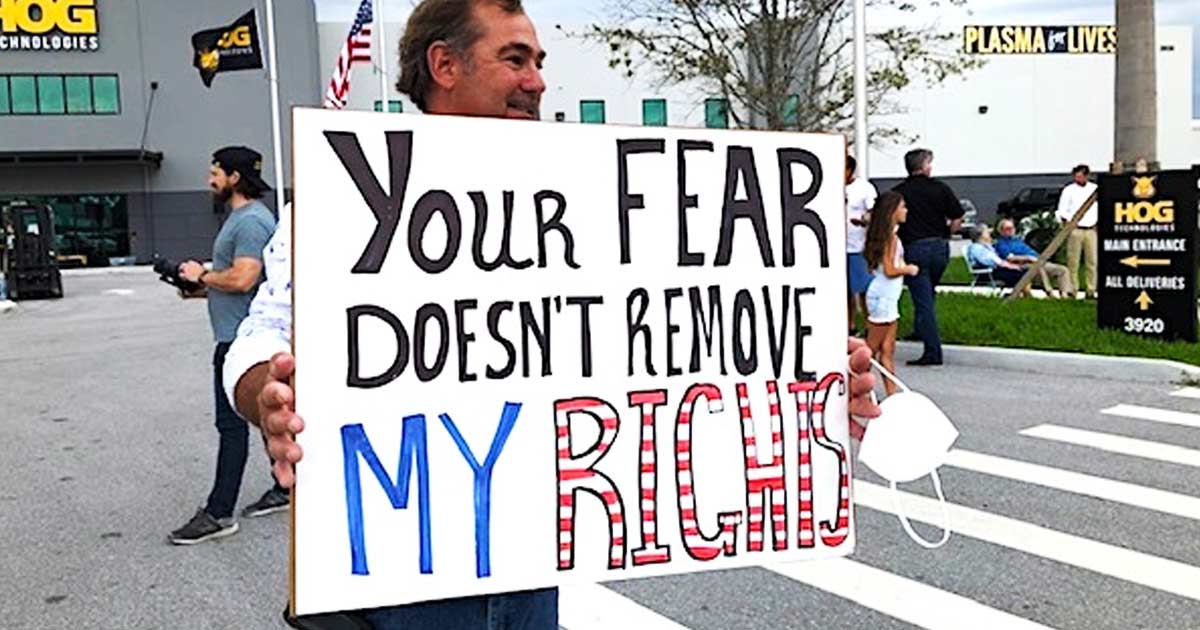 Two California physicians with advanced degrees in microbiology contend that their testing of more than 5,200 patients along with public data show the coronavirus is no more deadly than the seasonal flu and that the sheltering-in-place policy in the United States and most of the Western world not only is unnecessary, it’s harmful.

Drs. Dan Erickson and Artin Massihi, co-owners of Accelerated Urgent Care in Bakersfield, California, told reporters their testing and the data worldwide indicate the case fatality rate is less than one-tenth of 1%.

“Do we need to still shelter in place? Our answer is emphatically no.”

Erickson explained that for hundreds of years, societies have relied on herd immunity to fight viruses.

“Viruses kill people. End of story. The flu kills people. Covid kills people. But for the rest of us, we develop herd immunity. We develop the ability to take this virus in and defeat it,” he said.

“It is not statistically significant whether you lock down or not,” he said. “So why are we doing it?” 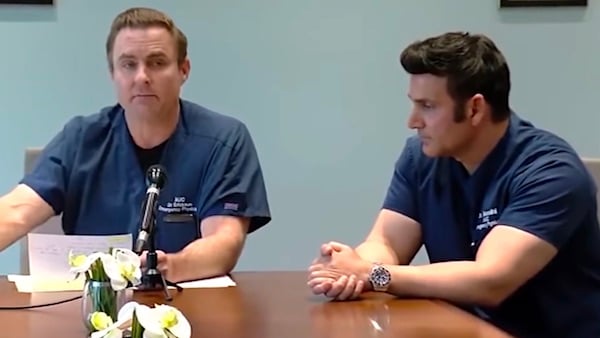 Businesses should reopen and people should return to work as the testing continues, he said.

The physicians, noting they each have studied microbiology for 20 years, said that the nation’s initial response to the outbreak was probably a good idea “when you don’t have any facts.”

“Now that we have the facts,” said Erickson. “It’s time to get back to work.”

“We’ve never seen where you quarantine the healthy.”

The data they have gathered is consistent with what they see across the nation and around the world, based on information from the Centers for Disease Control and the World Health Organization.

In California, they estimate a case fatality rate of 0.03%.

Erickson said Accelerated Urgent Care has been in communication with the Kern County Public Health Department regarding whether the state should reopen.

In response, reported ABC 23 in Bakersfield, public health said that in its “ongoing effort to mitigate the impacts of COVID-19 on our residents and healthcare system, we continue to adhere to the guidance issued by Governor (Gavin) Newsom regarding the stay at home order.”

Erickson noted that 96% of people infected with the coronavirus recover with no significant medical problems.

“Two months ago we didn’t know this,” he said.

“The more positives you get from testing, the prevalence number goes up and the deaths remain the same,” he said.

Which means there are millions of cases and a “small amount of death.”

“You will see that in every state,” he said.

“The reason I am making that point is because we’re going to compare this to flu and say, ‘Is this significantly different from influenza A or B?’ And if not, why has our response been what it is?”

“No pandemic talks. No sheltering in place. No shutting down of businesses. No sending doctors home,” he said.

The physicians were asked why they they have confidence in their view of sheltering in place when it conflicts with the mainstream, including the stance of the top White House health adviser, Dr. Anthony Fauci.

Massihi said it’s not about being right or wrong, emphasizing they are learning everyday and examining trends on the ground.

“We’re not seeing what they have been seeing the past six to eight weeks,” he said.

The reporter followed up asking, why is their view different?

“We’re actually seeing the patients,” he said. “Dr. Fauci hasn’t seen a patient for 20 years. … He’s in an ivory tower. We have a world of respect for him. He’s world-renowned immunologist. … But academics and reality is two different things.”

“We’re just presenting our data and our opinion as medical professionals in this community,” Massihi said.

In fact, as WND reported, Fauci co-authored an article published March 26 in the New England Journal of Medicine predicting the fatality rate for the coronavirus will turn out to be like that of a “severe seasonal influenza.”

In an exceptionally bad flu season, the case fatality rate is about one-tenth of 1 percent, the Fauci and his co-authors wrote.

Regarding the current coronavirus pandemic, they said: “If one assumes that the number of asymptomatic or minimally symptomatic cases is several times as high as the number of reported cases, the case fatality rate may be considerably less than 1%.”

The doctors warned the practice of sheltering-in-place will be harmful long-term.

First, they and other physicians they’ve surveyed see the secondary effect of a spike in incidents of child abuse, domestic violence, substance abuse and the loss of  income.

“All of these are a significantly more detrimental thing to society than a virus that is proven similar in nature to the seasonal flu that we have every year,” Erickson said.

Secondly, they argued sheltering in place weakens the personal immunity that is built and maintained through daily exposure to all kinds of viruses and bacteria that are not virulent.

And, among other things, Vitamin D levels are diminished and mood, which affects immunity, is lowered.

The constant disinfecting only makes it worse, Erickson said.

Massihi said healthy people should not wear masks and gloves, because that further reduces interaction with good bacterial flora that protect from other diseases.

“As you come out of sheltering in place, with a lower immune system and start trading viruses and bacteria, what do you think is going to happen? Disease is going to spike,” Erickson said.

UK hospital doctors are quitting in shocking numbers, leaving industry prone to “complete collapse” in less than a year

Kratom, which the government has been desperately trying to ban, contains powerful anti-coronavirus compounds