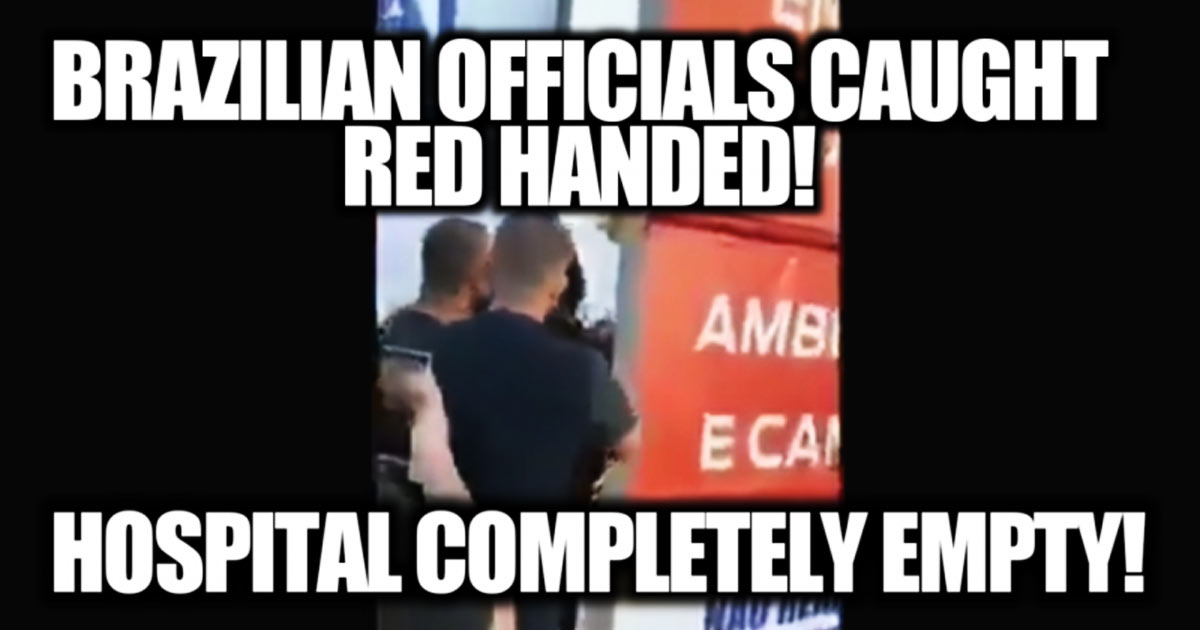 Breaking news: Members of Parliament of Brazil break into hospital that claimed to have 5,000 infected & 200 deaths from COVID19 and caught them red handed. NOT ONE PERSON, the hospital is empty.

Five members of the Brazil parliament went to hospitals under encouragement by president Bolsonaro to break into hospitals & check to see the number of patients there.

This hospital was not even finished, but claiming it was treating 5000 people with COVID19 while 200 were already dead.

Officials broke in to check the claims and found the hospital is an absolute mess, not finished, and no patients.

The governor is frauding the state and nation and taxpayers and lying about the numbers to pad the numbers.

Embezzlement scheme & to help bring down the country and push vaccines.