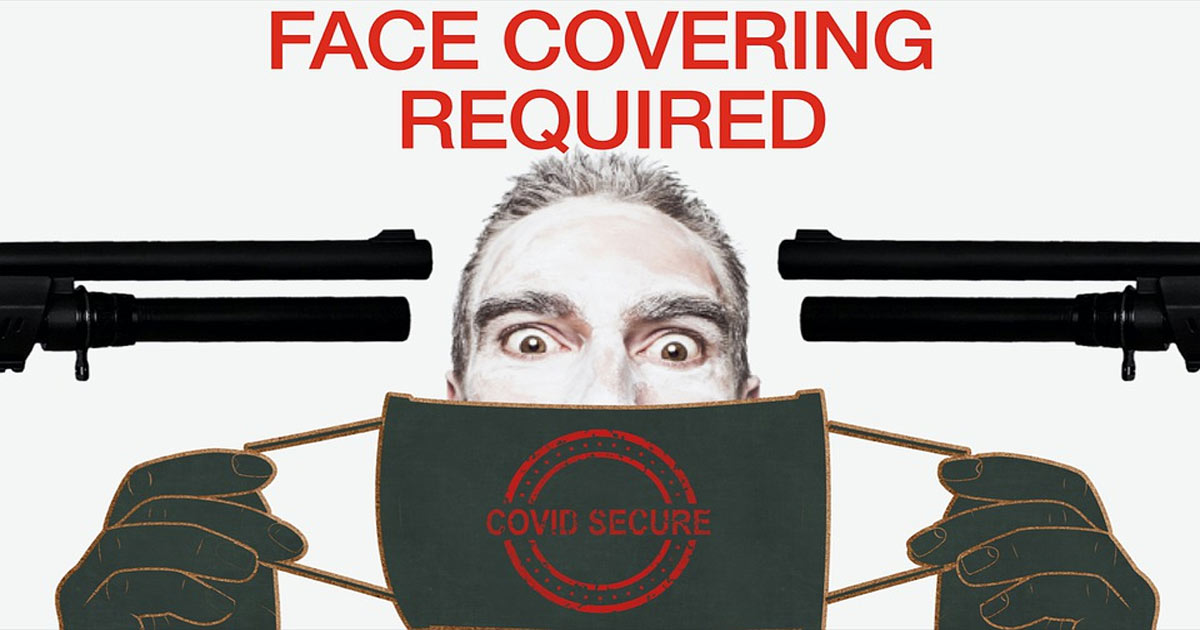 The mainstream reports I’m including in this article—I’ve written about them before. They form a grotesque track record of medical cartel harm inflicted on the population.

I give you these reports again to point out how fake data sets multiply and spread, causing even more destruction.

For example—let’s consider a drug called X. In fact, it is killing patients. However, studies of X published in leading medical journals report glowing results.

Those studies are then cited by researchers who publish more positive material on the drug.

Doctors, reading all these studies, continue to prescribe killer X to their patients.

Pharmaceutical companies, seeing the profit picture of X, formulate their own versions of the drug, and market them—multiplying the killer effects throughout the population.

In the burgeoning field of AI medicine, which is increasingly used to automatically diagnose symptoms and prescribe drugs, X takes its place in MANY data sets as a powerful and safe remedy.

Insurance companies, in their data sets, favor X and its cousins and cover claims based on the prescription of these drugs.

In every venue, data sets that mention killer X laud it as a useful tool in treating patients.

The fraud is deeply embedded, and the murders expand.

It’s an example of the old adage, “Garbage in, garbage out,” except in the field of medicine it’s, “Killing in, killing out.”

All right, here we go. MEDICAL WEAPONS OF MASS DESTRUCTION:

ONE: “The Epidemic of Sickness and Death from Prescription Drugs.” The author is Donald Light, who teaches at Rowan University, and was the 2013 recipient of ASA’s [American Sociological Association’s] Distinguished Career Award for the Practice of Sociology. Light is a founding fellow of the Center for Bioethics at the University of Pennsylvania. In 2013, he was a fellow at the Edmond J. Safra Center for Ethics at Harvard. He is a Lokey Visiting Professor at Stanford University.

Donald Light: “Epidemiologically, appropriately prescribed, prescription drugs are the fourth leading cause of death, tied with stroke at about 2,460 deaths each week in the United States. About 330,000 patients die each year from prescription drugs in the United States and Europe. They [the drugs] cause an epidemic of about 20 times more hospitalizations [6.6 million annually], as well as falls, road accidents, and [annually] about 80 million medically minor problems such as pains, discomforts, and dysfunctions that hobble productivity or the ability to care for others. Deaths and adverse effects from overmedication, errors, and self-medication would increase these figures.” (ASA publication, “Footnotes,” November 2014)

The authors, led by Jason Lazarou, culled 39 previous studies on patients in hospitals. These patients, who received drugs in hospitals, or were admitted to hospitals because they were suffering from the drugs doctors had given them, met the following fate:

Beyond that, every year 2.2 million hospitalized patients experience serious adverse reactions to the drugs.

The authors write: “…Our study on ADRs [Adverse Drug Reactions], which excludes medication errors, had a different objective: to show that there are a large number of ADRs even when the drugs are properly prescribed and administered.”

So this study had nothing to do with doctor errors, nurse errors, or improper combining of drugs. And it only counted people killed or maimed who were admitted to hospitals. It didn’t begin to tally all the people taking pharmaceuticals who died as a consequence of the drugs, at home.

THREE: July 26, 2000, Journal of the American Medical Association; author, Dr. Barbara Starfield, a revered public health expert at the Johns Hopkins School of Public Health; “Is US health really the best in the world?”

Starfield reported that the US medical system kills 225,000 Americans per year. 106,000 as a result of FDA-approved medical drugs, and 119,000 as a result of mistreatment and errors in hospitals. Extrapolate the numbers to a decade: that’s 2.25 million deaths. You might want to read that last number again.

I interviewed Starfield in 2009. I asked her whether she was aware of any overall effort by the US government to eliminate this holocaust. She answered a resounding NO. She also said her estimate of medically caused deaths in America was on the conservative side.

FOUR: BMJ June 7, 2012 (BMJ 2012:344:e3989). Author, Jeanne Lenzer. Lenzer refers to a report by the Institute for Safe Medication Practices: “It [the Institute] calculated that in 2011 prescription drugs were associated with two to four million people in the US experiencing ‘serious, disabling, or fatal injuries, including 128,000 deaths.’”

The report called this “one of the most significant perils to humans resulting from human activity.”

The report was compiled by outside researchers who went into the FDA’s own database of “serious adverse [medical-drug] events.”

Therefore, to say the FDA isn’t aware of this finding would be absurd. The FDA knows. The FDA knows and isn’t saying anything about it, because the FDA certifies, as safe and effective, all the medical drugs that are routinely maiming and killing Americans. Every public health agency knows the truth.

FIVE: None of the above reports factor in death or injury by the vaccine.

Medically caused deaths of friends, family members, loved ones, who are buried along with the truth.

No criminal investigations, no prosecutions, no guilty verdicts, no prison sentences.

But of course, you can believe everything the leading lights of the US medical system tell you about COVID.

You can believe everything the press—who buries the truth about this medical holocaust—tells you about COVID.

Given the reports on medically caused death and maiming I’ve just cited and described in this article, it’s obvious that…

Are spilling over with rank fraud, on page after page.

Indeed, here is a stunning quote from an editor who has quite probably read and analyzed more medical-drug studies than any doctor in the world:

“It is simply no longer possible to believe much of the clinical research that is published or to rely on the judgment of trusted physicians or authoritative medical guidelines. I take no pleasure in this conclusion, which I reached slowly and reluctantly over my two decades as an editor of The New England Journal of Medicine.” (Dr. Marcia Angell, NY Review of Books, January 15, 2009, “Drug Companies & Doctors: A Story of Corruption”)

Compare that quote with one from “the father of COVID science,” Tony Fauci. In an interview with National Geographic, Fauci stated: “Anybody can claim to be an expert even when they have no idea what they’re talking about…If something is published in places like New England Journal of Medicine, Science, Nature, Cell, or JAMA—you know, generally that is quite well peer-reviewed because the editors and the editorial staff of those journals really take things very seriously.”

They take things so seriously, they routinely publish glowing studies of medical drugs that are killing people in great numbers.