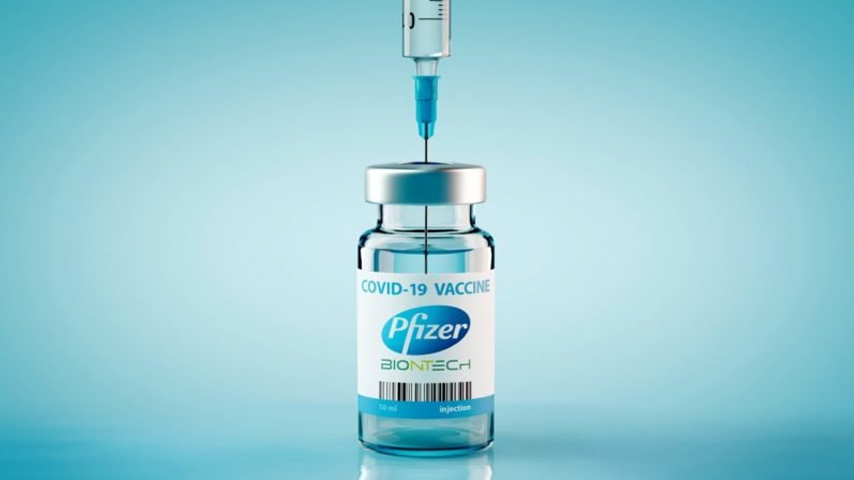 Three girls, ages 12 to 15, presented with vaginal ulcers that began developing two days after each of them received their second dose of Pfizer’s COVID-19 shot, according to a case series published this month by doctors at the pediatric and adolescent gynecology department at Mercy Children’s Hospital in Kansas, Missouri.

Each of the girls had received their first Pfizer dose without complications but noticed pain on the second day after their second shots, according to the report titled Post COVID-19 Vaccination Vulvar Aphthous Ulcers: An Unpopular Case Series, published in the April 2022 issue of the Journal of Pediatric and Adolescent Gynecology by obstetrician and gynecology specialists Julie Strickland, Anne-Marie Priebe, and Ashli Lawson.

The girls attended the hospital between June and September 2021, shortly after the Food and Drug Administration granted emergency use authorization (EUA) for Pfizer’s experimental COVID-19 shot in May 2021, and were diagnosed with the rare, non-sexually acquired painful condition called vulvar aphthous lesions, also known as Lipschütz ulcers. The ulcers are poorly understood but are believed to be an abnormal immune response to infection or other sources of inflammation. Each of the girls suffered from multiple ulcers on her genitals, some of which developed “necrotic islands” – or spots of dead, gray tissue.

None of the girls were sexually active or reported a history of COVID infection or recent exposure, or of having any recent symptomatic viral illnesses. Tests for cytomegalovirus and Epstein-Barr Virus known to be associated with the condition were all negative.

“Although this is a series of adverse outcomes post COVID-10 vaccination, it does shed light on the multifaceted immune response one gains from a COVID-19 mRNA-based vaccine,” the paper concludes. “In addition, this series further supports the long-held belief that vulvar aphthous ulcers are an immunologic response rather than a sign of a genital infection themselves.”

Other published case reports on PubMed, the National Library of Medicine, describe young girls who developed the painful immune-mediated condition following Pfizer’s COVID-19 shots. A 12-year-old healthy girl with no prior sexual history developed a fever a day after she received a second dose of the Pfizer vaccine. She also had no symptoms following the first dose of Pfizer’s injection but developed three painful ulcers with a red rim including one with a white-gray, necrotic crust.

“As vulvar aphthous ulcer results from an immunologic response to an inflammatory source, the COVID-19 vaccine likely resulted in the development of ulcers once this patient’s immune response was activated by vaccination,” concluded dermatologists Sabrina Popatia and Yvonne Chiu, of the Medical College of Wisconsin who treated the girl and published their report in the journal, Pediatric Dermatology.

Another case report describes a 16-year-old non-sexually active girl who became feverish and tired, with muscle pain, and developed lesions in her vaginal area within 24 hours of her second dose of Pfizer’s COVID injection. Over the next two days, the right-sided lesions in her vaginal area “coalesced” into an oozing yellow and gray ulcer with a ring-like border of dead tissue that was “exquisitely painful,” according to the gynecologists who diagnosed her at Children’s Minnesota hospital. The teen could not use a toilet or walk without difficulty.

A 14-year-old girl who was diagnosed with vulvar aphthous ulcers that also began two days after she received her second shot of Pfizer’s experimental COVID-19 immunization following a fever and insomnia is described in another recent case report from the Children’s Hospital and Medical Center, Omaha, Nebraska, in October 2021.

While case reports of vaginal ulcers began being published six months ago, the U.S. Vaccine Adverse Event Reporting System (VAERS) refers to 400 reports describing vulvar, aphthous, vaginal, or genital lesions or ulcers as of March 25, 2022, including 70 among six- to 17-year-olds and one regarding a five-year-old girl.

VigiBase, the World Health Organization’s database for side-effects of drugs including vaccines, cites 1,881 reports of “aphthous ulcers” which may have occurred on any membrane, plus another 1,461 reports of vaginal disorders including ulcers, swelling, and blistering.

One VAERS report describes a five-year-old in Colorado who had muscle aches, arm pain, and difficulty walking after she developed a vaginal lesion after the second dose of Pfizer’s shot in November. Her condition was undiagnosed, according to the report, and vulvar aphthous ulceration was not mentioned.

Another VAERS report describes the harrowing ordeal of a 10-year-old New York girl who received Pfizer’s second dose on February 1, 2022, and developed vaginal ulcers a day later. Hospitalized with fever and related constipation, abdominal and vaginal pain, the girl was forced to undergo extensive, intrusive examinations and testing to rule out sexual abuse (child protection officers were involved) and other infections even though aphthous ulcers were suspected. She underwent an enema and will need to be put under general anesthesia for a more thorough vaginal examination – making Pfizer’s injection a traumatic experience for the child who faced virtually zero risk of becoming seriously ill from COVID-19.

Another 12-year-old from Oregon was diagnosed with “severe” aphthous ulcers after a Pfizer shot in May, and a 12-year-old from Pennsylvania was forced to undergo a “debridement” procedure on a vaginal ulcer after receiving a Pfizer shot but then returned to the hospital in more pain. A 13-year-old developed “black bumps” on her genitals which eventually became ulcers.

One adverse event report of a 13-year-old Texas girl diagnosed with ulcers following inoculation in June 2021 describes a treating gynecologist saying it is a known side-effect of the shots. The girl woke with vaginal pain the day after receiving her second Pfizer dose and was in emergency rooms twice and sent to a pediatrician before being “covered in sores from the labia major to her vulva” and hospitalized for four days. Her treating gynecologist determined she was suffering  from aphthous ulcers and said it was  “a side effect that she was aware of from the covid19 vaccine.”

Six consecutive reports of girls ranging in age from 13 to 19 in Colorado who received Pfizer shots between April 25 and June 7 describe fever followed by aphthous genital ulcers following the shots. This amounts to one rare disease report per week in a single state and, by the similar language used in the reports, filed by the same doctor. Lot numbers were not available in the reports so a bad batch may have been responsible, or a physician recognized the sudden flood of the unusual phenomenon and the vaccine as a likely trigger and went to the trouble of VAERS reporting. Studies have shown that many doctors are unaware of VAERS, they are disinclined to take the time to report when they ought to, and as a result, it is estimated only one to 10 percent of adverse vaccine events are reported.

“Vaccination, in general, has been associated with mucosal side-effects and oral ulceration has been reported in subjects who received Pfizer-BioNTech COVID-19 vaccine,” concluded gynecology specialists led by Adrienne Drucker.

Besides the 1,881 reports of “aphthous ulcers” among the more than 3.5 million adverse events reported to VigiBase, another 3,446 refer to mouth ulcers.

Journalist Jefferey Jaxen recently appeared on The Highwire describing a case report of a man who developed extensive ulcers of his lower lip and gums following a COVID vaccine injection and a review of the growing medical literature of blistering, potentially life-threatening immune-mediated diseases reported following the shots, most of them after a dose of Pfizer’s mRNA vaccine. 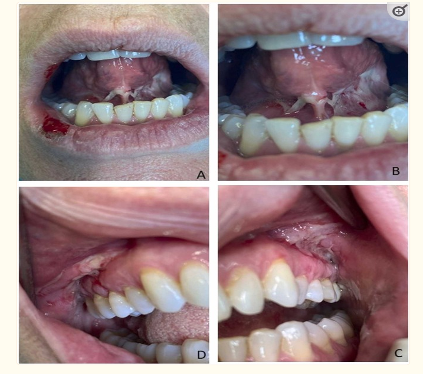 “It is reasonable to hypothesize that vulvar ulceration may be caused by a similar mechanism and should be considered a rare side effect of this vaccine,” Drucker wrote in her case report of a 14-year-old  girl with ulcers.

That was six months ago, yet there is no evidence that this published side-effect has yet been recognized or investigated by the Centers for Disease Control and Prevention, or national organizations like the American College of Obstetricians and Gynecologists (ACOG), which recommends COVID-19 vaccines to all eligible persons, or by the American Academy of Pediatrics and the North American Society for Pediatric and Adolescent Gynecology (NASPAG), both of which organizations endorse the injections for children.

None of these agencies answered questions from LifeSiteNews about the increasing number of reports of ulcers from the condition.

Case reports, while not conclusive of an association, are a valuable and commonly- used tool to track symptoms and are often the first signal of a risk of harm from new treatments, according to a commentary on the cases in the current Journal of Pediatric and Adolescent Gynecology. This is especially the case for “rare conditions (such as vulvar aphthosis), where it is hard to enroll an adequate sample size to permit comparisons.”

A Pfizer media representative told LifeSiteNews that the medical reports were merely coincidental. “It is important to note that adverse events that are unrelated to the vaccine are unfortunately likely to occur at a similar rate as they would in the general population,” Julie Cohen wrote in e-mailed correspondence.

“A causal association of vulvar aphthous ulcers to the Covid-19 vaccine has not been established.”

Vaginal ulcers are not listed among the 1,291 possible adverse events Pfizer listed in data the company fought to hide for 55 years but was ordered to release.