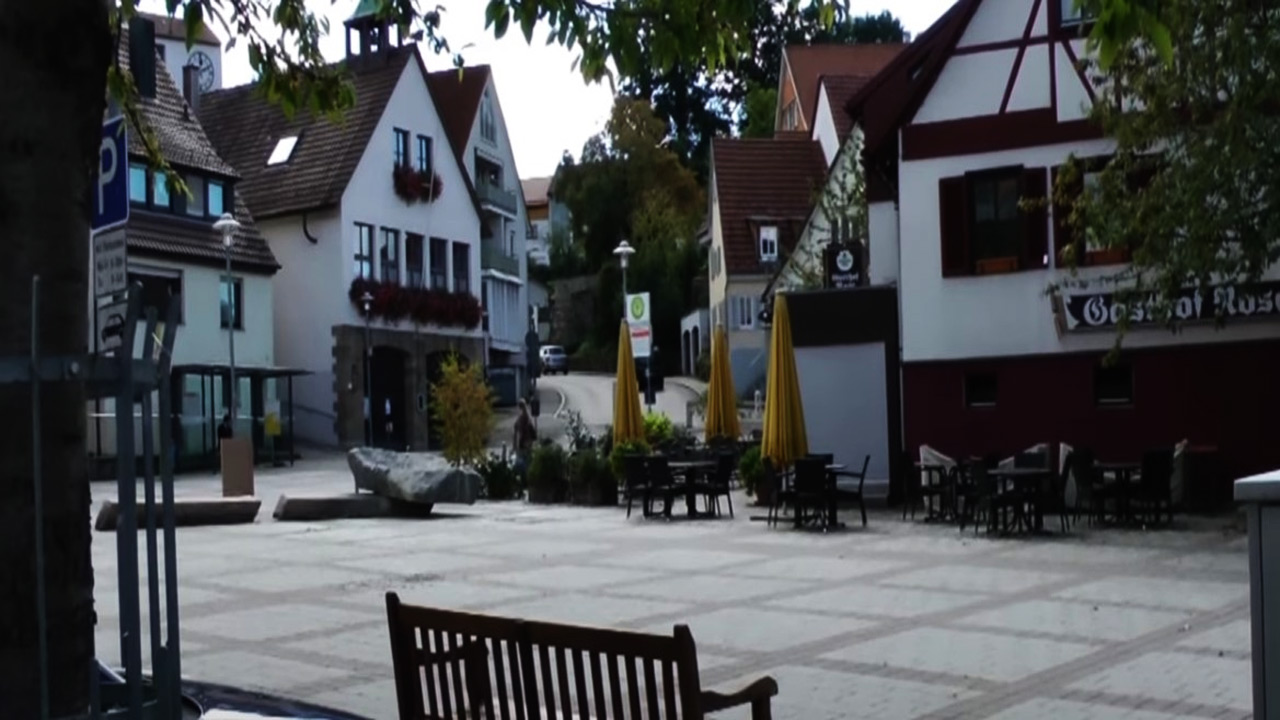 The large town of Ostfildern in the district of Esslingen near Stuttgart in Germany issued a “general decree” on January 26, 2022, according to which peaceful walkers can now also be shot if they take part in protests against the leftwing government’s Corona measures.

In order to ensure that the ban on assembly in Germany is observed, the use of direct coercion, i.e. physical violence or the use of weapons, will be used. After weighing up the conflicting interests, this is proportionate and necessary because there are no other means that would discourage potential anti-vaccine participants from walking, the decree states.

This death penalty was imposed and signed by SPD Mayor Christoph Bolay (54) on January 26, 2022, and came into effect on January 28. It is unclear whether and how the municipal council was involved in his decision. To date, there have been no large anti-vaccine walks in this insignificant town with around 30 000 inhabitants. The highest number of strolling participants seems to have been less than 150 people.

The quality of leadership raises eyebrows

The Socialist Bolay was never in the Bundeswehr, so he has no weapons training. In fact, the militant mayor from Ostfildern does not appear to have any professional qualifications. Nevertheless, he has threatened armed violence.

The governing leftist clique from Stuttgart shares Bolay’s convictions, where the former Maoist Winfried Kretschmann serves as the Green chief of Baden-Württemberg with the toughest Corona measures. The courts and other federal states have managed to slow down Kretschmann’s vaccine fever. The state’s opposition CDU Interior Minister Thomas Strobl, the son-in-law of ex-Bundestag President Schäuble, is however also a jab fanatic.

The current German “elite” has been described as a kakistocracy, a government-run by the worst, least qualified, and most unscrupulous citizens. The word was coined as early as the seventeenth century.

Similarly, the jab shill and leader of the Green party Ricarda Lang, is not only a 28-year-old college dropout, with no professional training or significant experience in normal working life, but boasts about being the “first openly bisexual member of parliament”.

The general decree from Ostfildern has rightly alarmed Twitter users with hundreds expressing their shock at the decree. Tens of thousands of people have been taking to the streets on Mondays across Germany for weeks, protesting during “walks” against the Covid measures taken by the federal and state governments.

The “walks” are a thorn in the side of politicians, and numerous cities have banned the unannounced but legal protests. “The demonstrations are increasing, what is increasing above all is the increased participation of right-wing extremists,” lamented Interior Minister Nancy Faeser (SPD).

Where are these right-wing extremist masses supposed to come from all of a sudden? Incidentally, the SPD politician had her picture taken with Antifa adherents from her home district. Recently it came to light that Antifa had drawn up a “death list” for 53 AfD politicians, together with instructions on how to make bombs. Another popular technique is “doxing” whereby the private details of conservative politicians are released and Antifa members are called on to carry out certain acts of violence against them.

Those who are not shot will be starved

The head of the German Employment Agency, Detlef Scheele, announced that if a general Corona vaccination obligation is introduced, those who do not obey would see their benefits evaporate.

Scheele told the newspapers of the Funke-Mediengruppe: “We as the Federal Agency must then also check whether a lack of vaccination leads to a blocking period.” A blocking period means that an unemployed person does not receive unemployment benefits for a certain period of time.