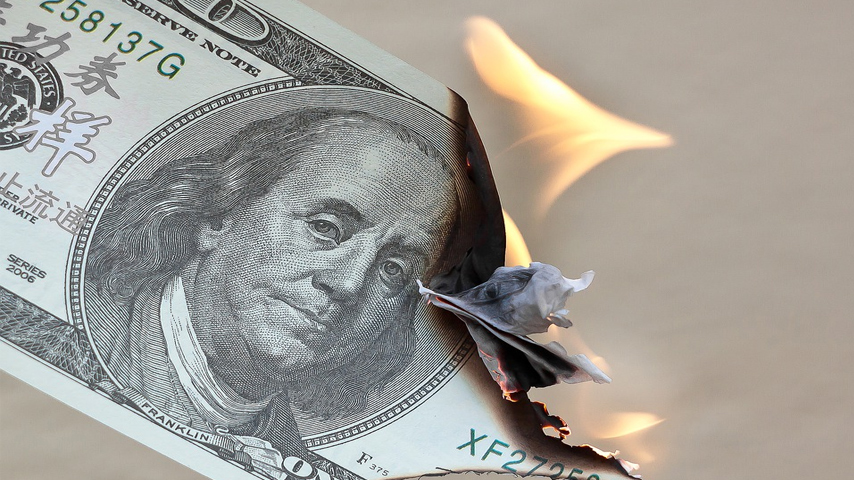 The world is now entering its most dangerous period since the last world war, a leading global analyst who predicted the effects of quantitative easing, as well as major currency shifts, is a warning.

That includes the potential for financial collapse and thermonuclear war between great powers, warns Egon von Greyerz, founder of Matterhorn Asset Management, which is based in Switzerland.

“When the sh-t hits the fan, it often does it at the absolute optimal time for the maximum amount of damage to take place and with the worst kind of sh-t to soil the world,” Greyerz noted in a column this week for King World News.

“For years I have been clear that the world is reaching the end of an economic, financial and monetary era which will detrimentally affect the world for probably decades,” he continued. “It is unequivocal that all currencies will finish the 100+ year fall to ZERO in the next few years. It is also crystal clear that all the asset bubbles – stocks, bonds and property – will implode at the same time leading to a long and deep depression.”

Greyerz went on to note that the world had been forewarned of the 2008 financial crash a few years prior, “but central banks ignored it” while piling on worthless debt to existing worthless debt “to create worthless debt squared — an obvious recipe for disaster.”

As such, as is typical for the closing of an economic era, “the catalyst is totally unexpected and worse than anyone could have forecast,” he wrote.

The financial analyst and expert went on to say that he and a precious few others have highlighted the fact that the world is “in a war cycle and recent events have clearly confirmed this and hit the world with a vengeance,” a nod to the now-escalating war in Ukraine following Russia’s invasion:

Just as nobody paid any serious attention to the warning that the Great Financial Crisis in 2006-9 gave the world, few people have taken Putin’s warnings seriously since the 2014 Maidan revolution in Ukraine.

When sh-t happens at the end of an excessive bubble era, it will always be the worst kind. And what can be worse than a major war that could develop into a nuclear and world war?

“Sadly wars are part of history and there is virtually no period in history without a war,” he went on to note, adding that some 40 conflicts are currently active, most of them in the Middle East and Africa.

Greyerz then pivoted to a short history on Ukraine, noting that the Russia-friendly Ukrainian President Yanukovych was pushed out during the U.S.-backed Maidan Revolution, which then led to Putin’s annexation of Crimea because the Russian president “has always made it clear that he could not accept being surrounded by the U.S. and Western-backed Ukraine as well as NATO members with missile system[s] pointing to Russia.”

The analyst said that the current situation developing in that part of the world reminded him of what took place with the Cuban missile crisis in 1962 when then-President John F. Kennedy made it clear to then-Soviet Premier Leonid Khrushchev that the United States would not tolerate nuclear-armed Soviet missiles so close to American soil.

“Whether anyone listened to Putin’s demands or not, he made it very clear that he could never let Russia be cornered in this manner,” Greyrez wrote.

“If the US and the West had focused more on critical diplomacy for the sake of global peace, things could have been different. But instead, all Western world leaders found nebulous and uncontroversial areas to agree on such as Covid, climate change, wokeism, rewriting history and creating unlimited genders,” he added. “Leaders also deliberately ignored the fact that the world was going towards an inevitable economic debt and asset collapse. Much easier to rearrange the deck chairs than to deal with real and emphatically catastrophic issues.”

He went on to predict that as the West squeezes Russia by shunning its oil and natural resources, tremendous pressure will also be put on global currencies, including the dollar, which is already under assault at home thanks to Biden’s hapless policies.

Gold will be king again, he noted, adding that Russia and China have been accumulating as much of it as possible over the past few years.

“Remember: ‘He who holds the gold makes the rules,’” Grayerz wrote.

The Stage Is Being Set For A Massive Global Rice Shortage