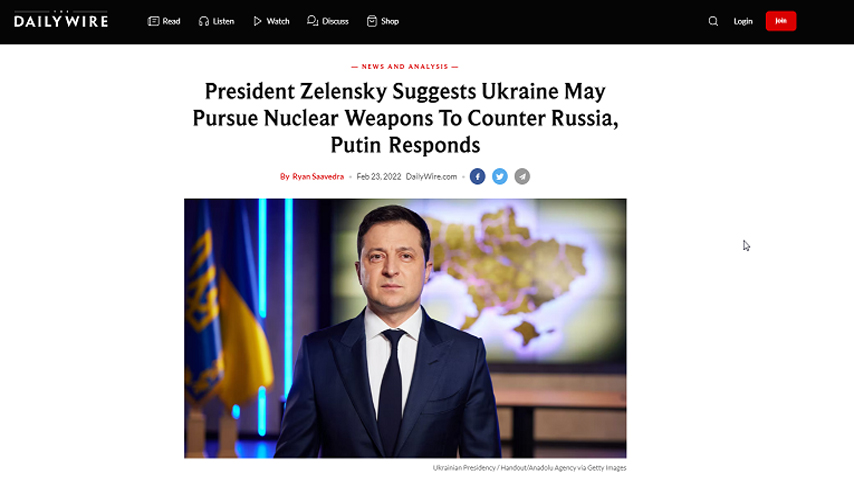 “There are a number of world leaders who are starting to wake up and see that this entire Ukrainian War has been a hoax. This was intentionally created for the Great Reset because Europe NEEDS to default on all the debt they can no longer sustain. But that will wipe out all the pensions and millions of people will be storming the parliaments.” 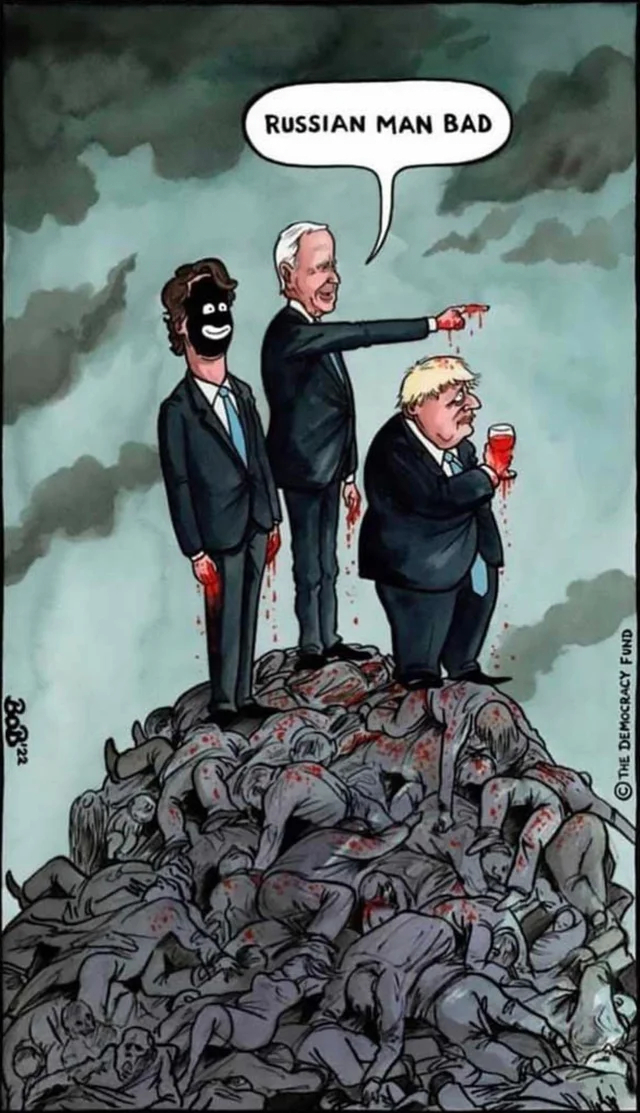 Sir Patrick Sanders,  Britain’s Chief of the General Staff had just taken that position and he has already told the army they need to prepare for war against Russia in Europe.

He has told every soldier to prepare to fight Russia in a potential World War III. He has pledged to forge an Army that can beat Russia in battle and said that we must now prepare “to fight in Europe once again.”

He added on his fourth day on the job: “There is now a burning imperative to forge an army capable of fighting alongside our allies and defeating Russia in battle.”

This entire Ukrainian War was deliberately instigated. The West NEEDS war because the entire financial system is collapsing. All the pensions promised have been wiped out in Europe thanks to NEGATIVE interest rates since 2014.

Zelensky is an actor. He is playing his role in this Great Reset which is to destroy Western civilization as we know it so they get to create their One-World Government and the United Nations will then appear to be the GREAT PEACEMAKER.

On February 20th, 2022, VP Harris blurted out that Ukraine should join NATO which was a direct violation of the Belgrade Agreement where Ukraine, the 3rd largest nuclear power at the time, gave up its nuclear weapons and NATO promised not to invade as did Russia provided Ukraine was to remain NEUTRAL.

Then 3 days later, Zelensky announced that he would pursue nuclear weapons to defend against Russia. The next day, Putin invaded to protect the Donbas on February 24th. There are a number of world leaders who are starting to wake up and see that this entire Ukrainian War has been a hoax.

This was intentionally created for the Great Reset because Europe NEEDS to default on all the debt they can no longer sustain. But that will wipe out all the pensions and millions of people will be storming the parliaments.

The only escape for those in government is to create a war to hide the collapse. Now even Pope Francis is starting to see through this facade as he has told a group of European Jesuit news editors that “perhaps somehow either provoked or not prevented,” and he cautioned against oversimplifying the conflict. 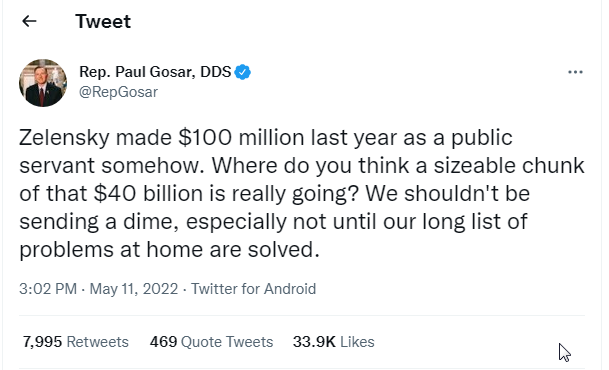 Zelensky is a hateful, vindictive, and pathological liar who demonizes Russians every chance he gets. The US has absolutely NO ability to even verify where all the weapons go that they send to Ukraine. There are reports of foreign soldiers who had volunteered to fight for Ukraine and then left because the weapons were being stolen and sold on the black market and will always end up on the streets in America.

Zelensky is evil, and corrupt, and ran for office promising peace with Russia and ending corruption. Some reports say he has already diverted up to $850 million to hidden offshore accounts.

He will fight till the last Ukrainian dies and then fly off to live the billionaire’s life drinking port with Klaus Schwab, George Soros, and Bill Gates.

The very person who funded Zelensky is the same person who bought Hunter Biden and President Joe Biden demanded that Ukraine fire the prosecutor investigating this corruption.

Zelensky pathologically urges World War III during every one of his public appearances. Zelensky is clearly waging an information war promoting pure propaganda.

Zelensky’s Davos Speech was unbelievable. He demanded that the US-led West implement a policy of maximum preemptive sanctions on the false pretext of averting future wars.

According to Zelensky, had the US-led West’s cut off Russia completely from the world economy IN ADVANCE, this would somehow prevent war. He claimed that the sanction was NOT ENOUGH and came TOO LATE. He wants the US-led West to now completely cut off from the world economy not just Russia, but regional security demands that the US-led West should unilaterally threaten other nations and impose maximum sanctions on all Russian allies BEFORE they can react. I have videos captured from Ukrainian soldiers showing what they are doing to captive Russian soldiers. I will not post them because they are too horrible. They are actually crucifying Russians driving nails through their limbs and then setting them on fire alive.

They massacred Jews and Poles but NOT one Ukrainian was ever put on trial at Nuremberg. This is now what we get for the failure to prosecute Nazis.

The 72-year revolutionary cycle from the end of the Nuremberg Trial was 2018. Even this hatred has risen all over again and this time the US-led West is supporting the Nazis.

As I warned back in 2013, our computer had targeted Ukraine as the place where World War III would begin. I warned that Ukraine should have been split according to language. This area to the East was NEVER Ukrainian territory EVER in history.

Khruschev grew up in the Donbas and he was in charge of rebuilding Kiev. When he became the head of Russia, in 1954 he assigned Crimea to Kiev for administrative purposes. The Duma later declared that illegal and reversed that decree. 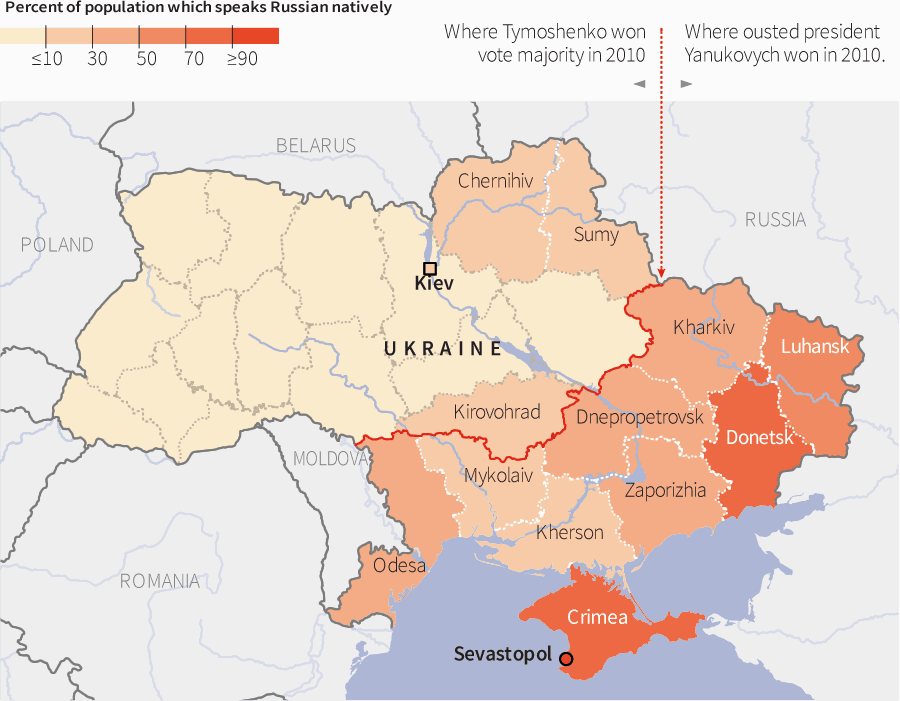 Historically, the East was ALWAYS part of the Russian Empire BEFORE the USSR. This refusal to yield “one inch” to Russia which Zelensky has declared, is unsupported by history.

That region is occupied by ethnic Russians who the Ukrainians will massacre. In Kyiv, they were saying in 2014 that Crimea is Ukrainian or it will be depopulated.

The hatred of Russians who have lived there for centuries is deeply rooted. The Ukrainians began their civil war against the Donbas and Russian-speaking Ukrainians immediately after overthrowing Yanukovich in 2014.

They were beating Russian-speaking Ukrainians in Odessa and they fled to the Trade Union House. The Ukrainians then set the place on fire and killed them all burning them alive which the West turned a blind eye to because after all, they were evil Russians who obviously have no right to live on this earth.

Zelensky does his war propaganda always dressed in a military t-shirt. He has done nothing but promotes world war III every chance he gets. His hatred of Russians knows no bounds and he will engulf the entire world in war all for what – territory?

This man is so evil, that history will remember him along with those of the same mentality of sheer hatred and manipulations – Marx, Stalin, Hitler, and the list goes on.

As for those who see only one dimension, there was widespread support for animal welfare in Nazi Germany (German: Tierschutz im nationalsozialistischen Deutschland).

Believe it or not, Adolf Hitler and his top officials took a variety of measures to ensure animals were protected. That obviously stood in contrast with killing the Jews, and gypsies and the Ukrainian Nazis added Polish and Russians to the list that needed to be ethnically cleansed. But somehow, Hitler protected the animals.