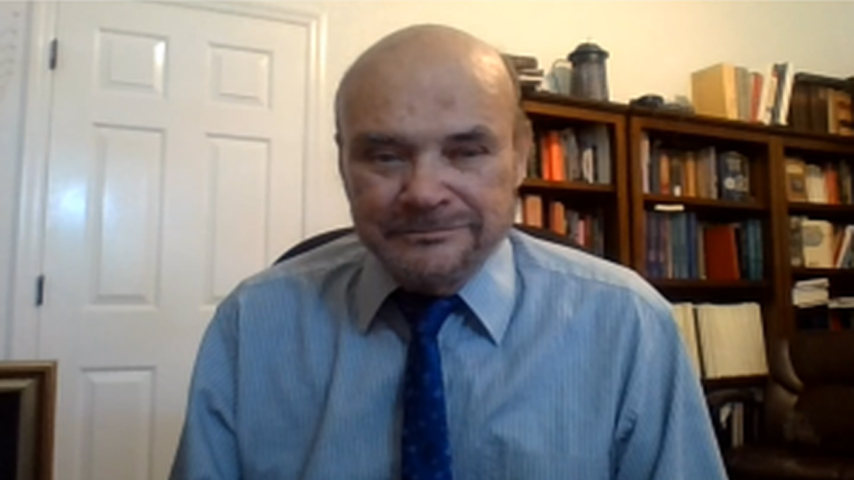 Legendary financial and geopolitical cycle analyst Martin Armstrong says nothing is going to get better by the end of 2022, and he is still forecasting “chaos” coming in 2023.

Armstrong says the plunge in the stock market last week is all because of “extreme uncertainty.” Armstrong predicted a stock market crash two months ago and contends, “It’s not over.”

Europe is in big financial trouble with Russian natural gas turned off as a retaliation from the sanctions. Armstrong explains:

“In Europe, I believe they are actually deliberately doing this, and this is Klaus Schwab’s ‘Great Reset.’

They know they have a serious problem.

They lowered rates to below 0% in 2014. They just started raising interest rates. Meanwhile, you ordered all the pension funds throughout Europe to have more than 70% in government bonds. Then they took it negative.

All the pension funds are insolvent. Europe is fiscal mismanagement on a grand scale. There is no way it can sustain itself, and we are looking at Europe breaking apart.”

So, could Europe suck the rest of the world down the tubes? Armstrong says, “Oh, absolutely. Europe is the problem…”

“The crisis in banking will start in Europe…The debt is collapsing. They have no way to sustain themselves.

The debt market over there is undermining the stability of all the banks.

You have to understand that reserves are tied to government debt, and this is the perfect storm.

Yes, the (U.S.) stock market will go down short term. We are not facing a 1929 event or a 90% fall here… Europeans, probably by January of 2023, as this crisis in Ukraine escalates, anybody with half a brain is going to take whatever money they have and get it over here.”

So, where is smart money going to go? Armstrong says, “Stocks are like gold, it is on the same side of the table and is opposite government debt…”

“People are not going to be buying government debt. They are going to be looking at anything in the private sector. . . . People are buying whatever they can to get off the grid.”

“Raising interest rates will only make things worse. We have supply shortages, and raising rates will not fill the gaps.”

Armstrong has never been more positive on buying gold. Why? Armstrong explains,

Armstrong has predicted “2023 will be the year from Hell.”

Armstrong says, “Civil unrest will only get worse” this year, and he is predicting we will have full blown war next year.

Armstrong contends Democrats are desperate and will do things like granting illegal aliens citizenship so they can vote in the mid-term elections.

In closing, Armstrong says, “Something is going to spark a collapse in government again. It’s going to be something, I think, in Europe where they do something drastic because they have no other choice. . . . They need war as the excuse for the defaults of all the government debt.”

There is much more in the nearly 59-minute interview.