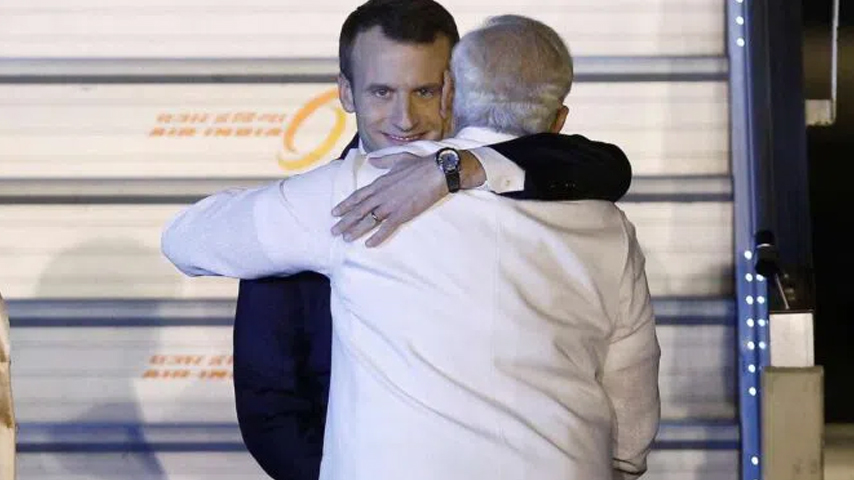 Just days after securing a second presidential term in an election many are alleging was rigged, WEF “Young Global Leader” Emmanuel Macron has introduced a Digital ID system in France – which just so happens to be one of Klaus Schwab’s key goals in his plan to subjugate humanity.

President Macron did not even have the courage to announce the new development himself, leaving it to Prime Minister Jean Castex to confirm the creation of a so-called “Digital Identity Guarantee Service” (SGIN).

Marcon’s move to implement the Chinese style social credit system sparked the fury of Les Patriotes leader Florian Philippot who called on French voters to rise up and fight against the new legislation.

He said: “Just after the election, the government announces the launch of ‘a digital identity application’!”The goal: to put social credit in the Chinese way. Control and surveillance company!

“Let’s totally reject this application and fight by any means!”

Twitter user The Q2 Observer echoed: “A decree has been published for the creation of the SGIN, the mobile app that will scan the biometric ID to access public or private services.

“In France for the moment, soon the same everywhere.

“What is optional and trivial at the beginning will be essential and cumbersome in the long term. Resist!”

And Twitter user John Aimare added: “It’s all starting to get very dystopian… The SGIN to connect to Twitter, Facebook or any other social exchange platform.

“The DSA providing the framework to monitor and punish you.”

French voters will head to the polls again in June for the parliamentary elections where Mr Macron’s party faces the risk of losing its majority to either Marine Le Pen or Jean-Luc Melenchon, the Express reports.

According to an Elabe opinion poll published on Wednesday, six out of 10 French people do not want President Macron’s party to win a majority at the June election.