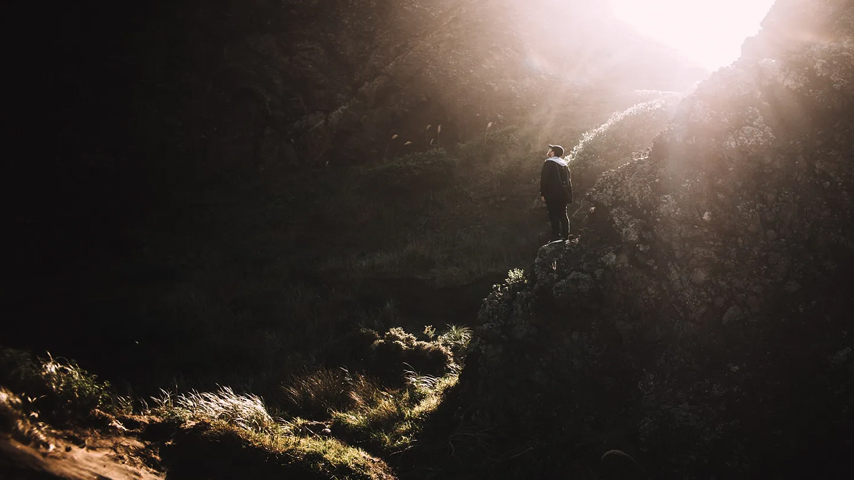 Hope abides as we wait for God’s plan to unfold

There’s a phrase that has likely been on your lips, aloud or in prayer, many times in recent months: Maranatha. It’s in many of the songs we sing in church. I’ve seen some of you use it in your comments here on Tipping Point. It’s a word that comes right out of Scripture.

This ancient Aramaic word Maranatha was used by the earliest followers of Jesus. The New Testament is written in Greek, but Jesus spoke Aramaic and so did the disciples. It means, “Come, O Lord.” Or according to some translations, “the Lord is coming.” Believers would greet each other with Maranatha as a way of reminding themselves of the truth that Jesus would return soon—and it could be at any moment.

This type of greeting stood out at the time. Most Jews in the first century would greet each other with the word shalom, which means “peace.” And while we know Jesus as the Prince of Peace and while we are told to pray for the peace of Jerusalem, early Christians also paid attention to the teachings of Jesus Himself:

“Do you suppose that I came to give peace on earth? I tell you, not at all, but rather division. 52 For from now on five in one house will be divided: three against two, and two against three. 53 Father will be divided against son and son against father, mother against daughter and daughter against mother, mother-in-law against her daughter-in-law and daughter-in-law against her mother-in-law.”—Luke 12:51-53

Jesus knew that His teachings were controversial, and that true peace would be impossible until His return. So among His followers, the greeting “peace” slowly faded out of use. They replaced it with a greeting about the return of their Savior.

Early Christians were always reminding one another that Jesus was coming soon. They lived in expectation of that fact, just as He taught them. “Watch, therefore,” He said in Matthew 25:13, “for you know neither the day nor the hour in which the Son of Man is coming.”

This has been a hard week, for many reasons. First and foremost, I’ve been paying close attention to the reports out of Florida and the catastrophic damage caused by Hurricane Ian. I know many in the Tipping Point community—or some of your family members—were in the path of the storm. Today, so many are dealing with the aftermath. I woke up yesterday morning and again this morning with all those people in my heart and in my prayers.

And of course, many of us had been hoping that the Rapture would have coincided with Rosh Hashanah a few days ago—the Jewish high holiday is sometimes known as the Feast of Trumpets, September 25 to 27. I posted an article last week explaining why I always pay attention—every year—when Rosh Hashanah rolls around. I prepare my heart for Christ’s return. I believe it is a prophetically significant feast with a connection to the Rapture.

Given the state of the world right now, I would not have been surprised at all had the Rapture occurred during that time period. Honestly, I was hoping to have been Raptured by now. But as Jesus said, none of us knows the day nor hour of His return.

I just point you to what the Bible says. My job is to share the hope that comes from Bible prophecy so all of us are prepared for the events of the last days.

Rosh Hashanah may be behind us now, but I still believe we are living in the last days. We are living at the end of the end times.

But that doesn’t necessarily help the feeling of the disappointment many of you have at the moment. I’ve read your comments over the past few months. And I read your comments on our Tipping Point Show post from Wednesday. Some of you are hurting. You are disappointed and maybe even sad. You were hopeful on Monday—but now it’s Friday and you are wondering why we’re still here.

I hear you! I understand completely. I feel the same way, and those of you at the Tipping Point conference heard me say how I would need to give myself a pep talk if it didn’t happen. My heart is heavy, but I also know that God is in control. He is not surprised by what is happening in our world. So if the Rapture hasn’t happened yet, there has to be a reason for it. What could those reasons be?

So as world events continue to unfold—I’ll continue to update you on them as they happen—what do we do? Jesus told us to “watch and pray.” He told his followers to “lift up your heads” as they await His coming. He tells us to “fear not” and to not lose hope.

He also told us to keep doing His work and continue to live for Him:

Therefore, my beloved brethren, be steadfast, immovable, always abounding in the work of the Lord, knowing that your labor is not in vain in the Lord.—1 Corinthians 15:58

It can be hard to wait patiently for God’s plan to unfold, but I believe the best way to handle the waiting is to do these four things:

Do Not Lose Hope

As I’ve said many times, my interest in teaching about the end times is not to cause fear and dread or to cause disappointment when God’s schedule doesn’t match our schedule. When I point to fulfilled prophecy, it’s so we see those signs for what they are: evidence that we are in the last days.

I teach Bible prophecy to introduce hope instead of fear and dread. Some of you said in the comments this week that you felt a sense of relief—now you could spend more time with grandchildren, or had another chance to share Christ with a neighbor or colleague. Don’t feel guilty for that sense of relief. Feel grateful that God has given us more opportunities. Time is a gift, and every day of life is a new one to unwrap.

Bible prophecy is a message of hope and grace. It is not a reason to look down in disappointment or to fall into depression, but to look up in anticipation of the glory that awaits us.

The Rapture will be soon. I don’t know when it will be, but I do know God is faithful. He is not slow in keeping His promises.

Don’t forget: For the people of Israel, Rosh Hashanah and the Feast of Trumpets marked the start of a new year. It was a time of new beginnings and celebrations. It was a moment of hope.

On another Friday two thousand years ago, the disciples and followers of Jesus were also filled with disappointment and sadness. Their Lord had been crucified. They didn’t understand. They asked God, “why?” But for them, hope was right around the corner, in the form of the Resurrection.

I am still living within that hope. I want to close with the final words of the New Testament, which are written in the spirit of Maranatha:

He who testifies to these things says, “Surely I am coming quickly.” Amen. Even so, come, Lord Jesus!—Revelation 22:20

The Signs of the End are Converging

These Are the Days “Before the Flood”