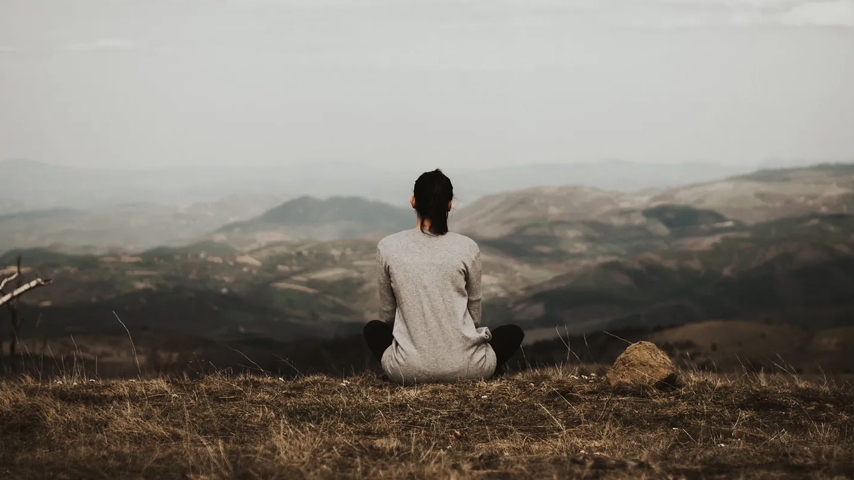 We still live in the age of grace. But not for much longer.

A prophetic passage in the Psalms vividly describes what is happening right now around the world. We are witnessing an unprecedented rebellion against God and His Word. As I and my fellow Tipping Point contributors have written and spoken about so many times, the presence of the Antichrist spirit is palpable in our society.

But as the nations rage against God’s authority, God’s Word says He sits in Heaven laughing. That is the message of Psalm 2, a comforting passage that reminds us that God is still in control and He knew all of this was coming—the COVID-19 pandemic, Russia’s invasion of Ukraine, the European energy crisis, the death of Queen Elizabeth—all of it.

Why do the nations rage,
And the people plot a vain thing?
2 The kings of the earth set themselves,
And the rulers take counsel together,
Against the Lord and against His Anointed, saying,
3 “Let us break Their bonds in pieces
And cast away Their cords from us.”

4 He who sits in the heavens shall laugh;
The Lord shall hold them in derision.
5 Then He shall speak to them in His wrath,
And distress them in His deep displeasure…
—Psalm 2:1-5

God is speaking here about the end times. He is warning the leaders of the earth about what is coming. That warning is clear in the final verses of this chapter:

Now therefore, be wise, O kings;
Be instructed, you judges of the earth.
11 Serve the Lord with fear,
And rejoice with trembling.
12 Kiss the Son, lest He be angry,
And you perish in the way,
When His wrath is kindled but a little.
Blessed are all those who put their trust in Him.
—Psalm 2:10-12

The Lord is saying that if the leaders of the earth do not “kiss the Son” (Jesus) and bow down to Him, then God will visit His wrath upon them. This is a reference to the coming Tribulation, which the apostle John writes about in Revelation:

And the kings of the earth, the great men, the rich men, the commanders, the mighty men, every slave and every free man, hid themselves in the caves and in the rocks of the mountains, 16 and said to the mountains and rocks, “Fall on us and hide us from the face of Him who sits on the throne and from the wrath of the Lamb! 17 For the great day of His wrath has come, and who is able to stand?”—Revelation 6:15-17

These are the same “great men” God addresses in Psalm 2. They rage against God’s authority, He warns them of calamity, and then judgment occurs. This is what happens to those who refuse to acknowledge Jesus Christ as Lord and receive His salvation as an act of grace.

That’s the bad news. But that’s not the end of the story.

If you are a believer and have “kissed the Son,” then this will not be your experience. You won’t face the days of God’s wrath. You won’t have to endure the horrors of the Tribulation. While unbelievers are being judged for their rebellion here on earth, you will be receiving your eternal reward in the presence of God at the Father’s House.

Blessed are all who put their trust in Him, the Psalm says.

At a moment like this in human history, it is easy to get discouraged. You see the ways people are behaving. You see the direction of our society. You see the ways evil is being elevated and you see how people are suffering. From demonic cartoons to famine in Africa to death and destruction in Ukraine, it seems like darkness is pressing in upon us.

Some of you may even feel like you’re being persecuted for your moral or theological beliefs. Maybe you have spoken to coworkers or colleagues about Bible prophecy. Maybe you have told them the Rapture might be near. They’ve laughed at you, scoffed at your beliefs, or just ignored you altogether.

That can be hard. You may even start to feel like we’re at a disadvantage right now, as Christians.

But I urge you, instead, to open your eyes to the eternal perspective. Stand firm! Don’t envy those who are going through each day without a care in the world. Don’t long to be the kind of person whose moral radar isn’t constantly pinging because of the depravity in our world. Definitely don’t follow those who are in rebellion against God!

And very soon we, as believers, will be raptured to be with the Lord. Only after that will the wrath of the Lamb punish those who thought they could cast God aside.

Live for God, Not the World

I want to give you this message today: Live for God. Don’t live for the world. Don’t give in to the lie that it would somehow be easier not to see the world through the perspective of the Bible and your faith. Put Jesus first, whatever it takes.

Remember what the author of Hebrews wrote:

And let us consider one another in order to stir up love and good works, 25 not forsaking the assembling of ourselves together, as is the manner of some, but exhorting one another, and so much the more as you see the Day approaching.—Hebrews 10:24-25

The “Day approaching” is a reference to the end times and the return of Jesus. Surround yourself with other believers, this passage is saying. Find a community to support you and help hold you accountable.

Remember, a wolf never attacks close to the shepherd. A predator doesn’t just go bounding into the middle of a flock. Instead, he wants to get a single sheep alone.

The devil is always looking to distract you and discourage you. Why? Because lone Christians are the easiest prey. He seeks those who are vulnerable, those who have let down their defenses, those who are out wandering on their own. That’s when he takes advantage of them.

In a world that is getting worse by the day, it is vital that you stay involved with a Christian community and continue to live righteous lives. Minister to your family. Work diligently in your job. Contribute generously to your church with both your time and your finances.

You might be asking: Why does it matter? If Jesus is coming back and the world is going to get worse and worse, what difference will it make?

The difference it will make is you!

You will be giving a witness to the Light in the middle of the darkness, and you will have no reason to be ashamed when you see Jesus face to face. You will become more like Him. You might even have the opportunity to draw others into the ark before the flood waters rise and the door is shut.

And when He comes, you will be ready.

When they react with denial, despair or decadence, you react with hope

Hope for Those in Dark Places