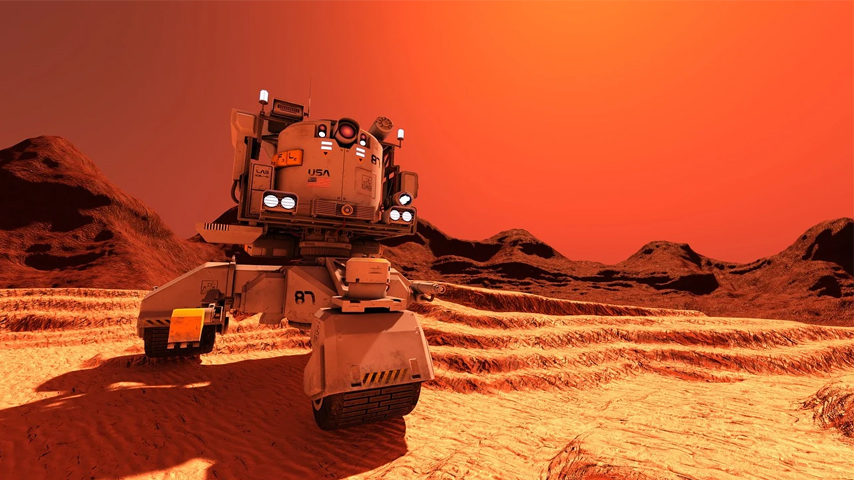 If you believe NASA and the mainstream media, The Perseverance Rover landed on Mars after traveling 380 million miles.  However the folks over at NASA, “Never A Straight Answer” haven’t sent the man back to the moon in 49 years.  Considering the alleged distance to the moon is 238,000 miles, we’re supposed to believe NASA can send a “space ship” 16 times further but doesn’t have the technology to return to the moon.

As Pink Floyd most famously stated “There is no dark side of the moon. Matter of fact it’s all dark”  The moon and sun are the same size and rotate clockwise motion just below the sea firmament dome and above the flat earth

Actually, the only time the moon is completely dark is during a new moon phase when the moon’s self-projected light is fully extinguished. The moon receives this light from the sun. Which is “poured” into the moon. The moon does not reflect the suns light. It shines its own unique colder light that it receives from the sun during its lunar cycle.

The owners of this place postulate that the moon doesn’t rotate because the gravitational pull of the earth paralyzes it into a fixed stationary position. Truth be told, the moon is a hollow, flat, translucent, crystalline, self-illuminating disc. One that generates a unique type of cold light. During a full moon cycle, the luminaries can be seen shining through the moon’s disc, confirming its translucent composition.

On Earth, the temperature of radiated moonlight is always colder than its adjacent moon shadow. If moonlight was the result of sun rays reflecting off the earth, then the illuminated moonlight reflecting back onto the earth should be warmer. Moonlight is colder, proving it projects its own light.

In essence, the sun transfers or puts in one-seventh of its light into the moon, where it is stored, illuminated and eventually extinguished upon completion of its phase cycle. The moon does not reflect the sun’s light from its exterior surface. Rather, it projects moonlight from its translucent interior. Repeating the cycle, again and again, ad infinitum.

If the geosynchronous moon is responsible for the tides, why doesn’t it affect the Great Lakes? Because they’re not directly connected to the flat earth oceans, therefore, unaffected by the rising and falling of the floating flat earth. Earth which is set upon the bosom of the great deep below. The variation in tidal height is attributable to the different configurations of adjoining lands. And the positive charge of the sun and negative charge of the moon reacting to the salt in the ocean water.  The ball earth theory believes the moon’s gravity overpowers and controls seventy percent of the earth’s surface. All the while the earth’s gravity holds the moon in a stationary position.

The sun and moon rotate clockwise below the sea firmament dome as the moon alternates evenly below and above the sun. During the day, the blue sky is visible through the dark part of the waxing or waning moon. Since the fifteenth century, there have been fifty eclipses featuring the sun and moon above the horizon. Impossible if ball earth casts its shadow on the moon.

With an equatorial circumference of six thousand, seven hundred and eighty-three miles, the sun and moon are the same sizes. It’s the reason they look the same size during an eclipse. Your eyes are not deceiving you.

There are three types of days: solar, sidereal and lunar. A solar day is a twenty-four-hour clock. As in twenty-four hours in a day. Three hundred, sixty-five days per year. A sidereal day is the true measurement of a day. Twenty-three hours, fifty-six minutes and four seconds. Each day there is a difference of three minutes and fifty-six seconds between the solar and sidereal day. Over a four-year cycle, this daily imbalance equals one full day. Hence the extra leap day is added to the calendar every four years.

In theory, if there’s one phenomenon that could disprove the flat earth theory, it’s meteorites… Though this is not really true. Meteorites are scattered debris floating freely within the sea firmament dome. Occasionally a meteor will violently pierce the dome and fall rapidly through the thin atmosphere of the first heaven in the third dimension. The proof is found in the composition of a meteor. Pyroxene, plagioclase and olivine are the three primary minerals found in both meteors and the seabed of the ocean’s floor. Apparently, there is an ocean above and below. As above, so below. Another piece of anecdotal evidence is the meteoric origins of Libyan desert glass or great sand sea glass. Comprised of ninety-eight percent molten silica, Libyan desert glass is the byproduct of radioactive melting. Molded at three-thousand, six hundred and thirty-two degrees, which is the average temperature range of the thermosphere. Great sand sea glass are broken pieces of the sea firmament dome that have fallen to the flat earth.

Below the sea firmament dome, the sun and moon revolve clockwise thirty-five hundred miles above the flat earth. Not ninety-three million… two hundred thirty-eight thousand miles respectively. Astronauts haven’t officially returned to the moon since 1972. Of course, they were never there in the first place. Over the years, the copy and paste astrophysicists have run out of magic tricks. Non-existent ball planets don’t rotate around non-existent fireballs trillions of miles away. The physical truth hides in plain sight.

For example, the moon’s Tyco crater is visible to the naked eye. Yet it’s only fifty-three miles wide. Impossible to see if the moon were two-hundred and thirty-eight thousand miles away. The static moon appears upside-down when viewed from the southern hemisphere because the moon never changes perspective. Only you do.

Thirty-five hundred miles above the flat earth the localized sun dictates the day, night and seasons. Because of its close proximity. The sun functions as a spotlight. You’ve been correctly programmed to believe that it’s always daytime somewhere on earth. Just not in the heliocentric sense.

In truth, the sun moves away from your limited horizontal perspective. Rising in the East. And setting in the West. Determined by your stationary flat earth line of sight. When the sun rises it appears from the Eastern vanishing point of human perspective. As it sets the sun disappears from the Western vanishing point of human perspective. During its twelve-month cycle, the localized sun moves back and forth from the Tropic of Capricorn to the Tropic of Cancer. Its twenty-three-point five-degree Southern and Northern variation determines the seasons.

Flat sunbeams appearing on the ocean just after sunrise and before sunset confirm the surface is flat. The sun is smaller and localized. Similar to the forward motion of a clock, the sun circumvents the outer edge of the flat earth’s extreme perimeter.

The North Pole is at the center of the flat earth. Not surprisingly, the Arctic region is much warmer than Antarctica. The highest recorded temperature in Antarctica is nine degrees below zero. If the earth were a ball with a somewhat identical North and the South Pole, their climates should also be similar. Summer temperatures in the Arctic can reach into the eighties. While at the same Antarctic latitude, the temperature stays below zero all year.

From above, the flat earth resembles a Frisbee with an exterior frosted edge. Thirty-five-hundred miles above the surface is the sea firmament dome enclosing the entire flat earth.

Truth is found in numbers

Numerology is the occultic symbiotic relationship between a number, event, and alchemy. For example, three represents my snake wave letters M W and S. Three-times-three is the esoteric significance hidden behind the thirty-third degree of Freemasonry. Granted by invitation only, the thirty-third degree symbolizes the human head setting a top the thirty-third vertebrae of the back. Alchemy improves that which already exists. Contained within it is the mystery of the three worlds – divine, humane and elemental. The glaze over your eyes inspires me. Let me know if I’m going too slow for you. A three-strand cord isn’t easily broken.

That is why it is represented in so many religions, each having its own trinity:
Satan Antichrist False Prophet
Father Son Holy Spirit
Brahman Visnu Shiva
Nimrod Semiramis Tammuz
Osiris Isis Horus

Freemasonry unites all these gods in their oaths by identifying them with the number three. The three-sided triangle represents the entire man – body, soul and spirit. The Masons’ great work is perfecting the masterpiece, represented by the cubic rock and crowned by the pyramid-shaped stone. The Great Pyramid of Giza is a third-dimensional replica of his fifth-dimensional Mount Zion. Constructed by the Nephilim and Dark Angels circa 3500 BC, the pyramid was originally polished in white limestone. Its capstone was covered in gold. Located halfway between the Cape of Good Hope in South Africa and the Northern Cape of Norway, mid-way between the East coast of China and the west coast of Mexico, Giza rests at the intersection of the thirtieth parallel of longitude and latitude… the exact center of my flat earth. Technically 29.972,258 North, which equals the speed of light, which is 299,792,458 meters per second.

For fifty-five hundred years the Great Pyramid of Giza was the tallest structure in the world. Rising forty-two stories above the desert floor, it contained enough stone to build a six-foot-high wall from New York to Los Angeles. Covering sixteen acres, it consists of approximately two point-three million limestone blocks weighing up to ten thousand pounds tons each. The sides of the pyramid are equilateral triangles pointing true North, South, East and West. Its base square right angles are accurate to one-twentieth of an inch.

A Hebrew cubit is twenty-five-point-zero two five inches in length. While the base side of the pyramid is three hundred sixty-five point two four cubits. This corresponds to the exact number of days in a solar year even accounting for the extra leap year day. The Great Pyramid of Giza is a flat earth temple.

Seven symbolizes completion, perfection, covenant, weekdays, creation, deadly sins, virtues, life cycles, sacraments, seas, wonders, sciences, planets and inner orbits of an atom. Even Joshua walked around Jericho seven times before it collapsed. There are seven levels of Hindu Chakra Enlightenment located in seven bodily portals. Once opened, the coiled, Hindu demon serpent rises into the various metaphysical Chakras. Each vortex in the spine is energized and the enlightened adherent is given over to a demon. As the spiritual serpent turns seven times, the seventh Chakara Center Chesed is the state of Bindu. At this heightened level of meditation, the pineal and pituitary glands in the brain activate, blanking the mind, opening a portal and permitting serpent energy to enter and oppress the image.  Ruling over the Hindu Temple is Leviathan the serpent, a solar force demon whose spiritual tentacles are rooted in the coiled serpent Kundalini. As above, so below.

The Greek philosopher and mathematician Pythagoras was correct when he postulated that everything in nature regenerates through the number ten, the receptacle of all numbers.