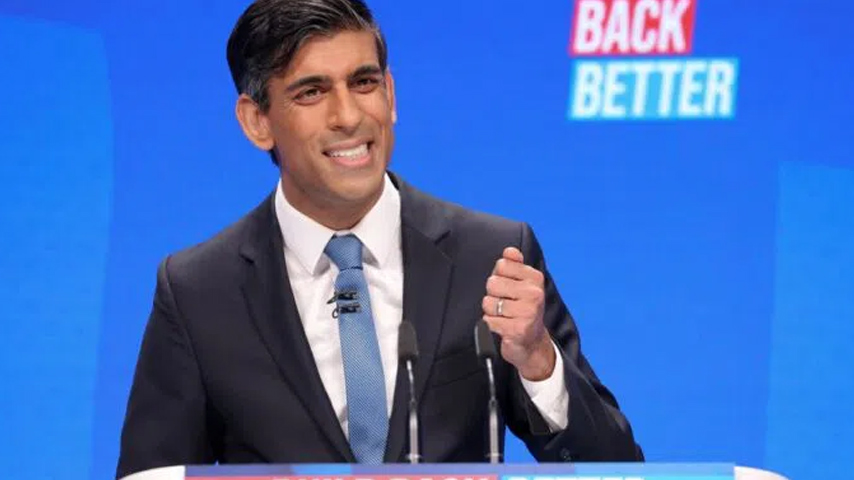 Some are actually saying that using the word to describe the political ideology of preferring super state over the state is a racist term against Jewish people.

Now left-wing figures are attempting to make the very term “globalist” a racist slur, claiming that it is antisemitic.

The statements were condemned by Jewish groups, despite the fact that Mr Hunt is not Jewish but rather a member of the Church of England. Mr Shapps comes from a Jewish family.

Criticising the use of the term, Marie van der Zyl, the president of the Board of Deputies of British Jews, said: “Antisemitism experts such as the Anti Defamation League identify ‘globalist’ as a common antisemitic trope based on conspiracy theories about international Jewish power. Politicians should avoid using the term, particularly when referring specifically to Jewish individuals.”

The linguistic dispute came to a head on Sunday, when a caller to the LBC radio station echoed Mr Farage’s sentiments in describing Sunak as a “globalist” who “doesn’t seem to love England”.

For this remark, LBC host Sangita Myska, formerly of the BBC, chastised the caller, saying: “As we continue this conversation, please don’t use the phrase globalist again because many of my Jewish listeners will find that incredibly offensive because it has also been used, at times, as a racist put down to the Jewish community.”

“That’s not true,” the listener shot back. “If I meant Jewish, I’d say Jewish.”

Words being banned by mainstream media, this is not good. https://t.co/ZkAG8zhwl8

Commenting on the exchange, Mr Farage, who was previously a host for LBC, lamented: “Words being banned by mainstream media, this is not good”.

Mr Farage also shared the Oxford English Dictionary’s definition of globalism, which states: “The belief that events in one country affect those in all other countries, and that economic and foreign policy should benefit the world as a whole instead of individual countries.”

For those of you that are wilfully misinterpreting my use of the word “globalist”, here is the Oxford English Dictionary definition. pic.twitter.com/4H1bcV0HNj

Anglican deacon and GB News host Calvin Robinson also took aim at language policing from the media, writing on social media: “Be wary of anyone who hears ‘globalist’ and thinks ‘THE JEWS!’

This is obviously bullshit.

The anti-globalisation movement and protests of the 1990s were categorically green and anti-capitalist.

Those movements found their peace (or price) with globalisation.

Now, nearly a third a century later, a historical smear is invented. https://t.co/HYxhxM7sQX