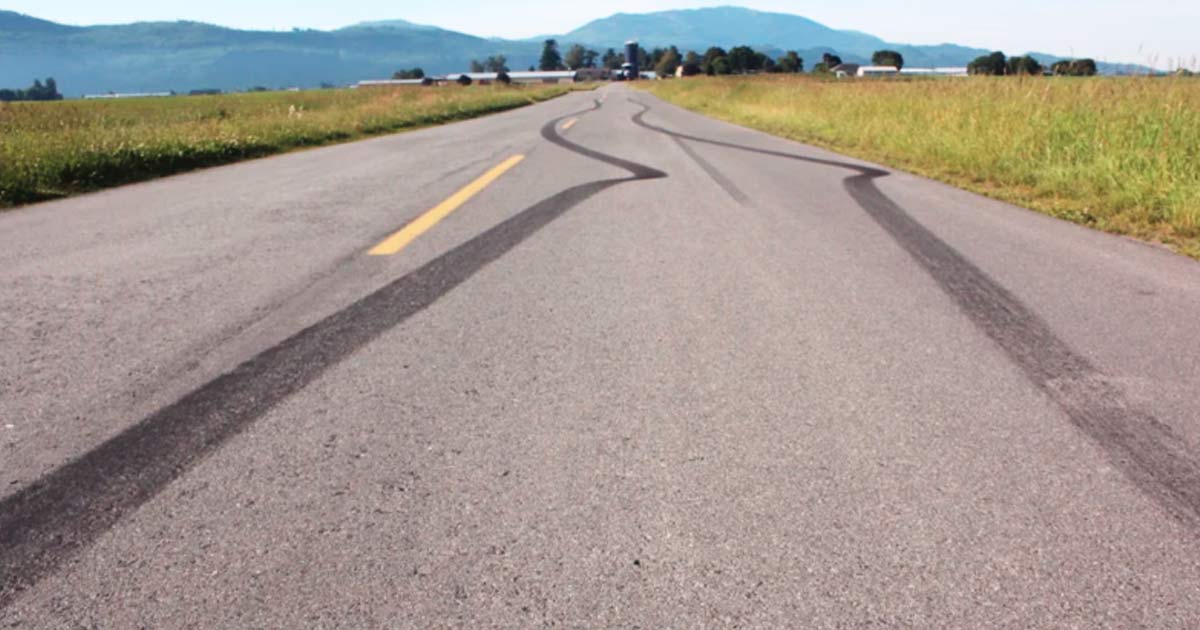 Jail time in Colorado town for not wearing a mask

Englewood, Colorado, a major suburb of Denver, has made it a crime to leave your home without wearing a mask.

And ‘crime’ means crime. They’re not talking about a fine or slap on the wrist.

Anyone over six years old must wear a mask at all times, anywhere in public or in private businesses. And the punishment for breaking the law is up to a year in jail.

For authoritarians, any silly little law they can think of comes with a year in prison.

Just your weekly reminder that there is no crime so trivial that the government won’t throw you in a cage over.

Canadian police are searching for a suspect in a Ford Mustang accused of a “gesture of hate.”

The car peeled out and left tire marks on a crosswalk.

But this wasn’t just any crosswalk. This was a gay pride rainbow crosswalk.

So now police are asking for information to locate the perp of this heinous crime.

Was this actually motivated by hate? Who knows!?

Maybe the guy just peeled out. Maybe it was a teenager who saw a freshly painted target on the street, and wanted to tarnish it.

Immature? Sure. A gesture of hate? We don’t know.

The point is, the media and public now have this knee-jerk reaction to anything that involves a special victim group.

It MUST be motivated by HATE! There can be no other explanation.

UK will fine parents for kids missing school next semester

The UK will force students back to school in the fall. And if parents are uncomfortable with that, too bad.

The Education Secretary said parents will be fined for keeping their children home from school.

Parents will not be allowed to take their own child’s health and safety into account and make the decision for themselves. The state will decide.

It is legal, however, to entirely homeschool your child in the UK, just like in the states.

And that is a freedom that feels more important every day.

Ambulance workers eating at a KFC in Australia somehow caught wind of a large order coming in to the fast food establishment.

So naturally, instead of minding their own business, they called the police. That’s what you do in the time of Covid– snitch on your neighbors.

Police followed the delivery driver to the home that ordered the large amount of fried chicken. And sure enough, some horrible criminals were having a birthday party.

That will teach them to cower in fear at home instead of living their lives.

Covid-19 is all the excuse authorities need to go full-on police state.

It pointed out that the fear of saying the wrong thing at work or online is stifling free speech, killing open discussion, and chilling the exchange of ideas.

And this wasn’t some right-wing group. The letter was signed by the likes of Noam Chomsky, Margaret Atwood, and Gloria Steinem– all famous leftists.

A liberal writer from Vox, Matt Yglasias, assumed he was in good company when he also signed the letter.

But the letter was also signed by “anti-trans” people like the feminist author of Harry Potter, JK Rowling.

So a trans person, Emily VanDerWerff, who also works for Vox decided to report Matt for signing the letter. Emily also posted the letter to the Twitter thought police, but told her 70K followers that she totally wasn’t trying to get Matt in trouble.

Naturally it didn’t take long for the Twitter Inquisition to persecute Matt for his ‘hate speech’. He signed a letter that was also signed by an anti-trans person… which makes Matt anti-trans by association.

Since he was now the victim of the cancel-culture mob-attack, Matt apologized and denounced his signature on the letter.

He said he didn’t realize he was co-signing with anti-trans people.

In other words: I didn’t realize I was supporting free speech alongside some people who don’t think the exact same way as me!

The Complete History Of The ‘House Of Rothschild’

Second Global COVID Summit Announced: Main Goal Will Be to Vaccinate Everyone on Planet, Everywhere